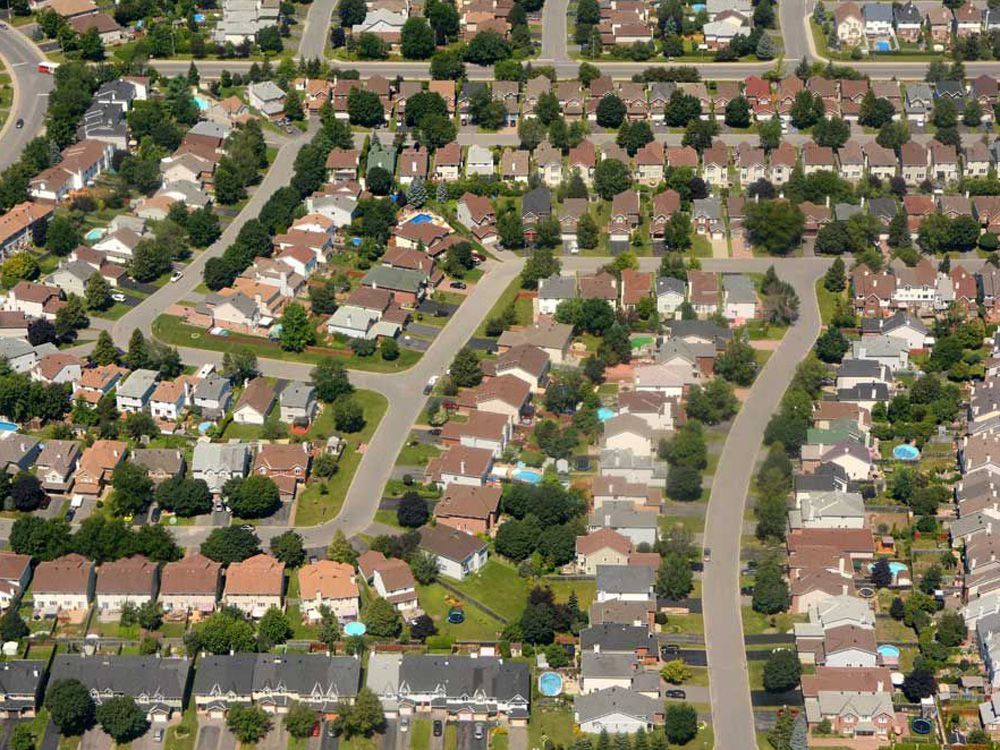 Council worried about climate yet allows the city to keep growing

Regarding the front-page articles on June 27 and 28 on the topic of new suburban communities:  When will city council and administrators figure out that the disconnect between tax dollars raised and infrastructure demand is directly related to building new communities on Calgary’s outskirts?

Do they not see the irony in addressing the “climate emergency” by continuing to approve new suburbs and exurbs which require the construction of more roads and infrastructure? The further away from the core, the higher the need for new infrastructure, services and ongoing maintenance expenses.  These costs never seem to be fully paid by the developers or the buyers. Instead, taxes against Beltline businesses and so-called inner-city residential owners soar to unsustainable levels (and the definitions of “Beltline” and “inner-city” continue to expand).

The unending urban sprawl also cuts into land required to provide food for city dwellers.  It is time for planners, developers and council to focus on creative ways to fulfill housing needs within the city’s existing footprint. As long as the sprawl continues, the costs of construction and maintenance of infrastructure services will continue to spiral out of control.

Charles Ruigrok, interim president and CEO of Enmax, needs a wake-up call. How heartless can one man be, bragging that they have reduced the number of “limiters” placed on customers when his predecessor earned $3.8 million in compensation for less than 17 months’ work? Is that because the customers have probably paid back the obscene amount charged by Enmax in the first place?

I’m not surprised that Mayor Joyti Gondek didn’t comment, but by being silent, she is endorsing the process. However, she correctly states, “We’re not really getting it right.”

Grateful for eyes in the sky

I say carry on boys, keep working the sky! As a West Hillhurst resident, I find the letter writer’s complaint offensive. Those two-legged criminals on foot or in stolen cars don’t care about their impact on our tax dollars.

When you hear the police helicopter, perhaps you should stay inside with doors locked, be grateful that the criminal they are after doesn’t find your back door, banging and screaming for you to let him in because the police are after him. Like we experienced.

Re: Now is the time to chart a sustainable path forward; Commentary; Be prudent, but also bold, in downtown revival, Opinion, June 24

I live on the south side of the CPR tracks. My home is less than a kilometre from the 11th street railroad crossing. I always consider using this crossing when I am going downtown whether I am walking, biking or driving. I use it often.

I reviewed the Functional Planning Study. One chart showed that less than one per cent of the respondents to the study thought that access for emergency services was a key priority. To whom were those conducting the study talking?

I believe that taking the 11th street crossing out of service permanently for motor vehicle traffic would be a huge mistake. It would be inconvenient for me but could be life-altering for someone needing the assistance of emergency services. Isn’t EMS response time already an issue?

I am on the shortlist for a new plug-in electric vehicle. However, trying to charge it looks like Mission Impossible as I live in an older apartment. There are a total of only six fast chargers in all of Calgary, and no public Level 2 chargers in north-central Calgary where I live.

The federal plan of 60 per cent EV sales by 2030 is a plan with no clothes if you cannot charge. Calgary has declared a climate emergency, so where’s Enmax’s plan to support and facilitate local charging? A trip to the mountains and back is playing Russian roulette in the winter (where charging speeds dramatically slow down).

Politicians continue to talk the talk and fail the EV walk miserably.

U.S. fixated on only one form of right to life

Re: G7 allies can look to Canada as energy leaders, Opinion, June 30

As I started reading the article about G7 leaders with a reference to Canada as the energy leader and how Canada could assist the world with ‘clean’ energy and help with the transition from Russian oil, I thought finally Ottawa is supporting our industry.  Prime Minister Trudeau, Minister Wilkinson and Minister Guilbeault will be champions for our energy industry on the world stage. The article was so positive.

Then I realized it wasn’t Ottawa leadership speaking, although they have been meeting with G7 countries for the past several weeks. Maybe Ottawa will see the article, upgrade their understanding and become ‘world energy champions’.

Increasing funding for post-secondary would help create a skilled workforce

Instead, the UCP cut spending on post-secondary education by 20 per cent. The UCP was not forced to make these cuts because the treasury was empty. These cuts didn’t balance the budget; the spike in oil prices due to Putin’s invasion of Ukraine did that.

None of the UCP leadership candidates admit these cuts hurt Alberta’s businesses and workers. Instead of reversing these damaging cuts, they blame Ottawa for Alberta’s poor economic growth.

Any provincial budget that claims to support Albertans must increase funding for post-secondary education, not just back to the levels before the cuts, but to also cover the high rates of inflation.

Oil windfall should be put into education, health

Alberta is experiencing a huge economic windfall due to soaring oil prices. Lucky us, but will the average joe see any benefit from it?

A headline in the Herald read “Teacher exits threaten class sizes” so one may think that finally putting money into education might be high on the UCP’s list. It would also make sense to reinvest in health care and green energy. History tells me that’s not going to happen.

I guess I can continue to dream of a reasonable, people-centred provincial government.

I ride my bike a lot during the summer. I am impressed by how courteous most riders are during the week, ringing their bells or saying “passing on the left” while obeying the 20 km/h speed limit.

However, I avoid riding the busier pathways on the weekend because of the influx of weekend warriors. These are riders on racing bikes, a subset of whom ignore the speed limit and do not indicate in any fashion that they are passing thereby scaring pedestrians and other riders. They also do not slow down when young children or dogs are present, neither of whom know what “stay on the right side” means.

All I have to say to these riders is “grow up.”