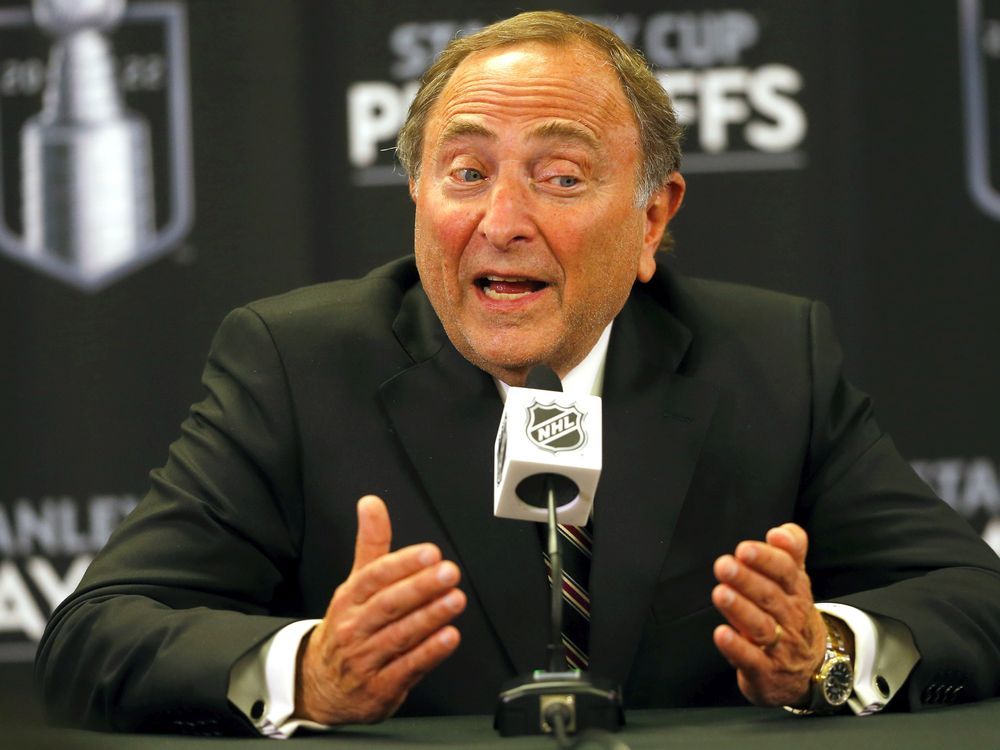 Re: Bettman pushing for new Calgary home for Flames, May 5

How fortunate NHL commissioner Gary Bettman decided to remind everyone that Calgary will miss out on hosting major events such as the entry draft and the all-star game unless a new, unaffordable arena is built. His comments will certainly inspire the Calgary Sports and Entertainment Corp to find additional funds.

Everyone should review the city administrator’s update, due May 25, on the arena’s progress. Committee chair Sonya Sharp’s bullish comments for a new arena do not bode well for city taxpayers. How we previously agreed to pay all costs re: destruction and removal of the present Saddledome defies logic. Surely if the Flames wanted it replaced, it should be at their cost. Calgary offered too much money and land in the previous failed agreement.

Dr. Paul Parks says, “Nobody knows how broken the system is until they need it.” His words are eerily true for me. Recently I spent almost 10 hours in South Calgary Urgent Care. I’d contracted COVID six weeks previously and was recovering but when I took a sudden turn for the worse, I went to the urgent care centre. I waited six hours before I was seen.

The doctor was excellent and thorough. She ordered many tests and told me she was concerned about a possible heart attack or blood clots because of my presenting symptoms and age. This leaves me to wonder: should a 65-year-old woman, recovering from COVID, who has shortness of breath, left chest pain, sweating and fatigue have waited six hours to be seen? The doctor certainly took pains to impress on me that I’m at much higher risk of a heart attack because of my age and COVID status.

Yes, the care is excellent once you’re in, but the system is still broken.

While the government has tried to argue that Bill 15 is urgently needed, David King, Alberta’s minister of education from 1979 to 1986, and Richard Rand, a retired lawyer with 25 years experience with ATA disciplinary hearings, have argued why this change is unwarranted.

The real reason for this change is partisan, although never admitted by the government as its rationale. It originates based on a 2020 UCP convention policy: Policy 28: “g) create a self-governing professional regulatory association for Alberta Teachers that is responsible for Teacher/Principal … professional conduct and practice.”

An Environics survey (March 2022) shows only 13 per cent of Albertans and seven per cent of teachers indicated the ATA should have their professional functions, like discipline, removed. This will also cost taxpayers more, since, normally ATA dues pay for this function, whereas the cost of setting up and running an arm’s-length commissioner’s office will be covered by the Education Ministry.