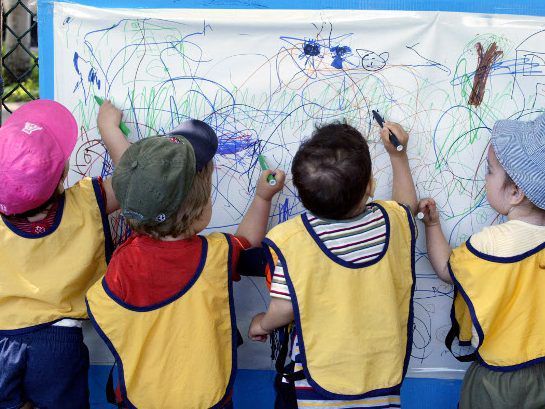 Funding should cover all childcare choices

Danielle Smith has hit the nail on the head. The federal childcare plan, which has recently been imposed on all provinces, is another disturbing plan of purposeful social engineering by government. The program is portrayed as salvation to working families but what it actually achieves is a significant narrowing of choices for families. There are essentially no supports for families raising their children at home, or for grandmas, neighbours, shift workers or unlicensed child care providers. Funding is specifically targeted to licensed daycare, creating yet another expensive, unsustainable social program.

A voucher system would be a great option: provide money directly to parents so they can make their own choices, including having one parent stay at home. Albertans need to stand up to Ottawa to reject the plan that our province has been coerced to join.

Re: Heritage trust fund is an abject failure, Letter, Dec. 28

The old “let’s compare Alberta to Norway” because both produce oil and have similar populations. Let us continue the comparisons.

Alberta produces Western Canada Select, which is currently trading at $59 a barrel. Norway produces Ice Brent, currently at $79 a barrel. Ice Brent has always traded higher. Alberta is landlocked with limited export capability. Norway is not and has all of Europe close at hand to sell oil to. Alberta supports the social programs of all of Canada. Norway only has to pay for the social programs of itself, not Sweden,  Finland, Denmark, etc.

The Alberta-Norway comparison is a false dichotomy.

Major power users need to get onboard

On TV, the electric power guy is commenting on the huge power requirements with the cold weather. He says that Alberta can’t buy power from provinces east and west because of the extreme cold everywhere. He asks Calgarians to “ not use the exhaust fans“ in their bathrooms to save electrical energy.

Looking out my dining room window, I can see the empty office towers with the lights on. When they turn off their lights, I will turn off my bathroom exhaust fan.

Why do we need to tear down the present arena? It would be far cheaper to build a new one in a different area, such as near Cross Iron Mills shopping centre. If we tore down every building in Calgary that’s only 50 years old, there would not be much left standing.

The city needs more arenas. Use the Saddledome for junior hockey.