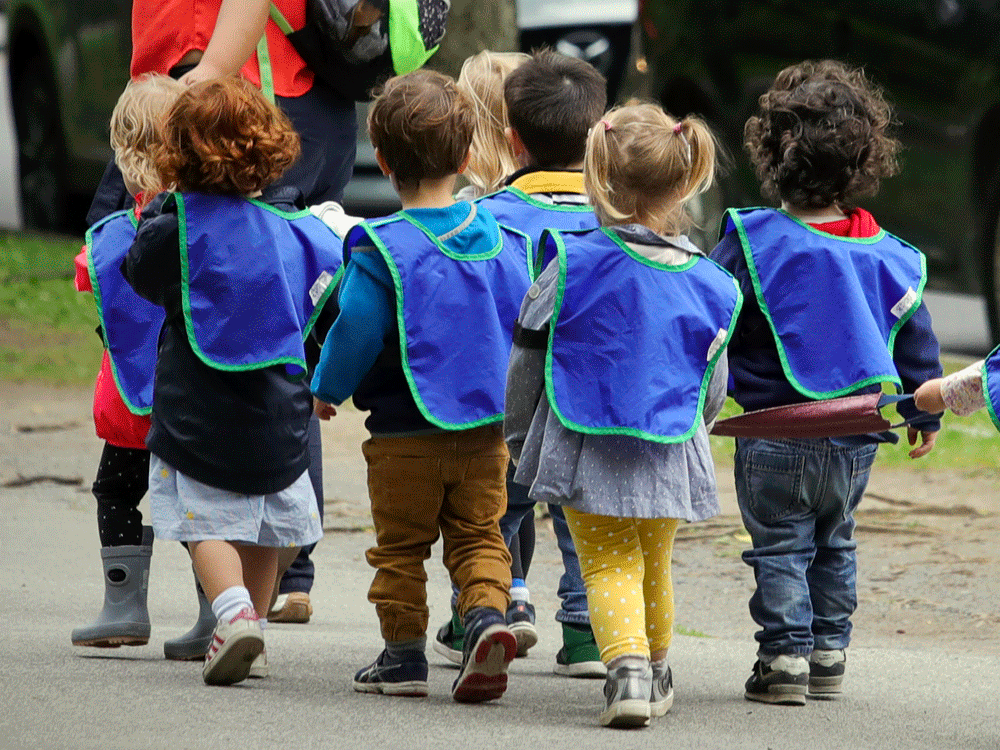 Licensing is a start, but broader rules on care needed

We need to inspect and license any stranger wanting to tend our kids. We also must do more than that.

It is a concern that this movement to regulate third-party childcare may be seen as the final answer but it is only one step. If we decide that only licensed, regulated centres are safe, bureaucrats may then say parents are not offering good care because they lack that piece of paper. Government already equates childcare as happening outside the home and excludes family. We have to respect traditional care within the family, too, and not see it as inferior.

The real answer is to fund kids and to let parents choose the care location or even a family-based arrangement they deem best. We should not keep writing parents out of the equation.

Re: Ottawa’s grip on Canada is slip sliding away, Opinion, July 28

I’m drinking my first cup of coffee. I open the Herald and I get to the editorial page. In my 62 years of reading the Herald, I have never read such “a nattering nabob of negativity”. What a downer!

Henceforth I will skip Nelson’s meanderings and try to find some little positivity in your other columnists.

Is it really necessary to destroy a company for the actions of one individual who emailed a transphobic response to the Canmore Pride Society? Valbella Gourmet Foods took quick action in removing the individual from the company, apologized and is implementing new equity, diversity and inclusion policies. Surely firing the transgressor is sufficient punishment.

But apparently not. Many businesses have eagerly jumped on the “woke” bandwagon and are no longer going to do business with Valbella Gourmet Foods. Sunterra, one of those businesses, said it took time to consider its decision to cut ties with Valbella knowing it would have “a significant impact on their 50 team members and their families.” Those innocent people may be losing their jobs and livelihood so that the companies who are cutting ties with the deli can sanctimoniously portray themselves as supporters of the LGBTQ community.

Gas rebates should go to all

If we are now receiving 10 cents out of the total 13 cents-a-litre gas tax savings, it is not a fact worth celebrating. This figure only looks good compared to the abysmal savings we were receiving in early July when retail profit margins were eating up far more of the UCP government’s tax break.

The fact is, we would be receiving 100% of the rebate if our government had opted for payments directly to households rather than their gas tax cut. Furthermore, direct payments would have helped all Albertans being hit by the affordability crisis, not just car owners. We need to give money to those who need it most, not just those who drive most.

Both sides of the same coin

There is no doubt that the City is determined to densify our inner-city neighbourhoods. What many do not know is that years ago the City of Calgary registered restrictive covenants against some lots within what were then new communities as a means of controlling development. These caveats are more restrictive than the current land-use bylaw (for an example, see our website liveinriverpark.com) and construction on these lots must comply with both the caveat and any development permit.

Unfortunately, the City now takes “no position” on these caveats, even though it registered them in the first place. Compliance should be part of normal planning processes and taxpayer-funded but instead has been off-loaded onto private citizens. This is unfair and unacceptable. With the City’s densification plans, these caveats are now more important and relevant than ever.

Utility rebates are eaten up by taxes and fees

With the cost of utilities rising, people will not be able to afford to light or heat their homes this winter. Then add in all the additional charges that the city tacks on for their services.

The six monthly provincial rebates of $50 are being grabbed back as my monthly utility bill increases. The $62-million dividend that Enmax paid to the city should be used to help consumers and the city should tighten its spending.

Perhaps global warming isn’t such a bad thing after all.  At least we won’t be using our furnaces!

Room for both mainstream medicine and disease prevention

Re: Time to advance cancer research, not politicize the disease, Opinion, July 28

While it is true that cancer treatment should not be politicized, the advantages of various non-traditional approaches in health care should not be ignored. The human body, under the right conditions, has remarkable abilities to heal itself and these abilities should be explored further. Why do some people rarely get sick, why do some late-stage cancer patients go through spontaneous remission and how is it that certain viruses can be used to stimulate the body’s immune system to get rid of some cancers?

A much better understanding of how the body naturally fights illness and how cancer can be prevented are worth pursuing. More emphasis on disease prevention can help alleviate the critical delays and other shortcomings in the medical system nowadays.

Mainstream medicine is essential, but its practitioners must be willing to at least listen to alternative suggestions.

So, the UCP leadership candidates are attacking frontrunner Danielle Smith. Not surprising, as would any sensible person when she promises an “Alberta Sovereignty Act”. However, her closest rival, Brian Jean, also made an unbelievable statement: “Step 1 is acting on the amazing mandate that Albertans gave us in the referendum – 62 per cent – we can force Canada at the constitutional negotiation table.”

Using the larger centres only, we get an average of 37.5% voter turnout. Since 62% of those voters agreed with the referendum question, that equals less than one-quarter of Albertans, hardly an “amazing mandate”, Mr. Jean!

Cost to saving the planet

Recently we took a road trip to central Saskatchewan and south of Drumheller we passed a wind farm. There was one after another installation. I was amazed at the magnitude of those projects. Farmers’ fields had temporary roads constructed to the individual sites. Huge cranes were set up. Large cylindrical sections parked to be vertically assembled, and huge turbine blades at the ready.

This brings to me the costs. Transportation, impact on the environment, payment to farmers for damage to crops, labour and equipment costs. All the cost of trying to wean ourselves off fossil fuels.

Days ago I was at a local shopping mall area where I saw a charging hybrid/electric vehicle station. This was a free service with an out-of-province vehicle plugged in. Do we all pay carbon tax to get away from the dreaded oil industry to provide free service to anyone who purchases an EV? Granted, they are expensive and there is a cost to charge at home. But when I am at the mall I don’t have the option to top up my gasoline/diesel vehicle for free.