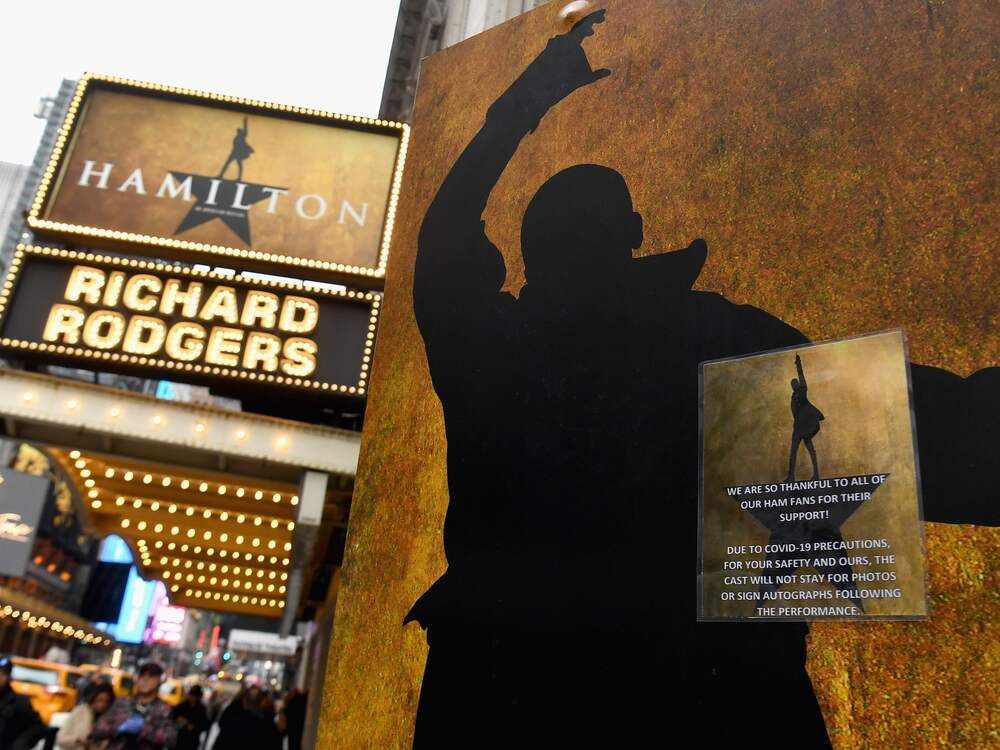 No matter what your preference in live entertainment, 2022 is expected to be a busy year as the arts sector gears up in hopes of returning to the stage.

While the COVID-19 pandemic has not been eradicated – and the irksome Omicron variant is already wreaking havoc on touring schedules and capacity limits – if we stick to our bubbles and get a booster shot, we should be able to venture out to a show before spring. Fingers crossed.

Of course, pandemic protocols such as proof-of-vaccination and masking requirements are sure to continue, but don’t let that stop you from buying tickets. After all, anything that mitigates the risk is helpful, and everyone in the event industry wants audience members to feel safe about going out in these unpredictable times.

With that in mind, here are five forms of performing arts we hope to get back to this year.

Broadway shows are expected to return to Ottawa with the long-anticipated production of Hamilton, the hugely popular hip hop-laced musical about one of the United States’ founding fathers, Alexander Hamilton. Show promoter Broadway Across Canada has been forced to reschedule at least twice, but now has it booked for July 12-31 at the National Arts Centre. We’re also expected a shorter run of CATS, the show that was being staged when COVID-19 broke out in March 2020. In the immortal words of Grizzabella the Glamour Cat: “Let the memory live again.”

Festival organizers are working diligently to snag acts as they plan for outdoor, full-capacity editions of their events in 2022. So far the biggest of the fests, Bluesfest, has nailed down dates for the burly country balladeer Luke Combs on July 9 and the genre-mashing rampage of Rage Against The Machine with Run The Jewels on July 15, filling in two headliners for the July 7-17 return to LeBreton Flats Park. Of the city’s other major music festivals, Escapade is selling tickets, CityFolk is in planning mode and the TD Ottawa Jazz Festival is planning a winter edition over the weekends of Jan. 28-29 and Feb. 3-5, with shows by artists ranging from Holly Cole to Jessica Moss. Jazzfest is also gearing up for this summer’s return to Confederation Park for its belated 40th-anniversary celebration.

If Omicron subsides, Justin Bieber, Glorious Sons and The Offspring are part of what’s expected to be a stampede of major acts headed to hockey arenas near you in 2022. Those artists are among the dozen or so shows already on sale, and you can almost certainly expect to see more coming to Canadian Tire Centre and TD Place. Artists are practically tripping over each other in their scramble to get back on the road, secure dates and recoup some of the losses incurred over the last two years. The competition for ticket money also means there will be bonuses that sweeten the bill, such as the James Taylor tour that now also features Jackson Browne in the opening slot (they stop at CTC on April 27).

Theatre only thrives with an audience, and every theatre organization in town will be vying for your attention, from amateur companies like the Ottawa Little Theatre to the three professional theatre departments at the National Arts Centre that have already started their seasons. Highlights of the coming months are expected to include the NAC Indigenous presentation of Inner Elder, the North American premiere of HUSH: Henry’s Dream Machine, a musical for kids that’s part of the NAC’s Big Bang children’s festival in February, and the NAC English theatre’s production of Omari Newton’s latest, Black and Blue Matters, set for spring. Also on the calendar is a robust season at the Great Canadian Theatre Company, starting with Blissful State of Surrender, a dramatic comedy about a Bosnian-Canadian family. It’s booked for Feb. 1-13 at the GCTC.

Canada’s under-recognized contribution to the Impressionist movement is illustrated in a new exhibition of 121 paintings by 36 artists, from Emily Carr to Mary Bell Eastlake, that not only demonstrate their technical skill and versatility but also explore the advent of modernity in this country. Entitled Canada and Impressionism: New Horizons, the exhibit has already wowed the crowds in Germany, France and Switzerland, but its homecoming to Canada was delayed because of the pandemic. Ottawa art lovers hope to finally see what the fuss is about when it opens at the National Gallery of Canada in January.