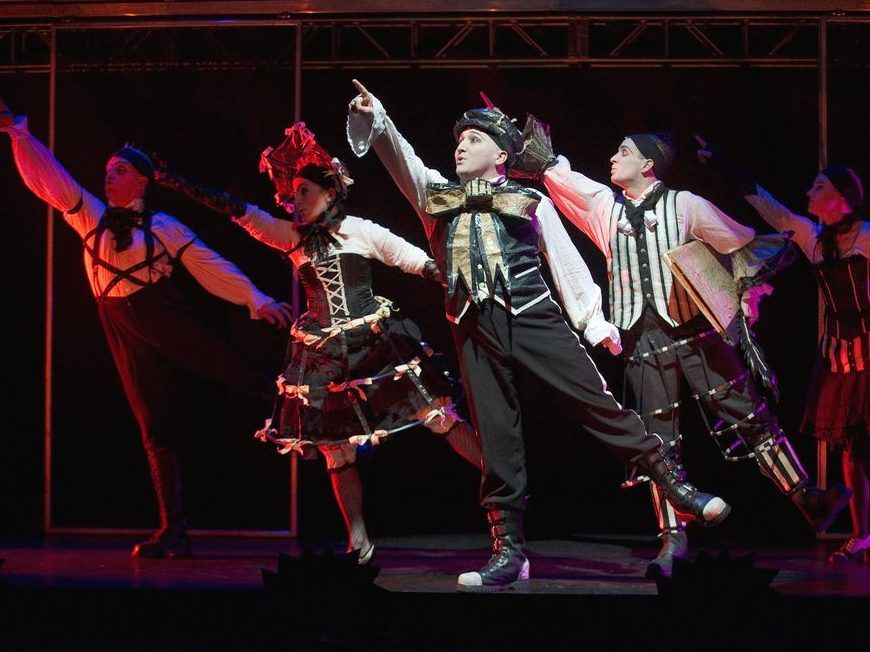 Vertigo Theatre’s next season will feature murder, mystery, mischief and the return of an Edgar Allan Poe musical.

Before Craig Hall left Vertigo Theatre for his new position at the Bella Concert Hall in Mount Royal University, he and interim artistic producer Kathryn Smith collaborated on a new season that features a world premiere, an Agatha Christie blockbuster, a cinematic classic, a vintage thriller and an international hit musical.

The curtain rises in September on the 2022/23 season with Misery, William Goldman’s stage version of the screenplay he wrote for the 1990 movie that won Kathy Bates an Oscar for playing an obsessed fan who keeps her favourite novelist captive so he can bring her beloved character back to life. Bruce Willis and Laurie Metcalf starred in Misery on Broadway in 2015. Jamie Dunsdon will direct Vertigo’s version with a three-person cast yet to be announced.

In November, Vertigo will present Ken Ludwig’s stage version of Agatha Christie’s Murder on the Orient Express. An American tycoon has been murdered on the legendary railway and every passenger in first class is a suspect. Hercule Poirot, who is also a passenger, must sleuth out the killer before he or she strikes again. Jovanni Sy will direct this holiday thrill ride that will surely highlight the talents of Vertigo’s design teams as much as it does the actors onboard to play the suspects.

In January 2023, Vertigo will present the world premiere of Calgarian Michaela Jeffery’s The Extractionist, one of several plays Hall commissioned during his tenure as the company’s artistic director. Hall will return to direct this story of a cult deprogrammer and a detective who are trying to find a missing woman whose boyfriend is the main suspect.

Few thrillers have achieved the fame and popularity of Patrick Hamilton’s 1938 mystery Gas Light, the story of a woman who thinks she’s going insane because strange things happen in her Victorian home whenever the gas lights flicker at night. The play in many of its later incarnations was known as Angel Street, Five Chelsea Lane and Gaslight. Vincent Price played the devious husband in the 1941 Broadway version opposite his wife Edith Barrett, cementing his image as a master villain. The version Vertigo will be presenting in March 2023 is a new adaptation by Johnna Wright and Patty Jamieson that is currently running at the Shaw Festival.

The season will close in May with Catalyst Theatre’s haunting musical Nevermore, which intertwines the life and death of Edgar Allan Poe with themes and characters from his works. Poe’s life was as haunted as any of his characters and this play has entertained audiences on both sides of the Atlantic since Vertigo first showcased it in 2011.

Season tickets are available for the new season at 403-221-3708 or online at vertigotheatre.com. Vertigo’s current season is concluding with the run of the comic thriller Clue which plays until June 5.