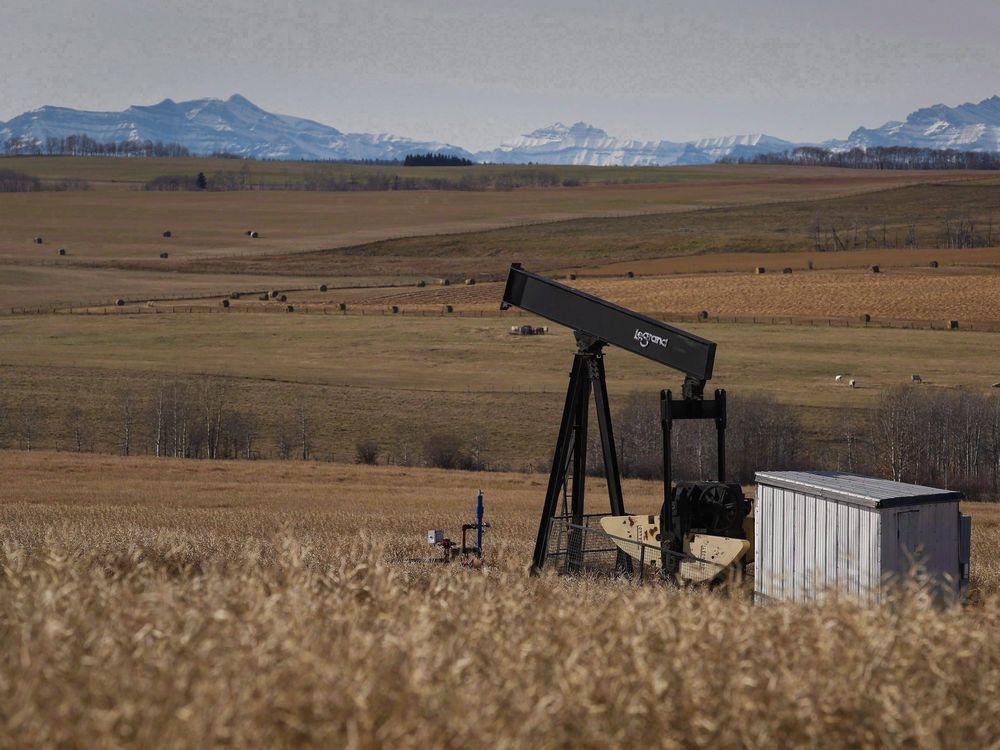 Cash left on the table — it seems strange to think about available government grant money that’s not completely snapped up.

Yet, it appears a provincial program to clean up inactive oil and gas wells in Alberta, bankrolled by $1 billion in federal funds, won’t exhaust all of its budget by the time the application deadline arrives at the end of March.

Unspent money is supposed to be returned to Ottawa — unless the Trudeau government extends the timelines — and that could mean the stated goal of creating 5,300 jobs might not be met.

A new report from Alberta’s auditor general into the province’s Site Rehabilitation Program issues a favourable assessment to the initiative, but also highlights some of the potential risks it has faced.

The audit indicates the program has effective measures in place to ensure grants are properly awarded to eligible applicants.

“Our work concludes the Department of Energy had a program that was well designed,” auditor general Doug Wylie said Tuesday in an interview.

It’s no mean feat to create a program so quickly during the early days of the pandemic, designed to create jobs in the beleaguered oilfield services sector while decommissioning inactive oil and gas wells across the province.

By last December, Alberta had approved more than 27,000 grant applications worth $580 million, creating an estimated 2,800 jobs.

However, with a deadline for approving new grants fast approaching, it appears some federal money could go untapped.

“There is a risk of not maximizing the use of the funding, which then translates into jobs,” said assistant auditor general Eric Leonty.

The Trudeau government unveiled the initiative during the initial wave of the COVID-19 pandemic as the oil and gas sector floundered.

At the time, thousands of jobs in the oilfield services industry had vanished as petroleum producers slashed more than $7 billion out of their capital budgets.

On the day of the federal funding announcement in April 2020, benchmark U.S. oil prices crashed to US$18.27 a barrel.

Against this dismal backdrop, Ottawa announced it would earmark federal funds toward cleaning up abandoned and orphaned oil and gas wells in Western Canada.

“At that point in time, it was very bleak,” said Bob Geddes, president of Ensign Energy Services, the country’s largest driller.

“It eventually put boots on the ground and got people working and kept some companies alive . . . and it cleaned up some wells.”

Ottawa provided $1 billion for well decommissioning and site rehabilitation work in Alberta. (There are about 93,000 inactive wells scattered across the province; the responsibility for cleaning them up rests with the operator.)

Money was also directed to Saskatchewan and British Columbia. The provinces set up and administered their own programs.

The auditor general’s report points out B.C. had already committed almost 97 per cent of the federal money it was given by December, while Saskatchewan granted more than 75 per cent.

Alberta, with more wells to deal with, had allocated less than 60 per cent.

An agreement between Ottawa and Alberta requires all grants to be issued by the end of this month, while all work must be done by the end of 2022.

University of Calgary economist Lucija Muehlenbachs, who has examined the issue of inactive wells in Alberta, was surprised to learn about the prospect of unspent grant money given the large number of wells to tackle.

“You would think the program would be snapped up.”

More than 10,000 applications were approved in the project’s initial phase, which closed last May, but much has changed since then.

Global oil demand has rebounded and benchmark crude prices climbed to $75 a barrel at the end of last year. Russia’s invasion of Ukraine has sent oil prices even higher, closing above $114 a barrel on Wednesday.

“Our issue at hand is the labour force. We can’t get enough people into the industry to do all of it, what everybody wants, all at the same time,” Au said Wednesday.

“This program has absolutely served its purpose to get employees working. But we’re in a different point in time now.”

NDP MLA Kathleen Ganley said the inability to distribute all of the funding means Alberta will lose out on jobs.

But Alberta Energy Minister Sonya Savage said more than $740 million has now been allocated through the program, which will create at least 3,500 jobs.

The money has supported well abandonment work on 18,340 sites, and reclamation activity on more than 9,000 properties.

Approved work can continue through the end of the year, getting the program close to its initial target of creating 5,300 direct jobs.

“We won’t get all the money out the door,” Savage said in an interview.

“We are working closely with the federal government on how to extend the program and retool some of those funds, particularly with Indigenous groups who have so much more work they can do.”

With higher energy prices, drilling activity in the oilpatch is ramping up. But there also remains demand for well closure work, said Tristan Goodman, president of the Explorers and Producers Association of Canada.

“There is still a lot of interest and we’re hoping that money gets allocated out.”

With less than two weeks to go, the application window for Alberta’s Site Rehabilitation Program is closing.

For a program designed for a different, distressing period, it has served its purpose — creating jobs, keeping Albertans employed and cleaning up old wells — although there’s still plenty more work to be done.