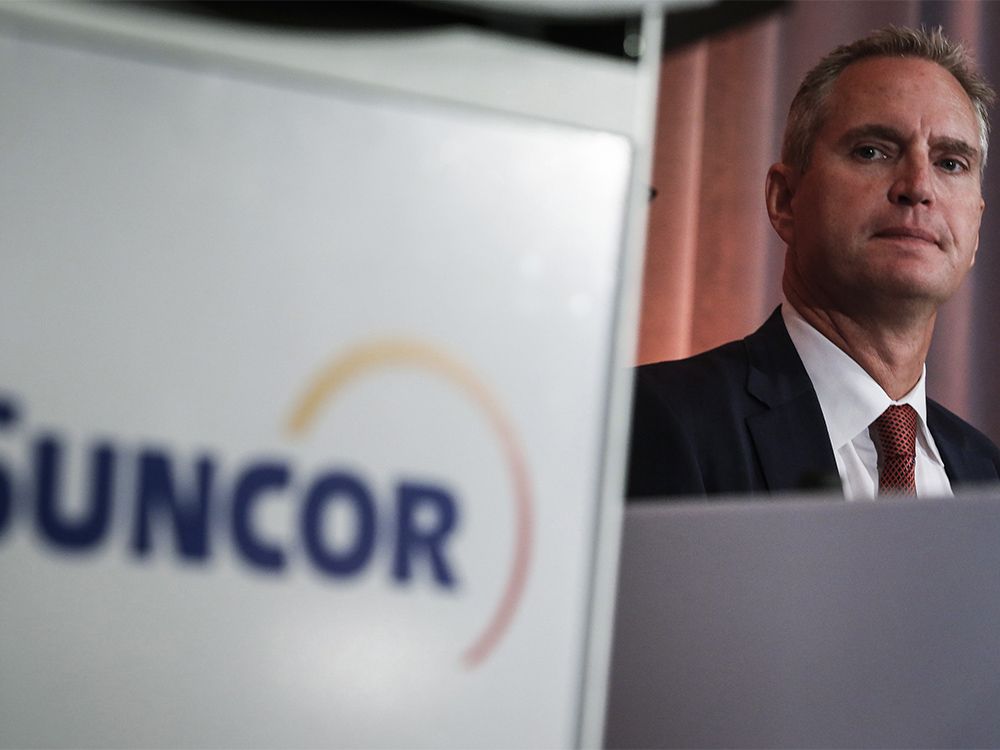 Make a big profit in a strong quarter: Check.

Look to sell off non-core assets, including the national chain of Petro-Canada gasoline stations: Not so fast.

Satisfy an activist shareholder: To be determined.

The oilsands giant released impressive first-quarter results late Monday at a critical moment. The Calgary-based company posted net earnings of $2.9 billion, up from $821 million a year earlier, as oil prices took off during the first three months of the year.

Suncor had the highest quarterly cash flow in its history. It hiked its dividend. It rolled out a new plan to return more money to shareholders.

The company also said it will look to divest all of its U.K. North Sea assets, which pump out about 25,000 barrels per day.

What it’s not about to do is sell off its retail division, one of the key items Elliott Investment Management is pressing the company to examine as it seeks a major shift at the Canadian company.

As an integrated petroleum producer, Suncor operates oilsands and offshore assets and three refineries in the country (and one in Colorado) along with retail stations across Canada.

“We have the best downstream business in North America . . . Retail is an important part of that,” Little said in an interview after the company’s annual meeting.

“We’ve made our position clear, but this isn’t intended to be a public debate about it.”

Elliott Investment garnered headlines late last month after it sent a pointed letter to Suncor’s board of directors, seeking changes and citing a number of operational and safety problems at the company in recent years.

The hedge fund, which has a 3.4 per cent economic stake in Suncor, wants five new independent board members to be added, a review of Suncor’s executive leadership and an overhaul of the company’s operational and safety culture. It said there have been 12 fatalities involving contractors and employees since 2014.

Elliott also wants the company to boost its return of discretionary cash flow from 50 per cent to at least 80 per cent, and a strategic review to examine the divestiture of non-core assets, including Suncor’s chain of almost 1,600 Petro-Canada stations.

However, Suncor has drawn a line in the sand on a potential sale of its retail unit.

“It’s not that we haven’t looked at it. We have concluded that this makes a great addition and a great part of the integrated model,” Little said.

“This is a platform that we do see us as using for the energy transition going forward, and also making sure we maximize the cash flow from our refineries.”

During a first-quarter earnings call with analysts, Suncor pointed to several steps it’s already taken to address issues that Elliott is now raising. It recently hired new executives to focus on safety and operations at its facilities and has reorganized its leadership ranks.

It’s planning to return more money to shareholders in the future.

The company will allocate its free funds equally between paying down debt and buying back shares until its net debt drops to $12 billion (from $15.4 billion), which will likely occur in the second half of this year.

At that point, it will dedicate 75 per cent of excess cash to shareholder returns, and move that up to 100 per cent once net debt reaches $9 billion.

Will this be enough to satisfy Elliott? We’ll soon see.

Suncor’s CEO said he hasn’t had a detailed discussion with representatives from Elliott yet, but promised to engage with them as it does with other major shareholders.

However, other investors aren’t openly calling for “an objective review of Suncor’s executive leadership by the refreshed board.”

“The board’s job is to actually evaluate the executive leadership of the company to ensure we have the right people in place, so this is just normal business,” Little said.

“I think they honestly want what’s best for Suncor, as does our board and our leadership as a company. And so we’re looking to work with them in a constructive way and see if we can find a path forward.”

As for changes announced Tuesday, such as the new capital allocation plan, Little rejected the notion it was adopted because of Elliott’s demands, noting other oilpatch competitors have made similar moves recently.

Suncor’s stock dropped 1.3 per cent on Tuesday to close at $44.71 on the Toronto Stock Exchange.

Analyst Phil Skolnick of Eight Capital said Suncor beat production and cash flow expectations in the market, and he estimated the sale of the U.K. assets could net it about $615 million.

Some investors were satisfied with the financial results but stressed Suncor still needs to generate consistent performance after recent problems and a share price that’s trailed its peers in the past year.

“It ticks a lot of the boxes,” said Laura Lau, chief investment officer with Brompton Group, which owns shares in Suncor.

“I am willing to give them a few quarters to work it out, but some people may not be quite so patient.”

Rafi Tahmazian, a senior portfolio manager at Canoe Financial, which is also an investor in Suncor, hopes the oil producer and Elliott officials reach a consensus, rather than force other shareholders to pick sides in an acrimonious battle.

“They just needed to create a win and it came just in time,” Tahmazian said of Suncor’s first-quarter results.