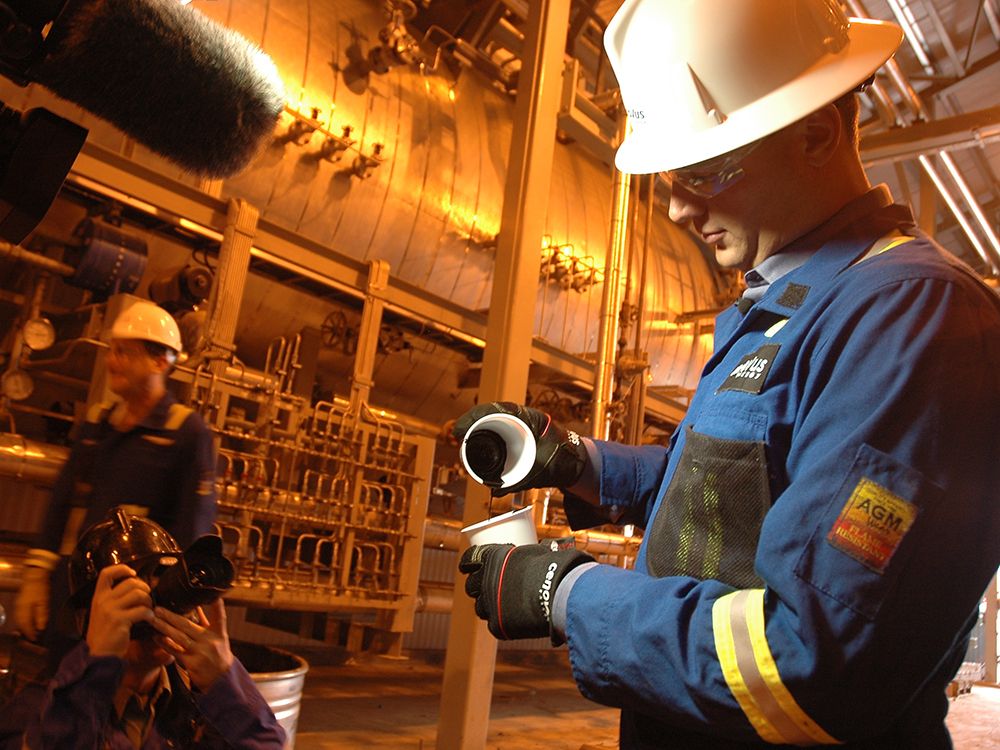 That’s not the case in the Canadian oilsands today, although surging cash flow levels and profits haven’t made all outstanding issues simply disappear, either.

However, more money certainly does provide an array of options for producers moving forward.

“From an earnings standpoint … this is an absolute blockbuster.”

Suncor Energy posted $4 billion in net earnings during the period, while interim CEO Kris Smith pledged during a conference call Friday to focus on improving the integrated producer’s safety record and operating performance.

At the five major oilsands operators — including Cenovus Energy, Imperial Oil and MEG Energy — combined earnings jumped more than 300 per cent from the same quarter in 2021 as oil and gas prices took off during the April-to-June period.

Norlin noted these producers paid out $1.9 billion in dividends during the second quarter and bought back $8.1 billion of their own shares.

Since 2020, the companies have directed a combined $46.8 billion to debt repayment, dividends and buybacks, according to data from Wood Mackenzie.

“This is a wake-up call for people to realize how profitable this business is,” said Rafi Tahmazian, a senior portfolio manager at Canoe Financial, which owns shares in both Suncor and Canadian Natural Resources.

Oil and gas prices skyrocketed this spring following Russia’s invasion of Ukraine, although benchmark U.S. crude prices have tumbled in recent days, closing Friday at US$89.01 per barrel.

At Suncor, the integrated producer reported a record $5.3 billion in adjusted funds from operations during the quarter. The company’s downstream refining and marketing operations pumped out strong results, while Suncor also announced the sale of assets in Norway for $410 million.

Total output averaged 720,000 barrels of oil equivalent (boe) per day in the quarter, although the company lowered its full-year production guidance.

It also bumped up its capital spending outlook for the year to about $5 billion from $4.7 billion.

About half of the increase was due to inflationary pressures, a common refrain throughout the sector as labour and equipment costs have jumped. The rest was tied to the restart of the West White Rose project, along with increased spending during maintenance work to improve safety and reliability.

Safety is a key issue for Suncor.

According to activist investor Elliott Investment Management, which holds a stake in Suncor, there have been 12 employee and contractor fatalities since 2014, including the July 7 death of a contractor at Suncor’s oilsands base mine.

The following day, CEO Mark Little stepped down from the top job.

Kris Smith, previously executive vice president of Suncor’s downstream division, was named interim CEO, and the company later agreed to Elliott’s recommendation of conducting a strategic review that could lead to the sale of its chain of Petro-Canada retail sites.

“My No. 1 focus is improving Suncor safety and operating performance,” Smith told analysts on Friday’s call.

“We are clear on what we need to do to improve our safety performance. We do not need more diagnosis. But what we do need to do is execute.”

Suncor is strengthening its risk management systems and will continue to invest in technology to improve safety, such as in collision avoidance systems.

“It is going to take time and money to fix whatever the issue is,” said analyst Phil Skonick of Eight Capital.

“They have a long road ahead of them.”

At Canadian Natural Resources, the company posted another strong quarter, producing 1.21 million boe per day, up six per cent from a year earlier.

The Calgary-based company joined the ranks of producers announcing special dividends, and bumped up its capital spending for the year by $575 million to $4.9 billion, driven higher by inflation, but also by adding $375 million towards strategic growth opportunities.

Canadian Natural raised its production outlook for next year by an additional 40,000 boe per day.

One concern was raised during the company’s second-quarter earnings call; McKay questioned the federal government’s incoming emissions cap for the Canadian oil and gas sector.

Last month, the Trudeau government started consultations on its pledge to “cap and cut” greenhouse gas emissions from the industry.

Modelling contained in the federal government’s plan indicates total oilpatch emissions will tumble 42 per cent by 2030 (from 2019 levels), which will require major investments in relatively short order by companies into areas such as carbon capture and storage developments.

Canadian Natural is part of the consortium of oilsands producers working together to reach net-zero emissions by 2050, although members of the Pathways Alliance are increasingly concerned about the federal cap and meeting Ottawa’s interim goals, which McKay called overly ambitious.

In an interview, McKay welcomed an incoming federal tax credit for CCUS projects, but pointed out the group hired engineering and regulatory experts to develop its emissions plans and stressed the alliance is already “going as quickly as we could.”

“The (federal) government, in my mind, arbitrarily puts a number out on a certain date and it would have been better if they actually would have walked through all the regulatory and engineering (work) that needs to be done to proceed on these projects,” he added.

“It is very difficult to do it in a timeframe that they have.”

It will be tricky to hit those goals in less than eight years, but oilsands producers are quickly gaining the financial might to tackle a long lineup of objectives.