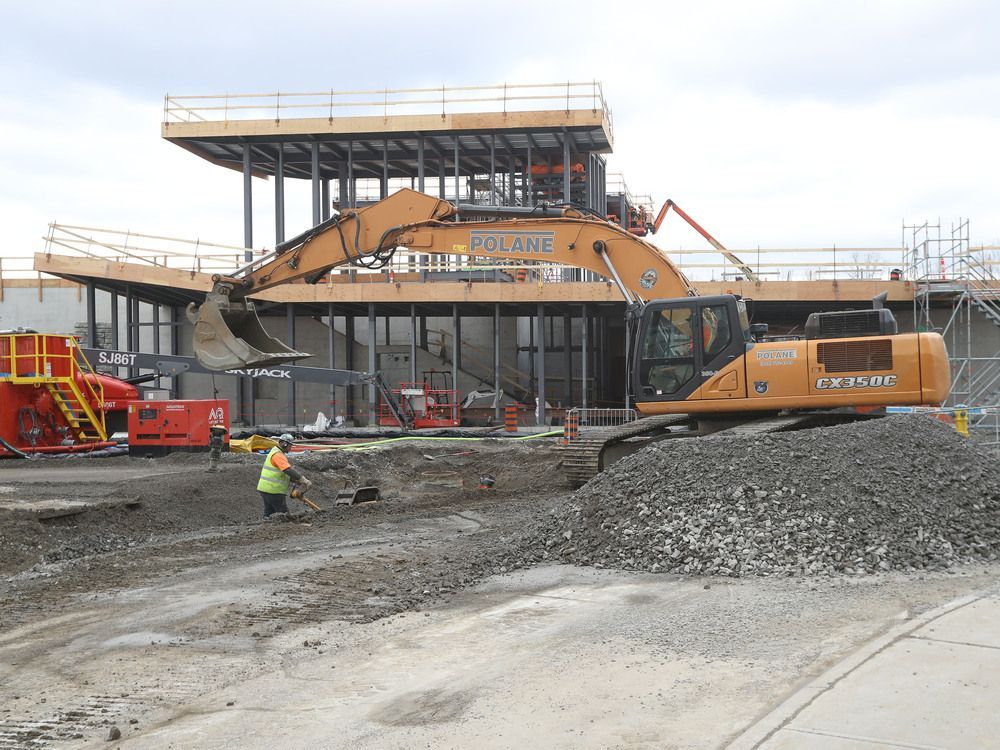 The Trillium Line expansion under the $4.6-billion Stage 2 O-Train project is now delayed 12 months “on paper,” according to the City of Ottawa’s rail construction boss.

It means the north-south rail system, under construction by SNC-Lavalin’s TransitNEXT, might not be ready until August 2023.

On Friday, Michael Morgan, the city’s director of rail construction, walked members of the finance and economic development committee through a lengthy presentation on all areas of construction on the Stage 2 project.

The Trillium Line project between Bayview Station and Riverside South, with a spur to the Ottawa International Airport, has a contracted completion date of August 2022.

Last December, the mayor and councillors learned SNC-Lavalin expected a delay until May 2023.

“We are working to see what can be done with the contractor to bring that back,” Morgan said Friday, telling council members that staff were looking into what could be done to have completion in late spring or early summer 2023.

There was little information provided during the meeting about the cause of the delay, but councillors heard in December that the COVID-19 pandemic had been the reason for some of the scheduling problems.

The city had considered opening part of the Trillium Line as construction finished along the corridor, but Morgan confirmed that the city intended to open the entire system all at once.

There was some positive news on the Trillium Line project. All seven Stadler FLIRT diesel trains purchased for the expansion are expected to be in Ottawa by next month. Four trains have already been delivered, with three scheduled to arrive in May.

The city anticipates substantial construction on the Trillium Line will end by the end of 2022, followed by testing and commissioning starting in early 2023.

Only one out of the three Stage 2 construction segments appears to be on schedule.

Morgan didn’t report any delays to the eastern LRT project from Blair Station to Trim Road, which has a contracted completion date of November 2024.

East-West Connectors, a partnership of Kiewit and Vinci Group, is building the eastern and western LRT extensions.

When it comes to the western LRT extension, Morgan said a three-month delay — 101 days, to be exact — was being identified by the builder. That’s better than the 10-month delay predicted last December. The next schedule update is due in July.

Each part of the Stage 2 expansion has its own challenges, but the western LRT job is particularly tricky since it requires a three-kilometre tunnel.

The contracted completion date for the western legs to Algonquin College and Moodie Drive is May 2025.

Thirty-eight more Alstom Citadis Spirit vehicles have been ordered for the Stage 2 LRT expansion, with full vehicle delivery expected by the end of 2023. Two vehicles make one complete train.

Seven vehicles are finished and are in regular rotation on the current LRT system, while 15 vehicles are in final production or testing and 14 vehicles are either in production or awaiting production. One vehicle is going through final testing on the main LRT line and one is in the process of being accepted as finished.

The committee also received an update on the legal disputes related to the O-Train program, but that information was shared in a private session.