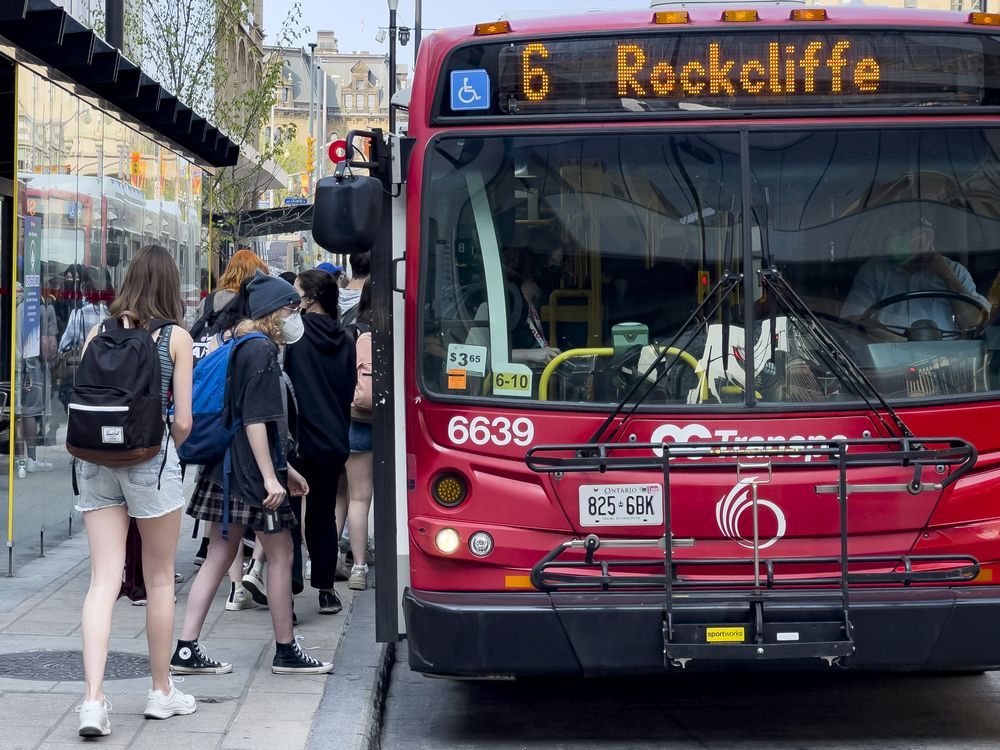 It wasn’t a good morning for bus customers needing to get somewhere on time Thursday.

Dozens of bus trips were cancelled starting early in the day, forcing customers to wait for the next trip or find another way to get to their destinations.

Between 5:37 a.m. and noon, OC Transpo issued more than 100 notices of cancelled bus trips and warnings continued into the afternoon. Most of the next scheduled trips were roughly between 15 and 30 minutes after the cancelled trips.

“OC Transpo has experienced an increased number of trips not delivered over the past couple of days compared to normal standards,” Troy Charter, director of transit service delivery and rail operations, said in a response Thursday evening. “As of 4:30 p.m. (Thursday), OC Transpo cancelled 173 trips, which equals 2 percent of all scheduled trips. The number of trips not delivered for Wednesday August 3, 2022 was 324 trips, which equals 4 percent of all trips.

“It is anticipated that customers could encounter more trip cancellations into next week based on a few short-term factors, including the number of staff who worked overtime last week while O-Train Line 1 was being repaired, higher-than-usual sick leave absences, and normal seasonal vacations. OC Transpo typically schedules 7,900 trips a day.”

The last time the transit commission received updated statistics was in June. During the spring, the agency was shouldering changes to the federal labour code that mean bus drivers get a 30-minute break for every five hours of consecutive work. Transpo had to find ways to fill half-hour slots of work with no extra drivers.

In May, Transpo reported that about 300 bus trips were being cancelled each day out of 8,000 scheduled trips.

Since then, Transpo has moved into its usual summer service schedule, with some routes having reduced frequencies to reflect ridership levels.

Coun. Allan Hubley, chair of the transit commission, said he has been frustrated to see so many cancelled bus trips.

“I’m wondering where we’re at with the new drivers to reduce the number of cancellations,” Hubley said Thursday.

Transpo has council authority to hire 80 additional bus drivers in response to the labour code change. Transpo had also anticipated hiring 200 drivers to replace staff who retire or resign.

One strategy reported by Transpo management in May was to allow more bus drivers to book vacation in the summer so there would be a strong roster of drivers available going into September.

The next scheduled transit commission meeting is Sept. 14.

Transpo fares increased by 2.5 per cent on average at the beginning of May.

“Staff recognize that trips not delivered or late arrivals impact customers’ travel,” Charter said in his response Thursday. “OC Transpo has implemented a robust recruitment campaign to increase operator and bus service this fall. We have increased training sessions throughout the year to fill vacant bus operator positions as quickly as possible.

“Through this transition phase, our priority is to mitigate any effects on service to customers as we aim to reduce the number of trips not delivered or that arrive late. OC Transpo is making every effort to improve service reliability for the balance of August and for September.

“Customers can expect service reliability to increase mid-August, when a group of 32 new bus operator trainees graduate and additional new operators will begin in early October. This is on top of the new 58 bus operators who started earlier this spring.”