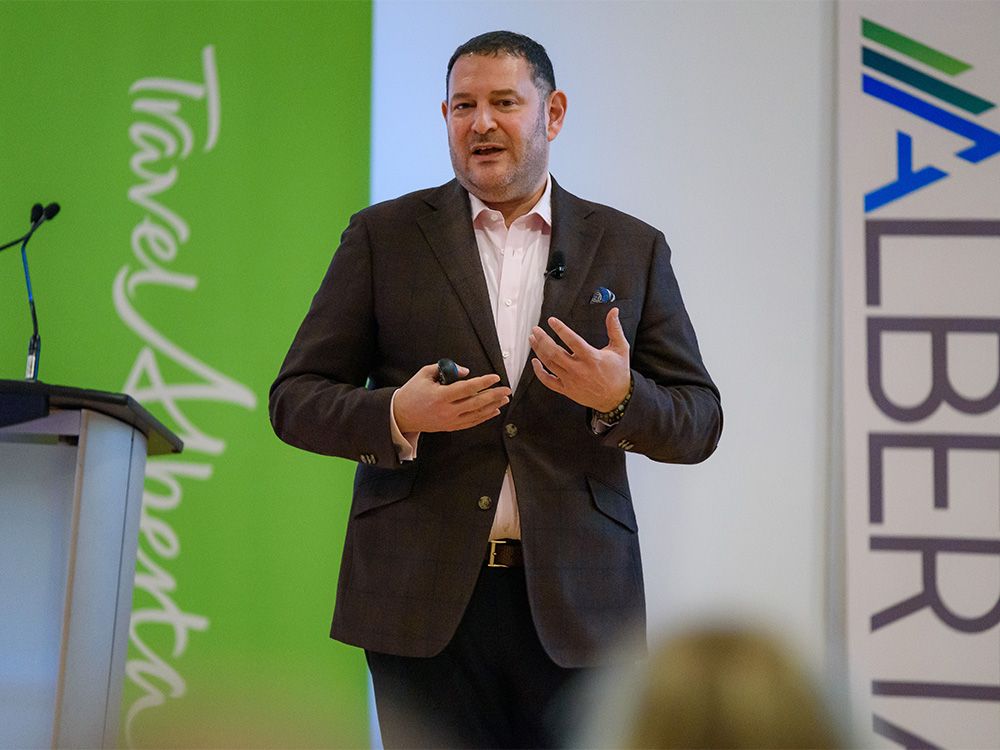 Alberta’s tourism sector has set lofty goals for recovery, but that will hinge on addressing a labour shortage that has been growing since before the pandemic.

Travel Alberta and the Tourism Industry Association of Alberta outlined a three-year path to pre-pandemic levels during a town hall at the Markin MacPhail Centre at WinSport in Calgary on Wednesday.

“There’s still a long way to come out of this crisis, including getting back all of those U.S. and International travellers,” said David Goldstein, Travel Alberta CEO. “There’s going to be destinations around the world that are going to be trying to compete for that visitor dollar, and we think through marketing and our working with our partners and creating the right itineraries we’re going to be able to bring those visitors back to Alberta.”

A worker shortage was beginning to be an issue before the world shut down, and was exacerbated by the pandemic said Darren Reeder, a board adviser for TIAA.

Reeder said a shift in mentality must take place to address the issue on a more permanent basis, looking at tourism as a career as opposed to a good first job.

The hotel industry has been particularly hard hit, especially in Calgary with the downtown posting some of the lowest occupancy rates in the country.

The pandemic did have a positive effect on the industry in one regard, according to David Keam, general manager of The Dorian, Autograph Collection and Courtyard Calgary Downtown. He said the industry had a forced modernization of the way they do business, accelerating online and virtual operations by five years.

Keam is part of a group banking on a positive tourism climate in Calgary as they prepare to open The Dorian, a new $115-million hotel in the downtown.

They will be hiring over the next few months, looking to fill 150 positions.

“Estimates of 20 per cent of the people who were in this industry pre-pandemic have permanently left it, so we can’t go back to the people who used to work in our hotels to staff our hotels,” said Keam. “For 20 years we’ve been talking about millennials, and what a lot of hotels are having a challenge with now is shifting to Gen Z.”

Reeder said the challenge is to get businesses back to profitability after many took on massive debt loads to survive the pandemic.

Among the top goals is getting American travellers back to Alberta.

Goldstein said 50 per cent of provincial tourism is made up of domestic travellers, which is a recirculation of Alberta dollars. Another 25 per cent is visitors from other provinces, and he said there has been a rebound in both of those numbers.

The final 25 per cent accounts for about 35 per cent of the drop in tourist spending from more than $8.2 billion to about $5.3 billion last year, which was up from $4.7 billion in 2020. These are international travellers, 60 per cent of whom are from the U.S.

Goldstein said tourism officials began travelling to different markets in the U.S. six months ago for engagement and marketing. Travel Alberta is also set to invest more than $15 million over the next three years from its investment fund to help local operators expand and grow.

A key cog in this recovery will be the Calgary International Airport, which in the months following the pandemic shutdown saw flights drop by 95 per cent.

But as air travel begins to rebound, the airport is working to get back to the 18 million passengers a year seen in 2019. This will be spurred on by an increase of routes from major airlines.

“We could see, all-in, 20 to 21 million passengers in the next five years, and those are big numbers for a city of our size,” said Bob Sartor, president and CEO of the Calgary International Airport.