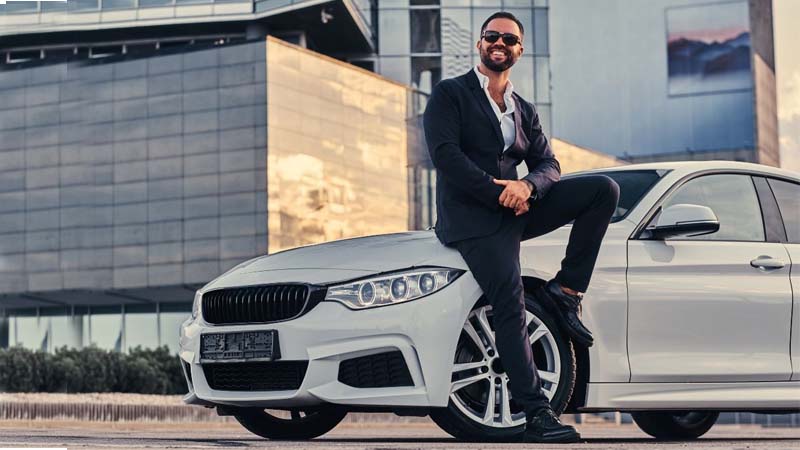 A casino is not just gaming tables and slot machines, but it can also present itself as a restaurant or cruise ship, preferably with actual retail stores or shopping malls. Casino owners understand that this lucrative business not only attracts wealthy gaming enthusiasts, but also an elite willing to spend big bucks shopping or spending a night in a fancy restaurant. In a way, a casino is a kind of well-organized shopping centre, where mountains of money run, as entrepreneurs in this sector.

Who Are the Top 7 Richest Casino Owners?

Listed below are the top 7 richest casino owners in no particular order. Their life background, net worth, and source of income were discussed fully. Let’s take a closer look at them

He has a net worth of $35.4 billion. His source of income is Casino operator Las Vegas Sands. For decades, American Sheldon Adelson has been the leader in the Forbes list among the richest people in the gambling business. His fortune in 2018 exceeded $38 billion due to the ownership of the Las Vegas Sands casino. Sheldon was born in 1933 in a poor family of Jews who moved to the suburbs of Boston. He worked as a newspaper street vendor, entrepreneur, broker, financial consultant. During his life, he created more than 50 companies. In the 1970s, Adelson entered the exhibition business and soon organized one of the first IT exhibitions in Las Vegas. The Comdex brand lasted until 2003, then merged with the annual Consumer Electronics Show. In late 1988, Sheldon decided to buy the legendary The Sands Hotel & Casino. He quickly found partners by proposing the concept of combining the gambling and exhibition business. In 1989, The Sands Expo Convention Center was built near the Sands Hotel.

Now Las Vegas Sands is the largest casino operator in the United States. The corporation owns the best gambling establishments on the planet and major exhibition centres:

In December 2018, Sheldon Adelson was diagnosed with cancer, he has become less involved in meetings and negotiations but is still the acting CEO of Sands. The heirs of the gambling empire are the wife and three children of the billionaire.

His current net worth is $14.1 billion with his source of income being casino operator Galaxy Entertainment Group. The fortune of the Chinese Lui Che Woo is estimated at $14.1 billion, which provides him with a place in the hundred of the richest people in the world and 6th in the ranking of Hong Kong’s billionaires. and is among the top 100 rich Forbes at the beginning of 2019. During his life, Woo tried his hand at various fields, but his most successful brainchild was the Galaxy Entertainment Group, which manages hotels and casinos in Macau.

Lui Che Woo was born in 1929 in the southern part of China, in the town of Jiangmen. His childhood fell on the difficult post-war years, during which he faced hunger and even witnessed cannibalism. And when Japan occupied Woo’s hometown, his family moved to Hong Kong. The war deprived Lui Che Woo of his childhood, but moving from his familiar place was a turning point in the fate of the future billionaire.In the middle of the 20th century, Hong Kong was a place of great opportunity. The first big business that made it possible to earn start-up capital was the sale of building materials. Created for this purpose in 1955, the K.Wah company gradually began to expand its spheres of influence.

In the 1960s, Woo began investing in real estate, in the 1980s he turned his attention to the hotel business, and in the early 2000s, he bet on the gambling business. This became possible due to the appearance in China of a special zone where it was allowed to organize gambling.

The construction of a casino in Macau began in 2001, and Lui Che Woo was among the first investors who planned to turn this Chinese autonomy into an Asian Las Vegas. In 2011, Woo introduced his biggest project to the world, the Galaxy Macau Casino Resort. Galaxy Macau is not just a state-of-the-art gambling zone, it is a $2 billion mini-city. On the territory of the complex is located:

Experts say that Lui Che Woo created his gambling business with an eye on the experience of Sheldon Adelson. So far, he has managed to achieve a smaller scale, but Macau’s popularity is growing, and with it, the fortune of the owner of Galaxy Entertainment Group is increasing. In 2018, the casino revenue amounted to more than $7 billion, and this is far from the limit.

He has a net worth of $7.8 billion with his source of income from Novomatic slot machine manufacturer. One of the most famous Austrian businessmen, Johan Graf, made his fortune in the production of slot machines. Nowadays, all around the world Novomatic real-money and free slot machines are being played. But he did not limit himself solely to the creation of slots. Now Novomatic is a huge transnational holding that owns game development studios and factories for the production of devices, casino operators, and a network of gaming halls.

Johan was born in 1946 to a poor family in a suburb of Vienna. His childhood passed in the difficult post-war years, and the boy was raised by his grandparents. After school, he trained as a butcher, but at 23 he gave up working in a butcher’s shop and decided to start his own business. In 1974, Graf and his partner Gerhard Brodnik created the company Brodnik & Graf GmbH, which supplied Belgian machines for playing pinball, which was popular at that time. After 6 years, having studied all the intricacies of the business, Johan Graf decided to start producing his machines, but his choice fell not on arcade devices, but gambling machines.

After 2 years, the Austrian company occupied more than 70% of the local market. It was an impressive start, and the owner of Novomatic began to actively develop the found gold mine. By 1990, the company supplied its devices to casinos in 30 countries of the world, and with the fall of the Berlin Wall, it was one of the first to enter the Eastern European market.

Novomatic has become an integral part of the history of gambling in modern Russia. They were installed in the first Russian casinos and gaming clubs. Visitors to the establishments immersed themselves in the world of gambling thanks to the legendary titles Sizzling Hot, Dolphin’s Pearl, Lucky Lady’s Charm, Columbus, Captain Venture. With the development of online casinos, these titles have received a rebirth.

And the most famous slot machine Book of Ra has been on the top lines of the rating of the best video slots for more than a decade. Novomatic’s annual turnover reaches $2.5 billion. The company supplies games to the best land-based and virtual casinos in the world develops its network of Admiral gaming clubs and has offices in Europe, Africa, South, and Central America.

Her current net worth is $6.3 billion with her source of Income source from her company, betting site Bet365. Denise Coates stands out among the representatives of the large gambling business. Firstly, this is one of the few women in key positions in the gambling industry, and secondly, she is much younger than most of her peers. Coates’ fortune is estimated at 6.3 billion dollars, but business and money are far from the only asset of a British citizen. In 2018, Forbes ranked her as the 81st most powerful woman in the world. On this list, Denise Coates was in the company of Angela Merkel, Theresa May, and Queen Elizabeth II.

Denise Coates is the founder and permanent CEO of the online bookmaker Bet365. She owns half of the shares of the largest bettor in the UK, the second part belongs to her brother John Coates. The father of Denise and John had his own betting business, but the young people decided to develop a new direction – online betting. In 2000, Denise purchased the Bet365.com domain and launched her website a year later. Things didn’t go well at first and Coates tried to develop a land-based betting network in parallel, but by 2005 she was fully focused on the Internet. Now the company’s turnover reaches 56 billion dollars, and Bet365 employs more than 2.5 thousand employees. Denise herself earned $280 million in 2018, making her the highest-paid CEO in the UK. Not much is known about Denise Coates’ personal life. During the formation of the business, the woman devoted all her time to work. However, this did not stop her from getting married, having one child, and raising four more.

He is currently worth $4.5 billion with PokerStars as his source of income. Mark Sheinberg is a member of the younger generation of millionaires who have made their money on online technologies. In the list of the richest people from this area in 2017, he ranked 55th, and in the overall Forbes ranking, he is in 424th position.

The future billionaire was born in 1973 in Israel. His parents were immigrants from the USSR. Mark’s father worked for IBM, which allowed him to move his family to Canada. In 2001, the young man, together with his father, founded the PokerStars Internet site, which differs from other similar projects in its simple interface and the ability to bet for real money.

Sheinberg attracted an audience of Internet users from among the ardent fans of poker with unconventional moves. In 2002, he hosted an online analogue of the live WCOOP World Championship of Poker and agreed with the World Series of Poker to launch a competition whose winners could participate in the WSOP.

Father and son worked together to take online poker to the next level and fuel the demand for online poker. Having gained an impressive client base, they began to earn money not only on cash games and tournaments but also on online advertising. In 2014, Mark Scheinberg sold his stake in PokerStars to Amaya Gaming, earning over $3 billion. Now he owns a stake in the Ritz-Carlton Yacht Collection cruise company and is engaged in the hotel business and construction.

Another woman, this time in position 413 on the list, with 4,600 million dollars. Her fortune comes from her family, as her father, Stanley Ho, founded Shun Tak Holdings, a company focused on construction in Macau. He currently owns shares in a casino operator, MGM China, whose IPO in 2011 brought him $1.5 billion. New Jersey in 2009 deemed Ho unsuitable (due to his father’s ties to organized crime) and ordered MGM China to sell its interest in the Atlantic City Borgata casino, though after failing to find a buyer; the IPO was exempted from doing so as Ho reduced his stake in MGM.

This businesswoman is ranked 478th among the richest in the world, and with her 4,100 million dollars, she closes the list of the 10 richest in the world related to gambling. She is the director and largest shareholder of SJM Holdings, one of the nine companies that are allowed to have casinos in Macau. SJM has 19 casinos. She is the fourth wife of Stanley Ho, father of Pansy Ho that we have previously reviewed. Most of her wealth comes from her real estate investments that she started 20 years ago.

Among the casino owners, there are men and women, they have a different history of development and different success. Let’s look closer at the comparison information of top 7 casino owners according to Forbes’ ranking

Gambling is an amazing activity, which is obviously good for both providers and gamblers. All around the world, the casinos keep gaining popularity and owners of the gambling business keep gaining their profit. Here you read about 7 of the most well-known casino owners but there are many more of them around the world.