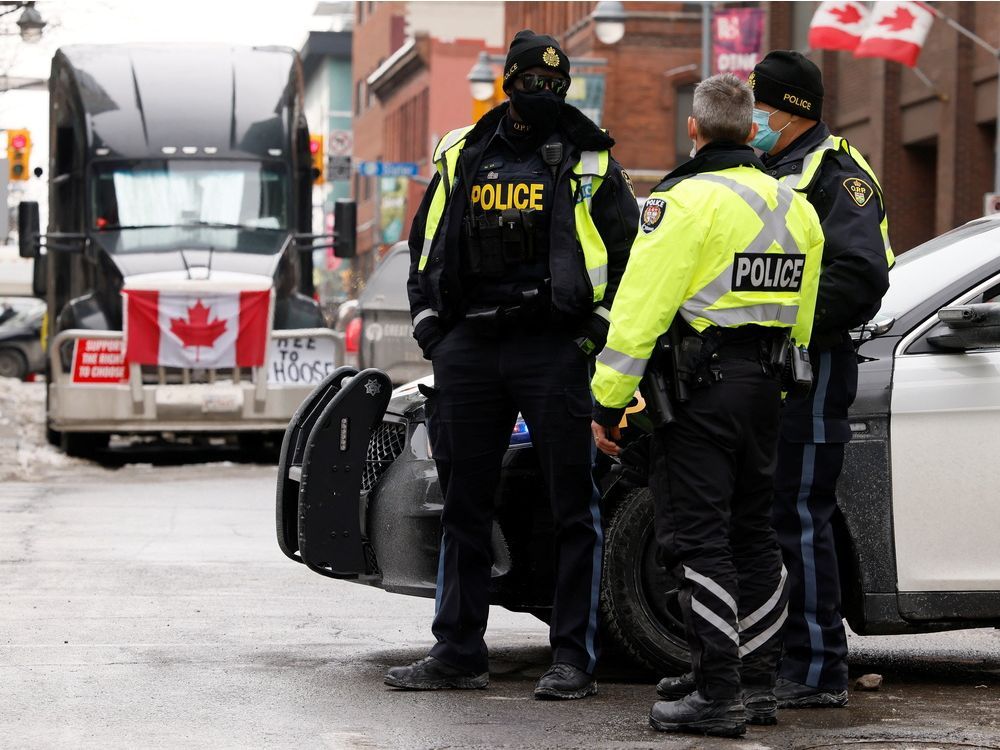 Feds should pick up the protest policing tab

The unexpected and astronomical costs being borne by the city of Ottawa and its policing of the trucker protest, no doubt, will put a strain on the city’s budget. As such, I question why Prime Minister Justin Trudeau is not telling Mayor Jim Watson that the federal government will pick up the cost?

The fact of the matter is that the truckers are upset with Trudeau and his Liberal government policies, not the people of Ottawa.

As Ottawans, I think we need to start pushing our local Liberal MPs to take some responsibility (as has Quebec MP Joel Lightbound) for the mess that we, who choose to live in Ottawa, have inherited, as a result of the federal government’s presence here.

Celebrate the freedom Canada already has

The Fraser Institute’s Human Freedom Index 2021, assessing twelve categories ranging from the rule of law to individual expression to government, ranked Canada as sixth highest of 165 countries which collectively represent 98 per cent of the global population.

When one considers the broader global picture then, Canadians should be celebrating our freedom. But the vocal minority rejects vaccine mandates and COVID restrictions without stopping to consider the fact that Canada is one of the few nations privileged to be able to provide vaccines to everyone. Their complaint that they should be free to choose should be tempered by recognition that it is the social responsibility of every citizen to act in accordance with the national interest during a crisis.

Currently, that means getting vaccinated to limit the spread of the virus and eliminate the need to unnecessarily consume health care resources. In the meantime, lives continue to be lost — what a travesty for a country with so much to celebrate.

Westray law is operating as intended

Contrary to the thrust of the article, the so-called Westray law is operating as designed. The article claims that the law was “a means to hold companies to account when negligence costs employees their lives.”

The legislation did not create any new Criminal Code offences. It changed the rules for finding that a corporation or its senior executives could be held liable for criminal — not simple — negligence resulting in death or bodily harm.

The criminal law is the most blunt instrument that society has and it is rightly reserved for the most egregious actions. For that reason, criminal negligence is an action that shows “wanton and reckless” disregard for the safety of others. This has been the law for many, many years and was unchanged by the Westray law.

Simple negligence that gives rise to a civil claim is not sufficient for a criminal offence. Moreover, the prosecution bears the heavy burden of proving guilt beyond a reasonable doubt. A balance of probabilities, which is sufficient for a civil claim in negligence or a prosecution under occupational health and safety legislation, is also not sufficient. Not surprisingly, police and prosecutors often decide after a full investigation not to lay charges.

We do not know what the investigation will uncover with respect to the chain of events that led to the tragic loss of life. We should not rush to judgment.