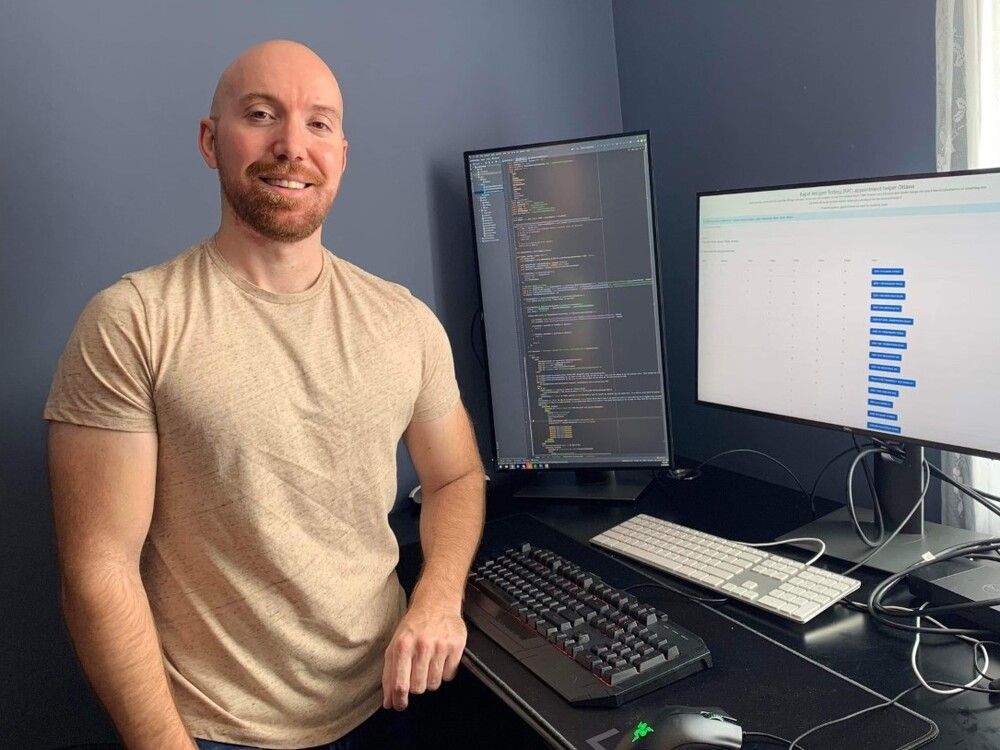 After an “incredibly frustrating” experience trying to figure out how to secure a COVID-19 rapid antigen test for himself, an Ottawa software developer has created an online tool to identify available appointments at major pharmacy chains in cities around the province.

Mike DiDomizio realized quickly from his own pre-Christmas experience that if you’re in the market for a rapid antigen test, or RAT, it’s not easy to know where to go, or to actually get your hands on one quickly once you figure that out.

The Ontario government has been providing free rapid test kits to organizations and workplaces, as well as through schools, and pop-up sites around the province. In a departure from previous guidance, the province now says rapid antigen testing may be used to confirm if a symptomatic person has COVID-19, with no requirement for a confirmatory PCR test.

Those who aren’t lucky enough to secure a RAT through government channels can turn to the private market, where tests are available for a fee through online purchase or pharmacy appointments for people without symptoms at Shoppers Drug Mart, Rexall and other pharmacies.

“I noticed on things like Reddit, other people also had that same issue. Confusion. Frustration. How to book a rapid test,” said DiDomizio, who ended up going to Gatineau for his own RAT appointment. “And that’s when I thought: there’s got to be a better way than this.”

The 36-year-old self-taught software developer initially built the tool — a RAT “appointment helper” — just for Ottawa, in a handful of hours.

Shoppers, Rexall and some other pharmacies all use the same third-party system for appointment-booking, and DiDomizio was able to get his tool to reflect the appointments that their systems show are available. Users can visit his website, see the list of local pharmacy locations and how many appointments are available at each, every day, and then follow a link to the pharmacy website to book one of those appointments.

When someone is desperate for a rapid test, “no one wants to mess around clicking on 10, 20 different links just to find out there are no available appointments,” said DiDomizio.

(Currently, Ontarians looking to book through the Shoppers or Rexall website punch in their address, get a drop-down list of locations, and can click on each one to see its appointment availability.)

DiDomizio shared the tool on Reddit Wednesday, after a soft launch of sorts several days before.

“And then once I was like, ‘Okay, this thing is going to help people.’ Then I posted it to Reddit.”

It’s been mostly well-received, he said, and some people have used it to find appointments. He’s also added other cities to the tool, but hasn’t shared it widely with users elsewhere yet. “I’m not trying to spam it to people.”

It does have limitations, he noted. There are other pharmacies using different appointment-booking software that his tool doesn’t capture.