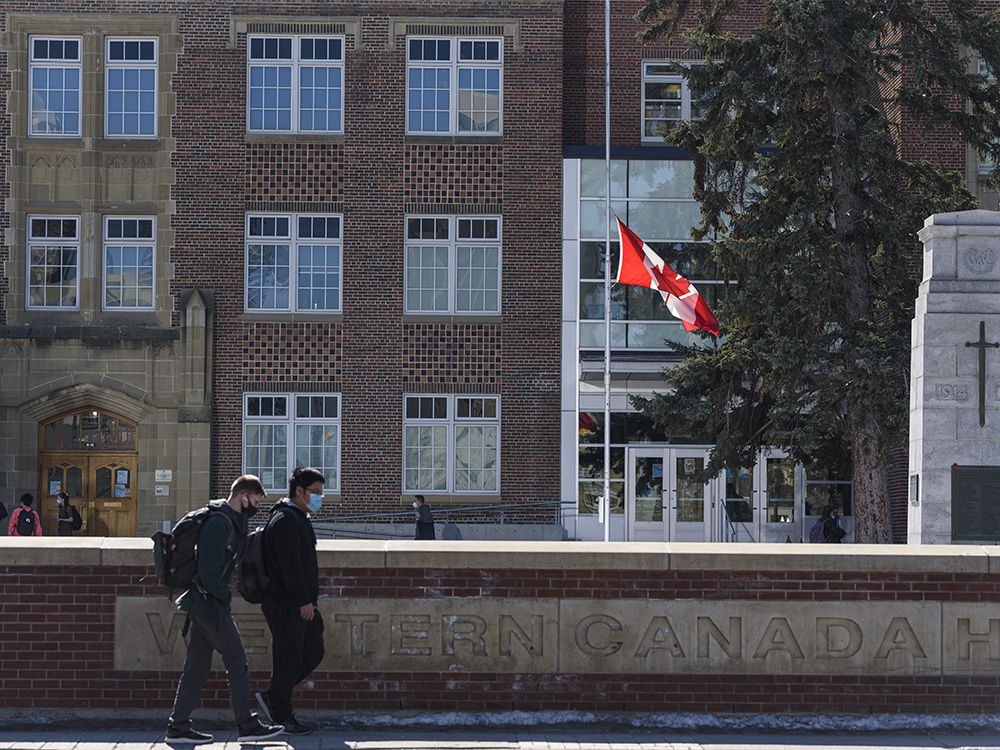 The teen was stabbed in the head during a robbery near Western Canada High School Friday evening.

A 15-year-old boy was stabbed in the head when he was robbed near Western Canada High School Friday evening, Calgary police said.

The teenager was walking on 17 Avenue S.W. around 10:20 pm when he was approached by a man who attempted to rob him. Staff Sgt. John Guigon said the suspect and victim were known to one another and during the robbery the teen was stabbed in the head.

“During the course of that robbery he was stabbed once we believe in the head. He managed to walk home before reporting it. EMS attended, assessed his injuries as superficial and did not transport,” said Guigon.

Guigon said it is now known if the victim is a student at Western Canada High School.

He said no arrests have been made in the case but given that the victim knows the suspect the case is solvable.