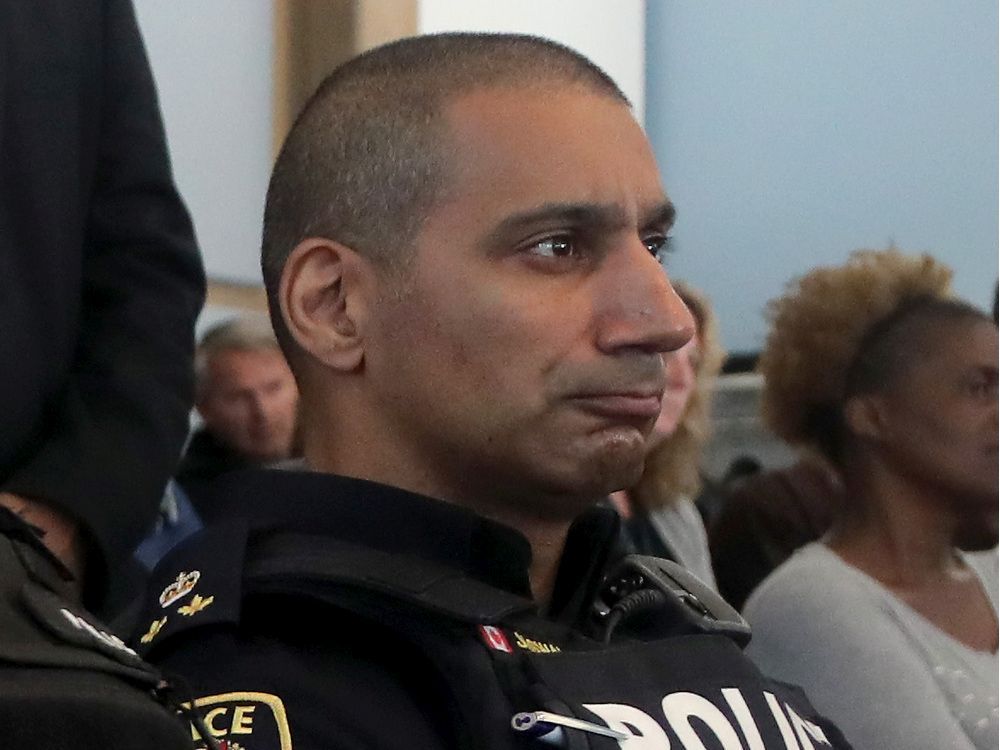 Deputy Chief Uday Jaswal has resigned from the Ottawa Police Service, his lawyer confirmed Thursday, nearly two years into a suspension over sexual harassment charges and just days ahead of an Ontario Civilian Police Commission hearing on the matter.

He had also been charged with two counts of discreditable conduct under the act stemming from his time as a deputy chief with the Durham Regional Police Service.

Ottawa lawyer Paul Champ, who has been representing two of the three women who have charged that Jaswal sexually harassed them, confirmed the OCPC proceedings would end with Jaswal’s resignation.

All eight charges were laid by the civilian oversight body for police officers in Ontario and were to be considered through the same proceeding, Champ said, with those charges related to sexual harassment being heard first.

The hearing had been scheduled for Feb. 28-March 5.

Jaswal was hired as a deputy chief in Durham in August 2016 after serving more than 20 years with Ottawa police, where he rose to the rank of superintendent. He returned to Ottawa in 2018, when the police services board hired him as a deputy chief.

His lawyer, Ari Goldkind, confirmed Jaswal’s client’s resignation from the police force and said he provided a detailed letter of resignation to the Ottawa Police Services Board.

Champ’s client, Jennifer Van Der Zander, is the only one of the three women whose identity is not subject to a publication ban, Champ said.

Van Der Zander, a civilian police employee who shared her name and story of alleged harassment by Jaswal with CBC News last year, filed a human rights complaint in August 2019 that led the OCPC to lay its first charges against Jaswal. Those came in March 2020, followed quickly by his suspension, with pay, which the Police Services Act currently requires.

Ontario Police Association president Matt Skof has said previously that, if not for Van Der Zander’s human rights complaint, “there’s a very good chance that none of these allegations would have seen the light of day.”

The other two women, both Ottawa police officers, directly approached the OCPC with accounts of sexual harassment by Jaswal. Taken together, the three women’s allegations stretched from 2008 to 2019 and ranged from a lewd text to, in Van Der Zander’s case, inappropriate touching at a colleague’s retirement party.

None of the allegations against Jaswal have been tested, and they won’t be, at least by the OCPC, following his resignation.

Champ said Thursday evening he’d spoken to Van Der Zander, who was in some ways relieved, but had been preparing to testifying at the hearing next week.

“She’s disappointed that she’s not going to have that opportunity to tell her story.”

Champ called the moment an important one for the Ottawa Police Service. “And I hope it marks … finally a change in the culture there.”

Van Der Zander’s human rights complaint had been held in abeyance during the OCPC process, and Champ said they will be returning to the Human Rights Tribunal of Ontario.