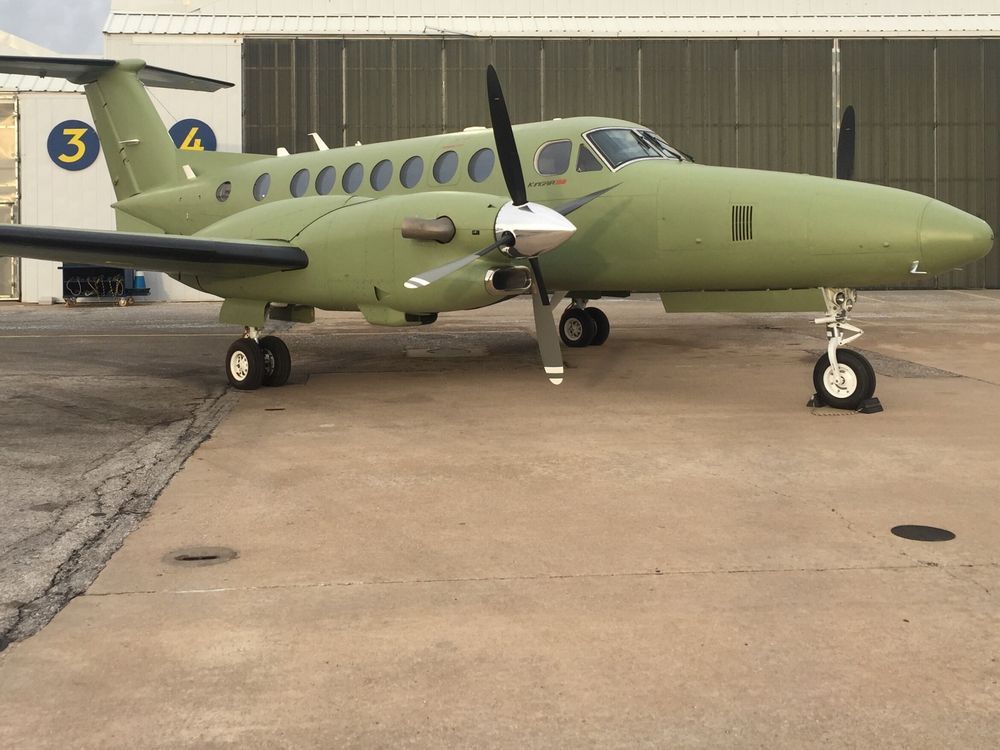 Canadian special forces were operating the mystery aircraft that flew over Ottawa during the so-called “Freedom Convoy” protests in late January and February, this newspaper has confirmed.

The U.S.-registered King Air aircraft was airborne over Ottawa on Jan. 28, Jan. 29, Feb. 3, Feb. 10 and Feb. 11, according to data collected by Steffan Watkins, an Ottawa researcher who tracks the movements of vessels and planes.

For instance, on Feb. 10 the aircraft was flying circular patterns over Ottawa before disappearing from publicly available aircraft tracking systems, Watkins said.

The flights coincided with the large-scale protests held in downtown Ottawa as part of the “Freedom Convoy.”

Protesters in Ottawa demanded the government remove rules designed to prevent the spread of COVID-19. But other demonstrators also called for the overthrow of the Canadian government.

National Defence spokesperson Dan Le Bouthillier acknowledged the aircraft was in use by Canadian special forces as part of a training mission on Feb. 10. But he stated the flight had nothing to do with the protests.

Information wasn’t available from National Defence on who operated the plane on the other dates, but military sources said those flights also involved Canadian special forces.

Canadian special forces are preparing to receive their own King Air aircraft outfitted with surveillance equipment and have been conducting training leading up to the delivery of those planes.

Those aircraft, the first of which is to be delivered this summer, will give the Canadian military the ability to collect data for missions overseas and at home. The modified small passenger planes are outfitted with surveillance equipment allowing for the interception of cellphone calls, radio transmissions and other communications. Electro-optical sensors would also allow crews onboard the aircraft to track the movement of individuals and vehicles on the ground, the Canadian military has noted. Canadian special forces had access to similar aircraft in Afghanistan to track and target insurgents.

Le Bouthillier said the special forces training was already planned before the Ottawa protests and to have cancelled the flight would have been wasting money.

Watkins claimed the aircraft could have flown anywhere in the Ottawa region if the situation called for regular training. But, instead, the plane was involved in specific flight patterns, he noted.

“I believe their precise circular tracks over Ottawa suggest a form of electronic surveillance, not simply digital electro-optical imagery or video,” Watkins added in a separate report on the flights.

The Globe and Mail newspaper, citing Watkins’ data, first reported the Feb. 10 flight in an article last month. At the time, National Defence acknowledged the plane was conducting military training, but did not reveal it was being operated by Canadian special forces.

The new surveillance aircraft will be based at CFB Trenton, Ont.

Canada paid the U.S. government $188 million for the aircraft. The overall project is estimated to cost taxpayers $247 million.

A maintenance contract for the new planes was awarded to a team consisting of General Dynamics Mission Systems-Canada of Ottawa and Voyageur Aviation Corporation of North Bay, Ont.

Canadian special forces has conducted other training to prepare for the arrival of new surveillance aircraft. In October, members of the Canadian Special Operations Forces Command went to the U.S. to work with that country’s special forces in developing tactics and procedures for use with the planes.

In 2019, U.S. special forces personnel were in Ottawa and Petawawa doing similar training. In mid-November of that year, members of 427 Special Operations Aviation Squadron and the Canadian Special Operations Regiment, both based in Petawawa, conducted an exercise supported by one of the American aircraft. The U.S. plane operated from the Ottawa airport, and flights occurred between Petawawa and Mansfield-et-Pontefract, Que., according to Canadian special forces.

The surveillance gear onboard the new Canadian military aircraft is still subject to tight U.S. restrictions. Canadian military staff and aerospace employees won’t be allowed to work on parts of the equipment as they contain sensitive American-made systems that can only be handled by U.S. citizens. Instead, the gear will have to be sent to the U.S. for maintenance or U.S. government staff will have to travel to Canada to work on the planes, according to Canadian officials.