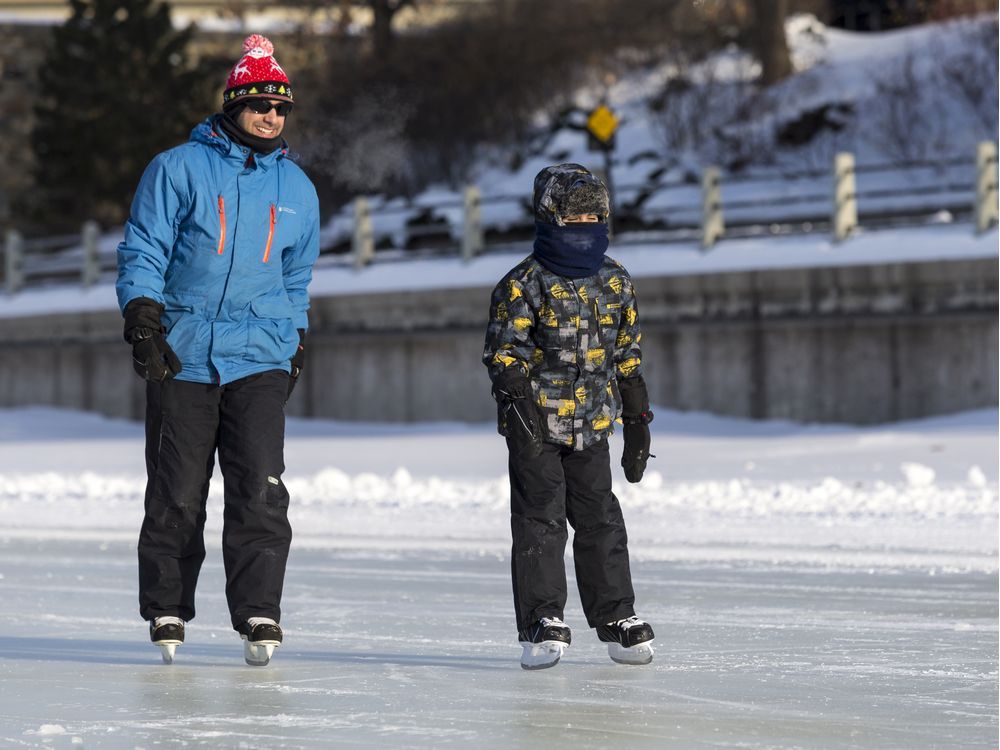 The National Capital Commission is warning folks to stay off the Rideau Canal because the ice surface is still “dangerously thin” with warning signs posted at access points.

There’s plenty of water in which the unwary could take an unexpected swim: the water level beneath the surface ranges from about one metre (three feet) to 4.3 metres (14 feet) between downtown Ottawa and Dows Lake.

Work crews will be on the canal in the coming days but it’s not a sign that the ice is safe, the NCC warned. Crews are flooding in preparation for skating season but they’re pros “who know how to manage the risks associated with their work.”

The Rideau Canal Skateway opens when the ice thickness measures at least 30 centimetres (12 inches). That takes about 10 to 14 consecutive days of temperatures between -10°C and -20°C, the NCC said.

“Once the ice thickens and conditions are safe,” the commission promised, crews will “work hard to open the 52nd season on the world’s largest skating rink as quickly as possible.”