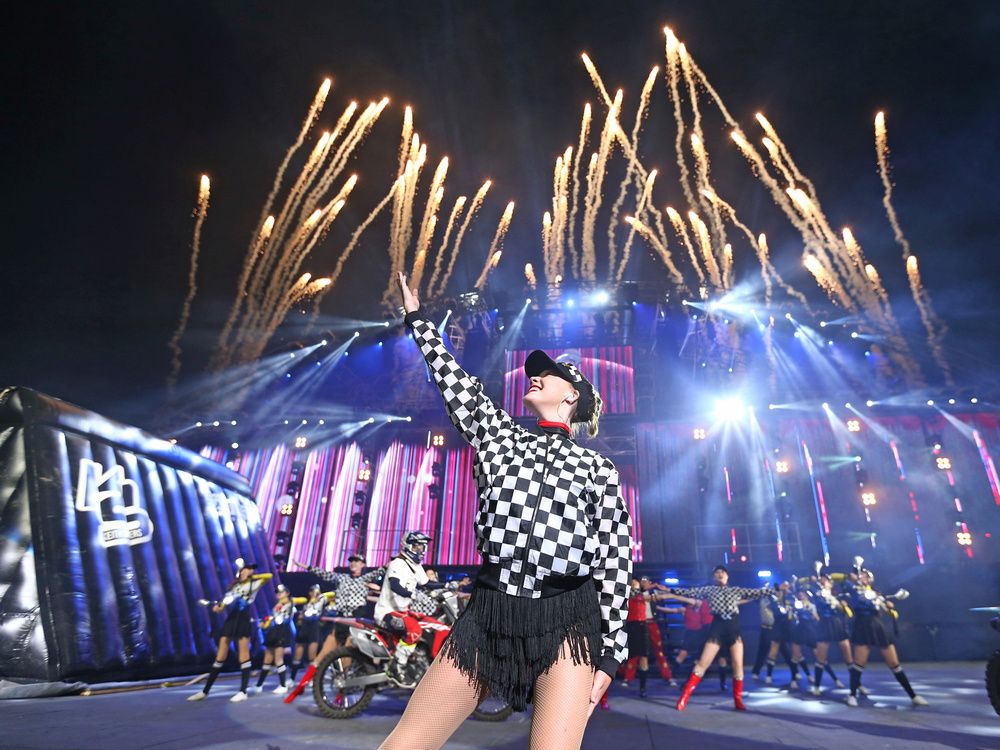 Prepare to have your Stampede experience amplified this year.

According to Mark Erikson, that means your visit will be stronger, bigger, louder and more important, all courtesy of this year’s Bell Grandstand Show,

That’s why Erickson, who is the producer of the Bell Grandstand Show, titled it Amplified.

“We’re all so proud of this year’s show because it is a mega-production and what we’re saying, as loud as we can, is that we’re back and we want everything to be bigger as well as better,” says Erickson.

“We have a new set, new costumes, new technology, some new songs and a live band. We haven’t been able to have a band for a while and this has given us all a genuine boost. The fireworks at the end of the show will be a fitting nightcap and I promise they will have people craning their necks to watch the sky.”

Amplified will celebrate music in Calgary.

“Calgary is a music city. It always has been. We boast some incredible music venues like The Palace Theatre, the Grand, Ranchman’s and The King Eddy just to name a few,” he said.

“Songs can prompt some great memories and great emotions. We hear certain songs and recall when we heard them, where and with whom. This kind of nostalgia is what we are after in Amplified because it invokes such feel-good emotions and that’s what we all need these days and what we’re going to give our audiences.”

“In his nightly set, Dean will help us celebrate Canadian music,” Erickson says. “Our tribute to the great music venues in Calgary will happen courtesy of our giant video screens and our new technology. We’ll be taking the audience down memory lane. It will be pure nostalgia.”

The Young Canadians of the Calgary Stampede have been a mainstay of the Grandstand Show for more than 50 years and one of the most popular of its attractions.

“This year, there are 96 Young Canadians in the show and they are all featured in the big opening number Blue Suede Shoes. It’s a real showstopper.”

The Young Canadians will also share the stage with trick roper Loop Rawlins, another headliner in Amplified.

“When we contracted Loop, we did something we haven’t done in the past. We asked him to come to Calgary in April to start working with the Young Canadians who would be part of his act.

“Loop taught them how to lasso and then taught them some great tricks,” says Erickson, who tried his hand at rope tricks, admitting “it’s a really difficult and challenging art. It blew my mind when I saw some of the kids doing cartwheels with their lassos. I think we are setting some kind of record with the number of people performing these tricks together.”

Erickson says Amplified would not be complete without a bigger, more exciting rendition of the Young Canadians’ trademark song We Built This City.

“We’re so proud of Calgary and this number will be our way of saying that and acknowledging it’s our responsibility to keep the music playing for many tomorrows to come.”

The Bell Grandstand Show follows the Chuckwagon Races each evening at the Calgary Stampede, July 8 to 17, at the GMC Stadium.