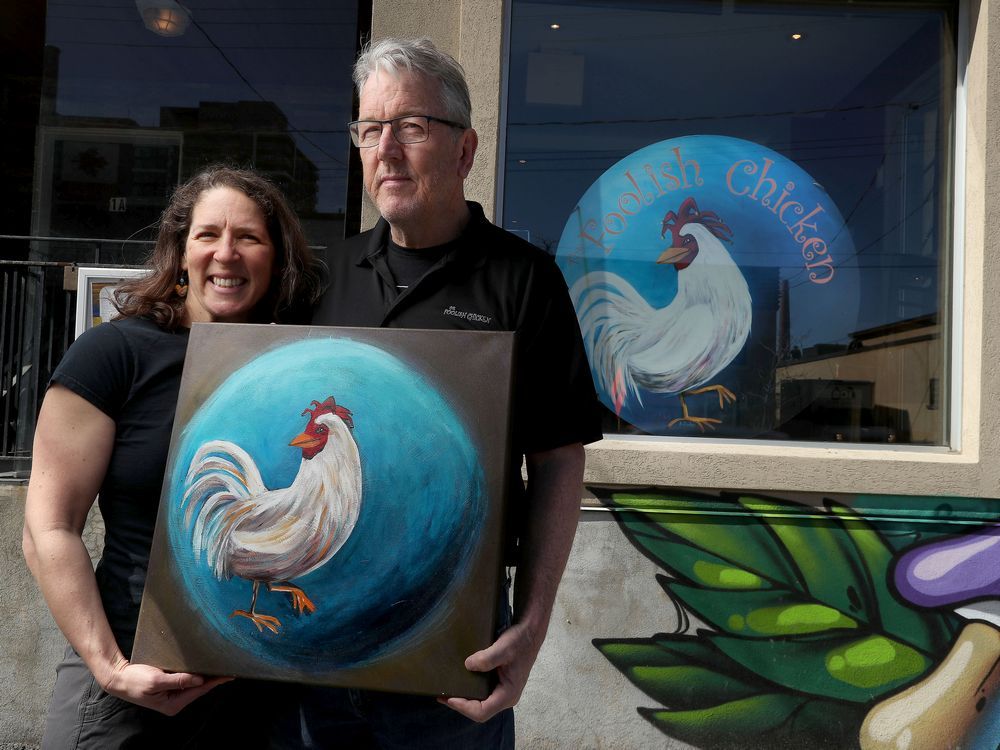 A Preston Street eatery beloved for its roast chicken and ribs is up for sale because its owners say the ongoing pandemic-driven staffing shortage has made selling the business preferable to being an owner-operator.

“What happened was we didn’t have the staff and we kind of burned ourselves out,” said Rick Boland, who co-owns and operates the Foolish Chicken with his wife, Natalie Aucoin.

“The last two years, everything that was thrown at us pretty much beat us up. We need someone in there that’s fresh,” said Boland, 61.

For roughly the last year, since the spring 2021 lockdown ended, restaurants in Ottawa and beyond have struggled to find workers for their dining rooms and especially for their kitchens. Boland said rising costs for his ingredients and associated supply chain problems have also added to his frustrations as an operator.

Still, he maintained that as an established turnkey business with a product and clientele, the Foolish Chicken would be viable in the right hands.

“I think it’s a good opportunity for someone. It took us 15 years to get to this. But we need a quality of life. I’m not going to live forever,” he said.

Boland said he downsized his business during the first year of the pandemic, moving from its original location on Holland Avenue to its Preston Street location that is half as large.

When the Foolish Chicken was on Holland Avenue, many customers were federal employees at the nearby Tunney’s Pasture complex who came for lunch, Boland said.

“That all went to zero” when the employees began working at home due to COVID-19, he said.

The move to Preston Street also allowed Boland to save money because, while the original location was rented, he owns the Preston Street building. Previously, it had been rented by Mason-Dixon Kitchen, a barbecue restaurant that closed in the fall of 2020.

Boland said the Foolish Chicken was already doing well selling takeout food before the pandemic, and that line of business has only gotten better.

But Boland said he now basically works “day in, day out” because “there’s no decent staff available.

“We ended up being here more than we used to be,” he said. “It’s gotten more difficult, not less, and I’m just not interested in continuing.”

Boland said since he announced last week on social media that he was selling his eatery, a few prospective buyers have made “low-ball offers.”

At the same time, other restaurateurs have inquired about hiring his staff. “Unfortunately, we don’t have anybody to give them,” Boland said. “I don’t know how to explain the labour shortage or the exodus from the industry of qualified people.”

While there will be more hospitality workers available when high school and university students look for summer jobs, Boland said that would not likely solve his problem.

“It’s not hard to find people to bus tables or wash dishes,” he said. “What’s missing is experienced line cooks and kitchen managers.”

He added that as patio season arrives in Ottawa and more customers want to frequent restaurants, staffing problems will only grow more acute.

Boland said he has mixed feelings about closing because he’ll miss his regular customers, including hundreds who expressed their dismay when he posted news of the Foolish Chicken’s closure on Facebook.

He added that he plans to take the summer off and golf because during a life spent working in the restaurant business, he’s never had more than a two-week holiday.

Many other Ottawa restaurants cope with the staffing shortage by opening fewer hours each week, eliminating lunch services or closing on Mondays and Tuesdays.

When some short-staffed restaurants recently had workers who contracted COVID-19, they were forced to close temporarily because they had too few staff to operate.

Some Ottawa restaurants that have closed permanently during the pandemic are the Fish Market Restaurant in the ByWard Market, Bar Laurel in Hintonburg, Chu Sing in Chinatown and Il Primo on Preston Street. In some cases, new restaurants have replaced them, while in other cases, properties remain vacant.