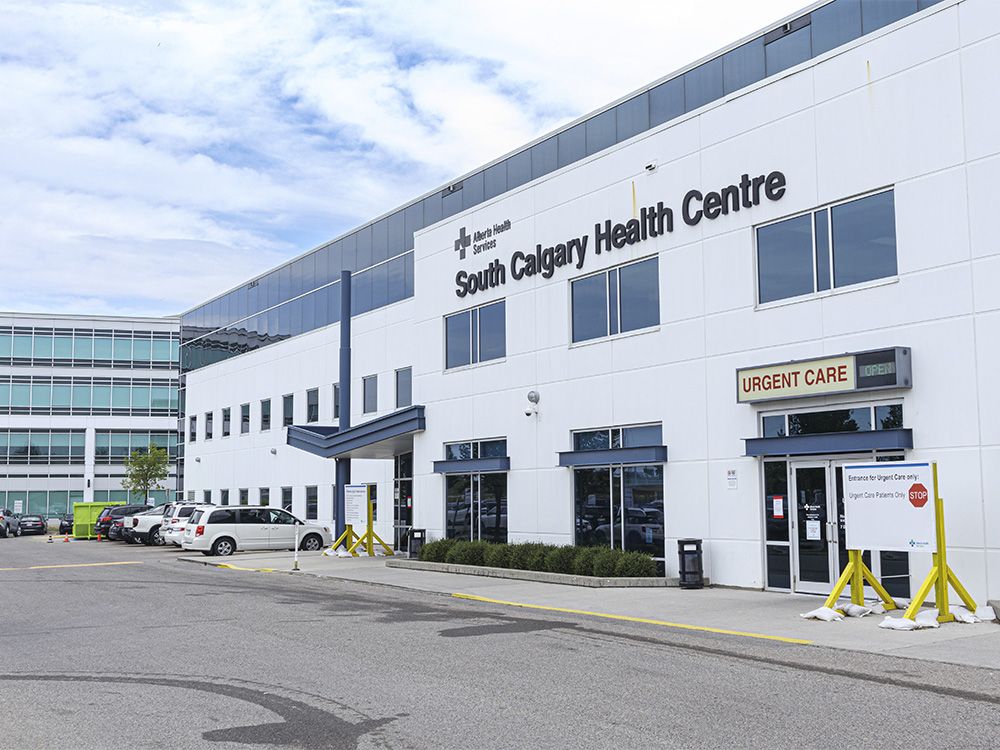 That’s according to Dr. Eddy Lang, the head of emergency medicine for the Alberta Health Services Calgary zone. He said health systems across the country are dealing with these challenges, which have led to disruptions at the South Calgary Health Centre and the Airdrie Community Health Centre.

“Nurses are being drawn to greener pastures and are stepping away from emergency and acute care . . . I think the high-stress environment that’s obviously exacerbated by people waiting a long time and at higher volumes has made people rethink their priorities and think more about work-life balance.”

The South Calgary Health Centre, in the southeast community of Sundance, is operating daily from 8 a.m. to 8 p.m. as of Tuesday, closing two hours earlier than usual due to short staffing. Patients arriving up to two hours before closing may be directed to other facilities, AHS said.

That news followed an announcement of eight weeks of overnight weekend closures at Airdrie’s urgent-care centre due to gaps in physician coverage.

Staffing levels at the Sundance centre have remained constant and are in line with pre-pandemic levels, according to AHS, noting a “very significant” increase in demand is at the core of the problem.

The facility saw an average of 145 patients daily in May 2022, up 26 per cent from 106 per day in January 2022 and 18 per cent from pre-pandemic levels of 120 per day. And AHS said that increased demand is more significant at night, with the average number of patients waiting to be seen after 8 p.m. almost doubling from January to May of this year.

“Staff and physicians are regularly staying several hours later than their scheduled shift end time to care for these patients,” AHS spokesman James Wood said in a statement.

“Modifying hours of operation is a temporary measure only taken as a last resort. Alberta Health Services is working hard to ensure local residents continue to have access to the care they need during this time, and to keep all other services operating as normal. There are no current plans to reduce hours at other facilities in the Calgary zone.”

About 20 patients usually come to the Sundance urgent-care clinic during the hours that have been cut, Lang said, meaning those patients will have to be diverted elsewhere.

Lang stressed triage nurses at urgent-care facilities speak to patients within minutes of arrival to evaluate when patients need to be seen, and said Health Link 811 can help patients evaluate whether they need to seek urgent or emergency care.

He predicted pressures on urgent-care facilities will slowly ease as Alberta moves out of summer.

“I think there will be gradual improvements. We’re graduating large classes of young nurses. We’re hiring new physicians into the Calgary zone in the emergency department. We’ve got graduating residents. It’s still a very desirable place to work, but these transitions take time,” Lang said.

AHS said it has 206 more staff working in emergency departments now than one year ago.

Rinaldi said ongoing stresses on Alberta’s health-care system mean patients will see some disruptions to care. She said she doesn’t believe a short-term solution exists to remedy the issue, but that a new agreement between the province and its doctors could bolster Alberta’s ability to retain physicians.

“We’re the only province now without an agreement, which puts us in a poor position in terms of attracting physicians,” Rinaldi said. She added she hopes Alberta can provide incentives to other health-care workers as well to encourage them to remain in the province.

Rinaldi said reductions in facilities such as urgent-care clinics have a snowball effect on other areas of the health system.

“For physicians’ offices, it will reflect more calls for appointments for doctors who are already fairly heavily booked,” Rinaldi said. “Other walk-in clinics nearby, some people will seek to go there. And some people will out of frustration choose to go nowhere and perhaps end up with a very bad clinical outcome.”