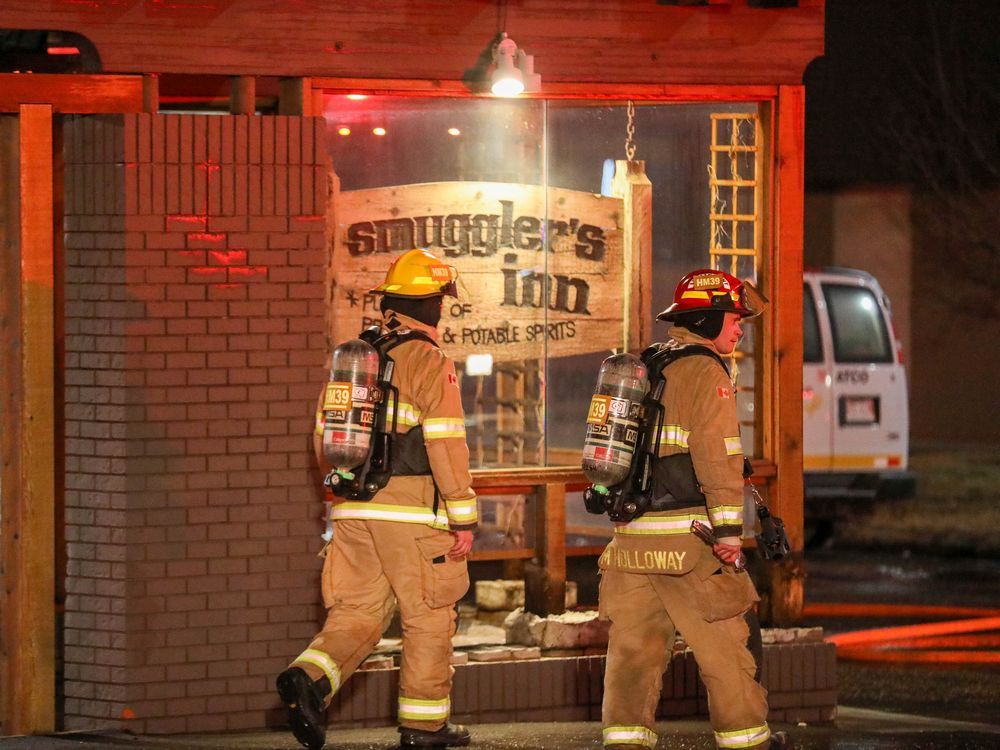 A Monday night fire at the Smuggler’s Inn steak house may delay the planned reopening of the Calgary establishment, but it won’t mean an end to its famous prime rib.

Cindy Down with Renoir Management, the company that owns the building on Macleod Trail, said Smuggler’s Inn and Frank’s suffered serious water damage from the fire department’s hoses and the building’s sprinkler system, but added that can all be repaired.

“You can still walk around on the main floor. It’s just a mess with the water damage,” said Down. “We were very lucky.”

An office that was on the roof was damaged in the fire.

Down expects two adjacent restaurants in the same building – Bolero and Monsoon — will reopen within days once inspectors give the all-clear.

Calgary Fire Department spokesperson Carol Henke said crews received the call at 8:25 p.m. Monday for reports of flames on the roof of a building in the 6900 block Macleod Trail.

One of the many people to call in a report of flames was an on-duty fire inspector who happened to be across the street when it started.

Henke said crews arrived on scene quickly and were able to knock down the flames before they could really get inside the main part of the building.

“The winds did not help us,” said Henke. “There were wind gusts of over 40 kilometres an hour.”

Enmax and Atco were called to disconnect utilities. City of Calgary road crews were also brought in to deal with ice forming on Fisher St. and 69 Ave. S.E.

It was sad to watch flames engulf Frank’s restaurant in Smuggler’s Inn this evening at 6920 Macleod Trail SW. In December 2021 fire destroyed the Ginger Beef Bistro House not far away. pic.twitter.com/5HhHLQa7xN

Henke said the fire is not suspicious and investigators were on scene Tuesday looking into a suspected cause.

“There are reports of some workers on the roof (Monday),” she said. “The fire investigator is returning to the scene to continue the investigation on the origin and cause, and the connection to any work being done on the roof.”

Down confirmed the roofing crews had left the site around 6 p.m.

Smuggler’s Inn has been a staple on the Calgary dining scene for more than 40 years. It closed at the start of the pandemic in March 2020. Renoir Management bought the building in February of last year and was weeks away from reopening Smuggler’s Inn and Franks, according to Down.