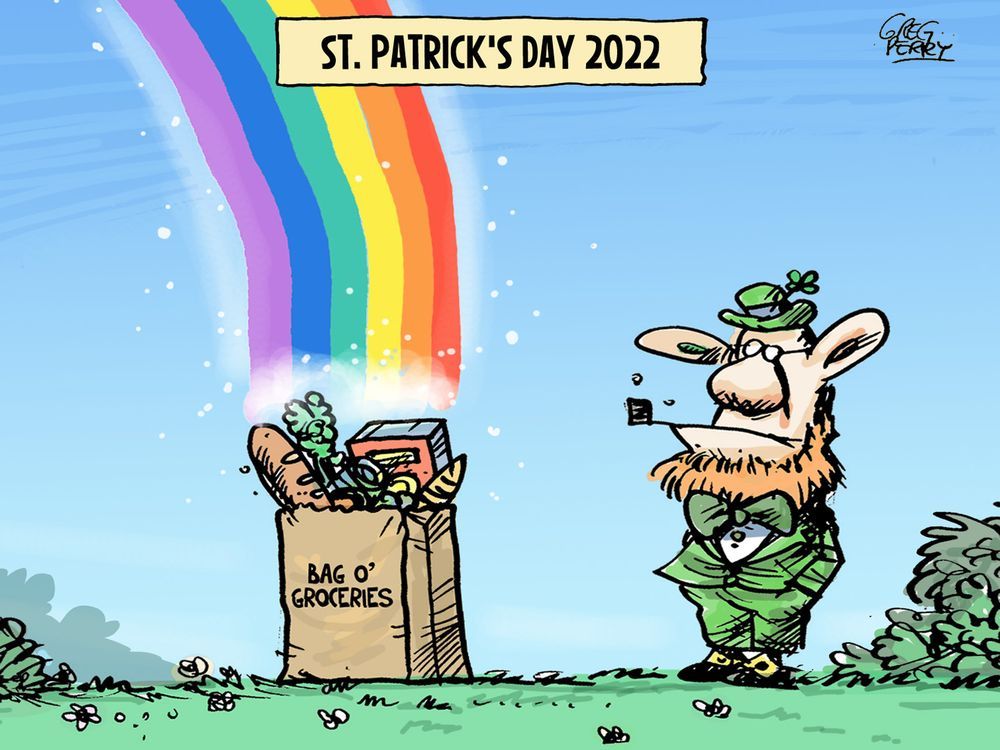 Say the words “Saint Patrick” and the word you’re apt to hear next is “Ireland.”

It’s believed “Patrick” was born and raised in the late fourth or early fifth century in what was then Roman Britain. He would later write, in his “Confession of Saint Patrick,” that he was abducted by Irish pirates and taken to Ireland at age 16.

In Irish captivity, Patrick developed his spiritualism. He studied Christianity during his six-year detention, escaped and returned to Roman Britain. Patrick later continued his religious studies in now present-day France and was ordained a priest. He returned to Ireland for the rest of his life, having been called as a missionary from a dream he had had earlier in Roman Britain. In his older years, he served as a bishop. Patrick died on March 17, the day we celebrate him as Ireland’s primary saint.

Here in the national capital area, only a tiny minority observe Saint Patrick’s Day (or the Feast of Saint Patrick) as a solemnity. For most, it’s the day when “we’re all a little bit Irish.”

In the afternoon and evening, Ottawans famously celebrated, too, with music and pints at pubs and taverns (green-dyed “Irish beers” have mostly now given way to local, adventurous stouts, such as vanilla and chocolate versions). Coming from those same pubs and taverns, you’d sometimes hear patrons, in lovable discordance, singing “Black Velvet Band” and “Whiskey in the Jar.”

Such liveliness aside, Ottawa’s Irish diaspora is a significant part of the city’s history. In particular, the Irish were among the many labourers who built the Rideau Canal between 1826 and 1832. Thousands of labourers and their families died from malaria during the canal-building. Today, there are a few plaques on land along the length of the Rideau Canal that explain the canal’s history and, in Ottawa, near the Bytown Museum there’s a Celtic Cross to remind visitors that many of the deaths were Irish immigrants.

Two of Ottawa’s most known Irishmen (one infamous and one famous) have intertwined lives: Patrick J. Whelan and Thomas D’Arcy McGee. Whelan, from County Galway, Ireland, lived and worked in Ottawa at the time of Confederation. He was purported to be Fenian. The Fenians sought an independent Irish republic in part through invasions of British-held lands such as Canada, or its pre-Confederation colony, the Province of Canada. McGee, from Carlingford, Ireland, primarily a journalist, poet, and later, member of Parliament, also lived in Ottawa at the time and similarly had supported an independent Ireland.

However, McGee became disenchanted with Irish republicanism and instead promoted a Canadian confederation under British rule. Canada was only nine months old when McGee, while entering his boarding house on today’s Sparks Street Mall, was assassinated for his turn of politics. Whelan was tried and hanged for McGee’s death although he denied that he was the killer (Whelan, interestingly, once acted as assistant marshal at one of Ottawa’s Saint Patrick’s Day parades).

To all national capital area residents on Saint Patrick’s Day: Sláinte and Budmo!

Mel Simoneau is a writer in Gatineau.