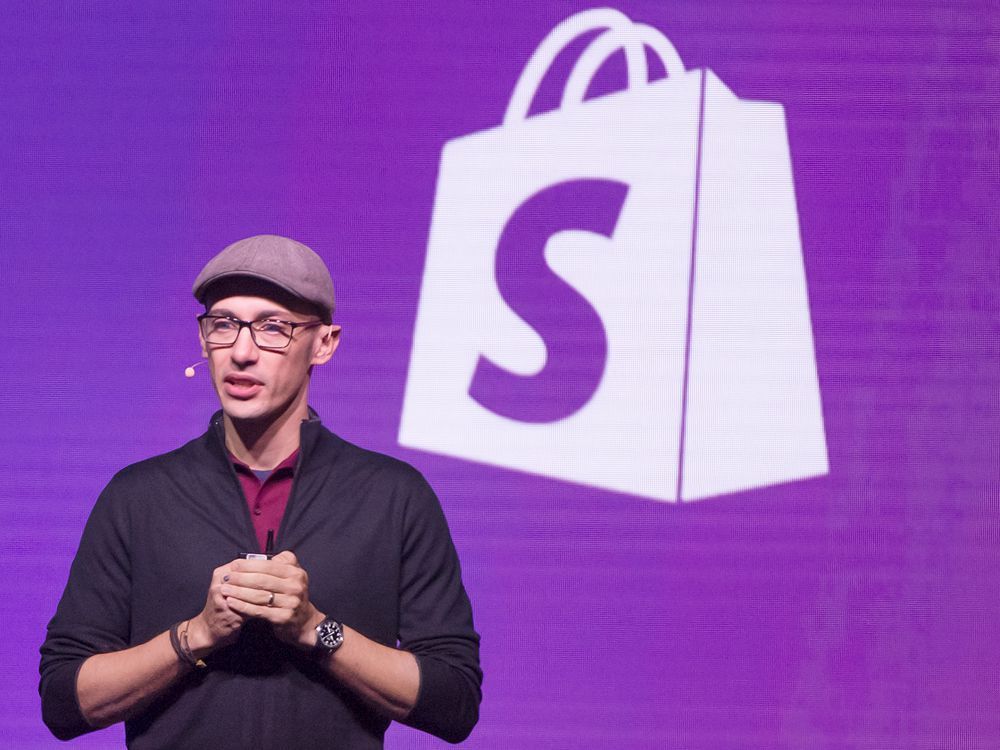 When Shopify issued shares to the public for the first time seven years ago, it crossed an important threshold. Outsiders would begin to exercise some control over the affairs of the e-commerce enabler.

Those who bought Shopify stock through the initial public offering — 7.7 million Class A shares at the bargain-basement price of US$17 each — wound up with about 10 per cent of the firm’s ownership. But their voting strength was much weaker. Collectively, they held just 1.1 per cent of shareholders’ equity.

This great disparity was shored up this week by company proposals subject to a shareholders’ vote June 7.  If approved, however, the disparity will be limited to just one person: company CEO and founder Tobi Lütke. When he leaves, voluntarily or not, it would be the end of a two-class share structure that might have seen control of the firm pass to family members.

Such inter-generational transfers “involve certain risks,” the board of directors noted in a shareholder proxy, including the possibility of voting power winding up with “one or more individuals who did not possess the same skills and vision as Mr. Lütke.”

Successful startup firms often go through multiple stages of growth requiring different styles of management to maintain momentum. Lütke has been there from the beginning and appears to have managed the transition from entrepreneur to longer-term visionary without much difficulty.

But the capital structure of Shopify has changed profoundly, along the way weakening his control of the firm’s direction. The board of directors decided a course correction was required. It is a problem many startups would love to have as it arises from Shopify’s very rapid expansion.

Shopify’s founders, early investors and first employees were awarded Class B shares, each of which entitled the holder to 10 votes. The idea was to keep control of the firm in the hands of insiders and loyalists at least until it had a chance to grow.

Control hardly seemed an issue immediately after the 2015 IPO, when Class B shares made up nearly 90 per cent of the 74.4 million shares and controlled 99 per cent of the votes.

But the ratio changed quickly with Shopify’s expansion. Every time the company issued shares to acquire another firm or to raise cash, these were Class A. An expanding workforce was rewarded with options to buy shares, or grants of restricted stock units. Both types of compensation featured Class A shares. In all, Shopify granted five million stock options between 2015 and 2021, plus 6.8 million restricted stock units.

The result of all was to see the total number of outstanding shares at Shopify soar from 80 million at year end to 2015 to 126 million last December.

At the same time, the number of people owning Class B shares fell sharply. Many original investors exchanged these one for one for Class A shares, which they could sell on the open stock exchange. The two main remaining exceptions were Lütke and Klister Credit Corp., an investor.

By last month, Lütke and Klister held 7.9 million and 3.8 million Class B shares, respectively, representing nearly all this class of stock. Even so, this was just 9.5 per cent of Shopify’s shares. Given the 10 to one disparity in favour of Class B stock, this still gives Lütke effective control over Shopify’s strategies. But Shopify’s articles of incorporation contain this quirk: If the number of Class B shares slips below five per cent of the combined total of Class A and Class B shares, then his Class B shares will convert to Class A shares on a one for one basis.

The upshot: His effective voting stake would drop from nearly 40 per cent to little more than six per cent, making it much less likely he could prevent a corporate takeover not to his liking.

Shopify’s board of directors began work more than a year ago to make sure control stays with Lütke. Against a backdrop of a soaring company share price, followed by a collapsing one, teams of lawyers representing the board and Lütke met what seems to have been dozens of times to produce the following arrangement:

• Klister agreed to convert its Class B shares to Class A, leaving Lütke (and associated family entities) as the remaining Class B shareholder of any size. This would give Lütke nearly 40 per cent voting power.

• Lütke would be awarded a Founder’s share, a new class of share allowing him to maintain his 40 per cent control in future as Shopify issues more Class A shares for acquisitions, stock sales and stock-based compensation.

• In turn, Lütke will be prohibited from passing Class B shares to family members.

• The Founder’s share will lose its value in the event Lütke sells more than 70 per cent of his current allotment of Class B shares. Since this would represent the unloading of 5.5 million shares valued at C$4.1 billion, based on Tuesday’s closing price, this condition likely wouldn’t be triggered very soon.

Will the motion in support of the new arrangement pass at the June shareholders’ meeting? Quite likely. With Lütke at the helm, Shopify has made a lot of people very wealthy, including many employees who joined the company after 2012 and stayed at least three years before cashing out options or share units.

Nevertheless, the 66-per-cent slide in Shopify’s share price since last November has hurt. The directors’ circular points out the new equity arrangement “maintains Mr. Lütke’s influence over Shopify (which) may have the effect of limiting the likelihood of an unsolicited take-over bid or merger proposal.” Such takeovers generally come with a significant share price premium.

Employees, including executives, have been affected. At year end, there were 1.2 million stock options outstanding, plus 844,000 restricted stock units. The value to employees for each of these instruments has declined dramatically. The proxy noted the exercise price for stock options granted last year to executives and certain employees was US$1,280, substantially above the US$591.06 closing price on Tuesday.

The other way to look at it, of course, is that, if you believe in Shopify as a 100-year firm, as Lütke has said he does, this is just part of the high-tech cycle.