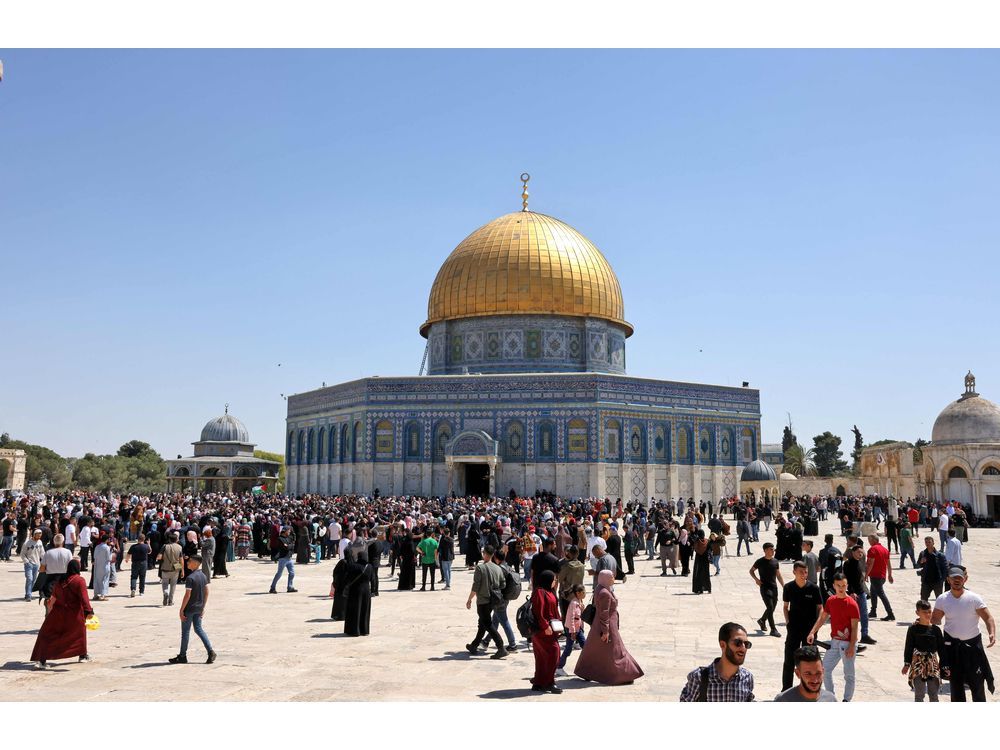 Early last week, our middle-school students looked out the window, saw the sunshine, felt spring beckoning, and asked if they could take a walk together. Encouraging a healthy lifestyle and realizing the students were feeling the effects of daytime fasting during Ramadan, their teacher graciously abandoned his lesson plan and took them for a short walk in the neighbourhood.

They left filled with hope but returned somber, and some were animated. They told me that they had witnessed a Black man being pulled over in his vehicle by local police services. Before they knew it, two other cruisers showed up. “Why did they need three police cars for one man?” one child asked me, “Was it because he was Black?” All nodded their heads in agreement, voicing concerns about racism.

So I know that they likely felt déjà-vu when they heard about Israeli riot police entering the al-Aqsa mosque in Jerusalem last weekend, firing rubber bullets, using stun grenades and damaging it inside. The Israelis said they were responding to crowds hurling rocks toward the Western Wall, but to Palestinians — 150 of whom were reported injured — the actions of police were meant to provoke.

Palestinian legal rights afford them different access to land and resources. Israelis are subject to local laws and dealt with as regular citizens with rights and due process. Palestinians in occupied lands are subject to military laws for local matters — random stops and searches are acceptable and take place 24 hours a day — and in the middle of the night families are woken up and their houses are searched, often without any cause.

If an Israeli settler attacks a Palestinian, soldiers call the local police to deal with the matter.  If a Palestinian retaliates or fights with a settler, military rule applies. The army can lock their front door, take their home as a base, arrest them and detain them, even apply for their home to be demolished.

Palestinian movements are severely restricted. Among settlements, they may have had their access to the street cut off, so they must climb through windows and over walls into yards to leave their home. It’s a somber affair and well documented by independent human rights groups, with whom the United Nations concurs.

As young people come across headlines describing footage of a Michigan police officer shooting a 26-year-old black man (Patrick Lyoya) in the head after a scuffle over a Taser, it is only natural they look upon the man they saw stopped here and make a connection. When they see shots fired in a mosque, it’s only natural they make a connection with mosque shootings here and elsewhere and feel it keenly when offering prayers at mosques in Ramadan themselves.

As adults in their lives, it falls upon us to try to bring calm. Listening to their concerns and validating them, allowing them a space to think of concrete ways to make positive contributions to their community, modelling patience — these are all ways we can support them in a healthy way. But deep down inside, I genuinely worry.

Increasing inflation without wage increases: this is the world our children are growing up in.  They’ll be unlikely to own their homes, and unlikely to recover from a massive national debt, all while witnessing a concentration of wealth in the hands of a few. We can placate young people when they read troubling news and see troubling things. But if we can’t address inequality and inequity in real terms, it’s unlikely we will be able to soothe their frustrations long-term.

Aisha Sherazi is a local educator, writer and artist, dabbling in activism at times.