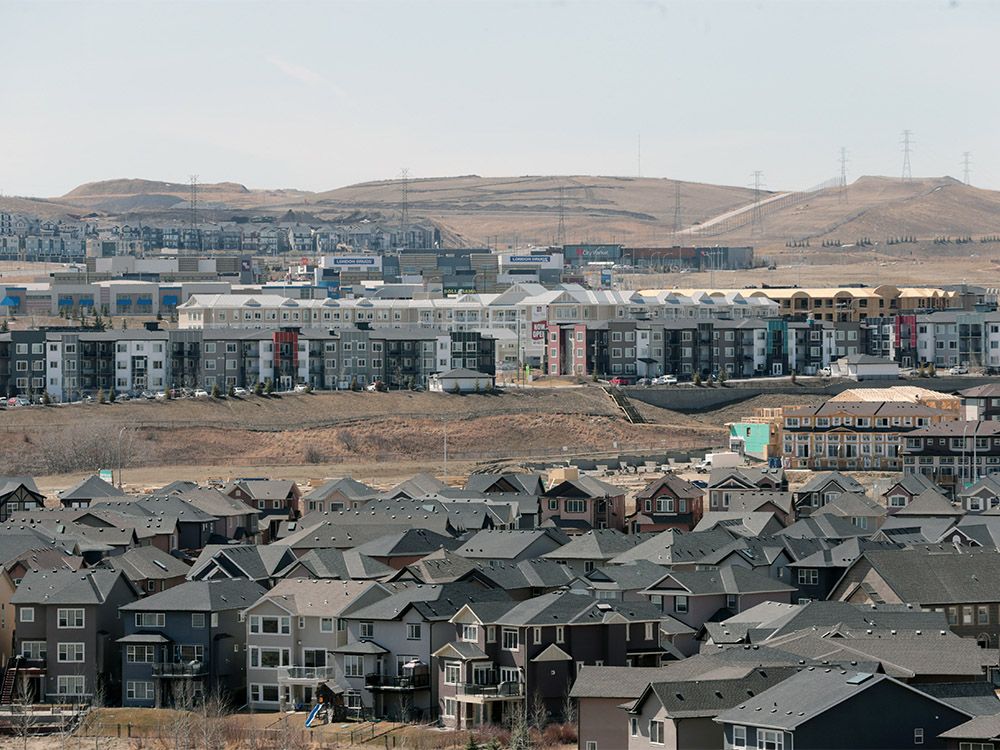 Homeowners in northwest Calgary’s Sage Hill community are organizing a petition with the intention of removing their residents’ association’s board members after the association threatened hundreds of residents with legal action over unpaid fees.

Several residents found a document taped to their front doors in mid June, demanding payment of overdue association fees as well as significant legal and administrative costs. Some said their typical $105 yearly fee paid to the Sage Hill Residents’ Association was set to cost them upwards of $1,000. Despite signage around the community advertising the due date, many owners say they never received an invoice for the fees or warnings that their payment was past due.

The SHRA is responsible for the maintenance of common areas in part of the community. Homeowners’ associations like the SHRA are common in some newer communities, created through an agreement between developers and the City of Calgary that shifts responsibility for general maintenance to the developer, which subsequently hands the task to a non-profit homeowners’ association. Those associations are funded by yearly fees mandated by encumbrances on property titles, a total of 1,689 homes in the SHRA’s case.

Richard John of Bridgeland Law previously told Postmedia about 1,200 homeowners didn’t pay their fees by the May 1 deadline this year. John said the SHRA hired him to get payment from 361 homeowners who haven’t paid for multiple years.

Despite residents’ claims, John maintained that the property manager did send out invoices. He also noted he’s open to working with residents on lessening the quoted legal fees.

Now, residents are trying to take down the board of directors they say put them in this situation. A petition circulating among residents is requesting an extraordinary general meeting with the purpose of retiring the existing four board members and installing new ones.

Laurie Elliot, who owns a home in the area that she rents out, said the petition currently has about half of the required signatures it needs to trigger a meeting, a number they believe to be around 170 homeowners — roughly 10 per cent of the association’s membership — in good standing with the SHRA. If new board members are appointed, Elliot said they’ll likely look into ways they could move services to the City of Calgary and potentially dissolve the SHRA entirely.

“People are very concerned about how four people decided to sue hundreds of people when there were major red flags as to a breakdown in their own internal processes … They never thought to look and see why all of a sudden the number of unpaid residents went from 350 to 1,200 in one year,” said Elliot.

Elliot said most are planning to settle with John, with some seeing the legal fees chopped in half after consulting with him. While the payment is still hundreds of dollars more than what they’d generally be on the hook for, Elliot commended John’s understanding and willingness to work with residents.

Ward 2 Coun. Jennifer Wyness has heard from a number of Sage Hill residents concerned about the demand letters. In a letter to impacted constituents, Wyness said she takes issue with the “handling of this entire situation.”

“During a sensitive time of fraudulent scams occurring across our city, a multi-paged letter taped to a door demanding payment would be a cause for concern for many,” said Wyness in the June 23 letter.

Wyness said her office contacted the SHRA to request a meeting to gather further information on the situation, but she instead heard back from John, who told her homeowners should read his letter, educate themselves about the process and reach out to his law firm to negotiate a settlement. Wyness encouraged residents to be open and communicative with their neighbours about their settlements as long as there’s no non-disclosure agreement in place.

“I hope that once this matter is resolved, Sage Hill will form an RA that is based on strong community core values, and in this adversity, I am proud to see so many of you are showing that collaborative spirit,” said Wyness.

Postmedia reached out to John and the SHRA for comment, but neither responded.