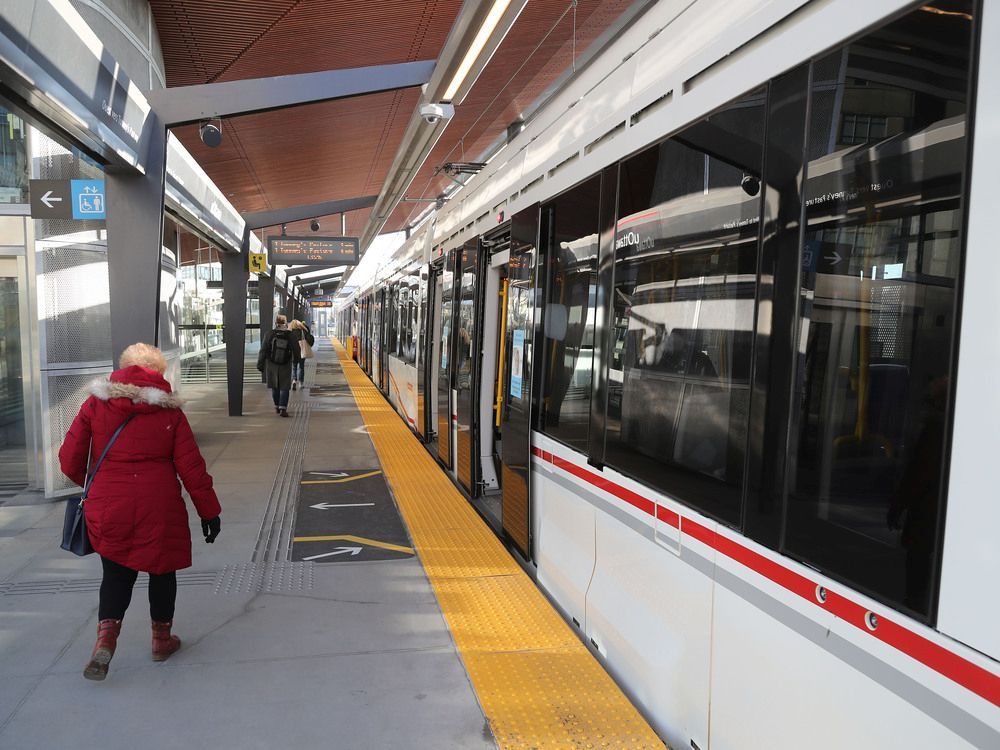 The Rideau Transit Group is claiming $189.7 million in damages allegedly caused by the City of Ottawa in a countersuit related to the Confederation Line’s construction delay.

The LRT consortium also wants the court to declare that the city “unlawfully” withheld more than $35.2 million in payments under the construction contract for delays.

Now, RTG wants the court to order the city to cough up the money and include compensation for the alleged damages.

The countersuit and statement of defence filed earlier this month is part of a case launched by the city over the delay opening the $2.2-billion LRT system, which welcomed customers on Sept. 14, 2019.

The city and RTG have been battling each other on several fronts, including on a city notice of default related to the two derailments in 2021 and the delay to opening the 12.5-kilometre LRT line.

The original “revenue service availability” date in the contract was May 24, 2018.

In its countersuit, which is in response to a $131-million claim made by the city, RTG says delays were because of the city’s “acts and omissions.”

According to RTG, the city didn’t approve designs for the Alstom Citadis Spirit trains until August 2014, 10 months after Alstom required it. That meant Alstom couldn’t start manufacturing the trains under its project schedule, RTG says.

RTG’s countersuit also talks about the ash wood the city provided for the project to be used as architectural features. The wood ended up being unsuitable for use but the city didn’t compensate RTG for using a Douglas fir substitute, plus the city required RTG to store unnecessary ash wood, the countersuit says.

RTG also criticized the city over the fare equipment and design stages required to protect the equipment from the weather. According to RTG, the city procured fare equipment that didn’t have water ingress protection but required RTG to make design changes for which RTG hasn’t received compensation.

The consortium also accuses the city of not paying hydro connection costs at the maintenance and storage facility and causing additional delays through the design review process by making comments outside of its role managing the project agreement.

When it comes to the June 8, 2016 sinkhole on Rideau Street, RTG calls the infrastructure failure an “excusable delay” to the LRT project.

RTG also takes issue with the city going to court to claim $131 million without going through a dispute resolution process laid out in their contract. The consortium also criticizes the city for attempting a “double recovery” by going after the same amount in an insurance claim.

The damages claimed by RTG are in five areas:

The city has scheduled a finance and economic development committee meeting on April 29 so the mayor and councillors can receive a legal update on the LRT program.

A provincial inquiry into the Stage 1 LRT program is expected to begin hearings in June.