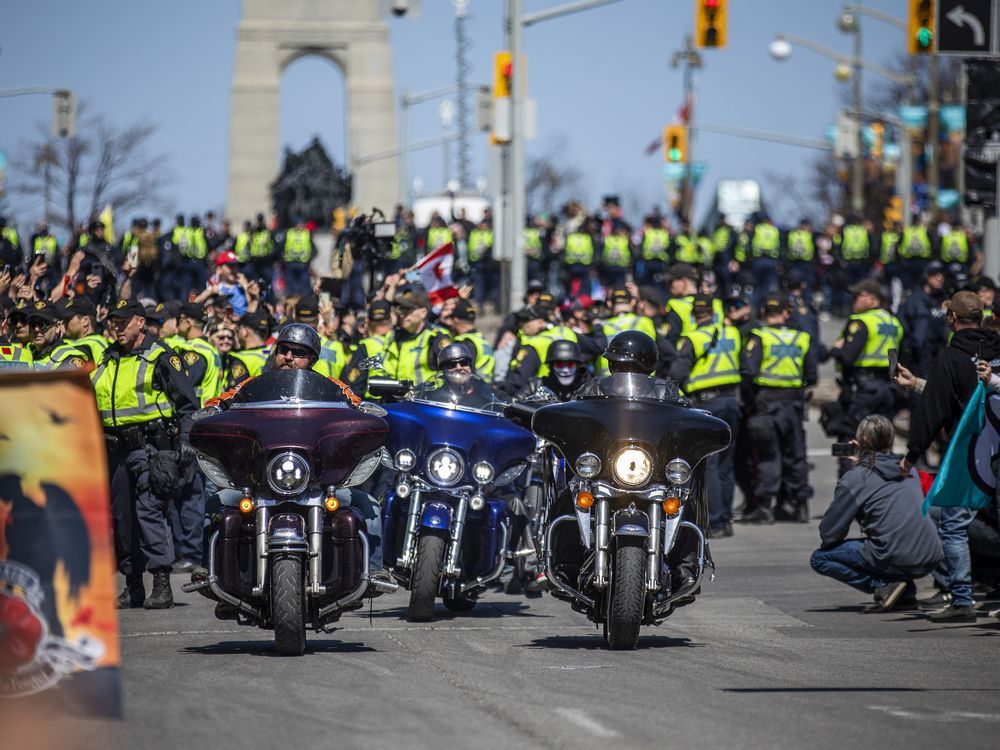 The “Rolling Thunder” rally over the weekend gave its supporters, many of whom participated in the “Freedom Convoy” protests earlier this year, a morale boost, but it drew just a fraction of the earlier event’s attendance and online attention.

Posts from “Rolling Thunder” participants in Facebook groups indicate that the rally re-inspired some Canadians who, during the “Freedom Convoy” protests in January and February, had gained a sense of purpose and community.

But the event appeared not to have garnered anywhere close to the same attention or support as its predecessor.

Google trend data indicates that “Rolling Thunder” and other associated searches did spike on the weekend, but only by about a tenth as much as the “Freedom Convoy” did at its peak. Interest for “Rolling Thunder” was highest in Thunder Bay, the Google data showed.

“Rolling Thunder” drew less attention for myriad reasons, according to Merlyna Lim, the Canada research chair in digital media and global network society with the School of Journalism and Communication at Carleton University. For one, she said, Ottawa police were far better prepared; the event didn’t spiral out of control. In February, when it became clear that downtown Ottawa was being occupied by heavy trucks and protesters, it became a dramatic event and became far more interesting to observers across Canada and the world.

The “Rolling Thunder” event also lacked the same mass appeal as the February protests. Back then, Lim explained, the movement attracted a wider spectrum of Canadians who were either frustrated with vaccine mandates or who might have been dissatisfied with Prime Minister Justin Trudeau.

Now, vaccine mandates have eased and some of the public perception towards movements associated with the “Freedom Convoy” has changed too, Lim said.

“Since the ‘Freedom Convoy’ is already out in public and under scrutiny, it’s become clearer to people that (it was a far-right) organized event,” she said. “That, I think, has an impact on the popularity of subsequent movements. They have to claim this is ordinary Canadians, but it is too soon to change the image.”

Any attempt to replicate an event with the size and pull of the “Freedom Convoy” would be difficult now, Lim added. It took the organizers of the “Freedom Convoy” months of organizing, combined with being able to tap into a keystone social issue and to find a city that was unprepared for their arrival to achieve the kind of impact they had.

“The ‘Freedom Convoy’ was a daily conversation,” Lim said, “but now people are like, ‘It’s the same thing. I hope they won’t stick around for three weeks.’ Which, in a way, is good. It’s become boring. Ottawa is boring again. But it’s also bad in terms of us thinking it’s over.”

Lim said the people who were involved in the “Freedom Convoy” are still angry, and it might just take some kind of precipitating event to give them the motivation to take on another protest movement on the scale of what happened in February — as the vaccine mandates for cross border truckers did.