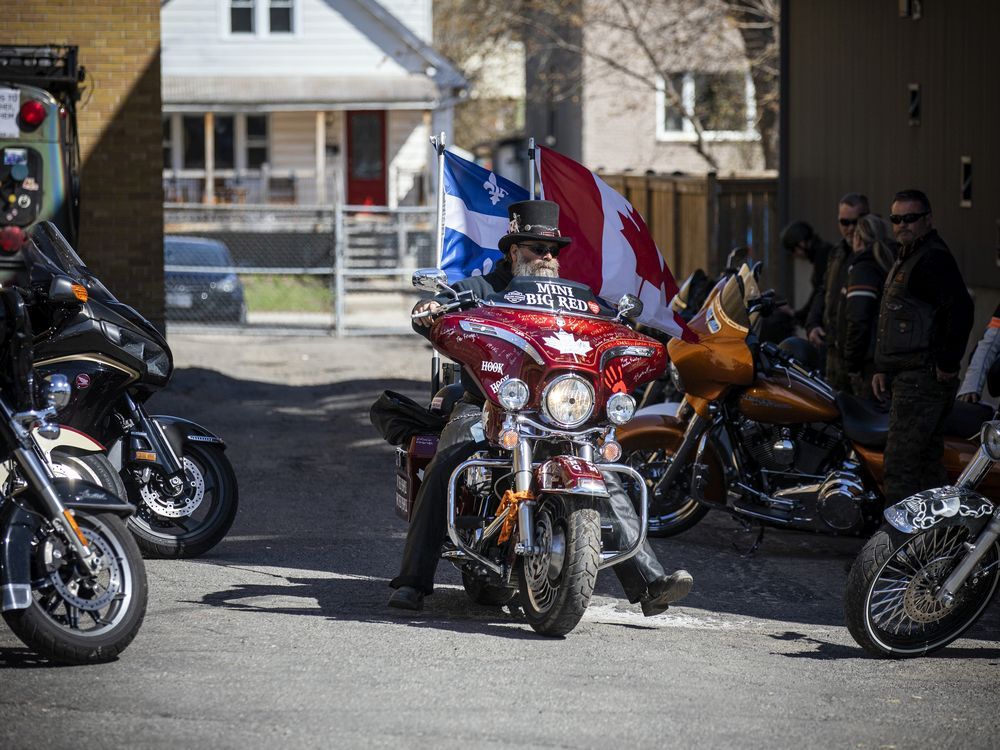 The weekend’s motorcycle-themed “Rolling Thunder” gathering in downtown Ottawa resulted in at least 10 arrests, about 40 vehicle towings and the issuing of more than 760 tickets — but nothing like the prolonged pandemonium of February’s truck-based “Freedom Convoy”.

Pre-emptive measures by law enforcement that had been sorely lacking when anti-government and anti-mandate occupiers had their run of things beside Parliament Hill months ago limited the impact of gathering’s self-styled “freedom fighters”, whose itinerary included a motorcycle ride on city streets, rallies on Parliament Hill and a ceremony at the National War Memorial on Saturday.

By Thursday, the Ottawa Police Service, bolstered by officers from the RCMP, OPP and York and Windsor police, had designated much of downtown, as well some streets in Vanier, as vehicle exclusion zones where vehicles, if parked, would face towing. On Saturday, Ottawa police shut Queensway off-ramps to the downtown core with help from the OPP and the Ontario Ministry of Transportation.

Unlike the “Freedom Convoy” occupiers, who were entrenched in Ottawa and had to be removed in a massive and multi-pronged police action authorized by the previously unused federal Emergencies Act, the “Rolling Thunder” event was to last just a few days.

Before it took place, organizer Neil Sheard, who previously led protests against pandemic health measures in Peterborough and who took part in the “Freedom Convoy” occupation, said in an online video that “Rolling Thunder” would take place on Friday and Saturday. An itinerary posted online last month added a Sunday morning gathering and service at the Capital City Bikers’ Church, which had supported “Freedom Convoy” participants.

Under the eyes of police and media, that service drew about 500 people, including congregation regulars and “Rolling Thunder” visitors who parked their trucks or motorcycles on church property. By late Sunday afternoon, there were no indications that participants were sticking around for organized activities.

But on Friday, police tracked several convoys of vehicles and said in a release that they responded to “a concerted and co-ordinated effort to distract police resources in order to gain access to the downtown core.”

One convoy stopped on Lees Avenue and did not leave until after tow trucks arrived and one person was arrested.

Friday night saw police in tactical gear engage with “an aggressive and combative crowd” at the intersection of Rideau Street and Sussex Drive. More arrests were made and three vehicles were towed, said an OPS release.

Friday night also saw more than 75 Ottawa residents gather in Strathcona Park for what a counter-protest that they called an “unwelcoming party”.

There, organizer Brian Latour said “Rolling Thunder” was fuelled by fascism and the rise of the far right, and that organizer Sheard’s goal to “reclaim” the cenotaph was bogus. “It was the (Freedom) convoy that desecrated it in the first place,” said Latour.

On Saturday, thousands of people chanting “freedom” and waving Canadian flags gathered downtown to watch the ceremony at the National War Memorial. Police said the “rally” of 350 motorcycles changed its route, informed officers, then made its ride. The motorcycles then made “their prompt passage out of the city,” police said.

Police added that while they were aware of several convoys and groups outside Ottawa, intelligence gathering indicated “many convoys” chose not come to Ottawa because of the heightened police posture.

Also Saturday, a woman was arrested for assaulting police on Elgin Street. A man was arrested that afternoon for breaching bail conditions relating to the “Freedom Convoy” occupation. A male driver was arrested after rushing an OPP motorcycle at a checkpoint. The driver faces charges including breaching release conditions, dangerous driving, refusal to provide a sample, assault on a peace officer and assault with a weapon.

Because graffiti denouncing the Vanier church as a haven for “fascists” had been sprayed on its exterior before Sunday morning’s service, police said they were investigating “hate-motivated mischief”.

The service attracted roughly 500 people with no hostilities between bikers, their supporters, police and media.

If the goal of “Rolling Thunder” was not to occupy Ottawa, it might instead have been to gain the movement behind it more followers on the internet. The weekend saw innumerable livestreams by “Rolling Thunder” participants and their advocates seeking increased social media validation.

One clip shot Friday and viewed subsequently more than 400,000 times on Twitter unintentionally made a minor celebrity of an unnamed Ottawa police officer simply because he kept cool during a confrontation by a foul-mouthed, derisive “Rolling Thunder” participant.

The officer who shrugged off the insults came to be known as #OfficerMcDimples.

‘Rolling Thunder’ convoy: ‘We are not going to repeat what we saw in February,’ Watson commends police action