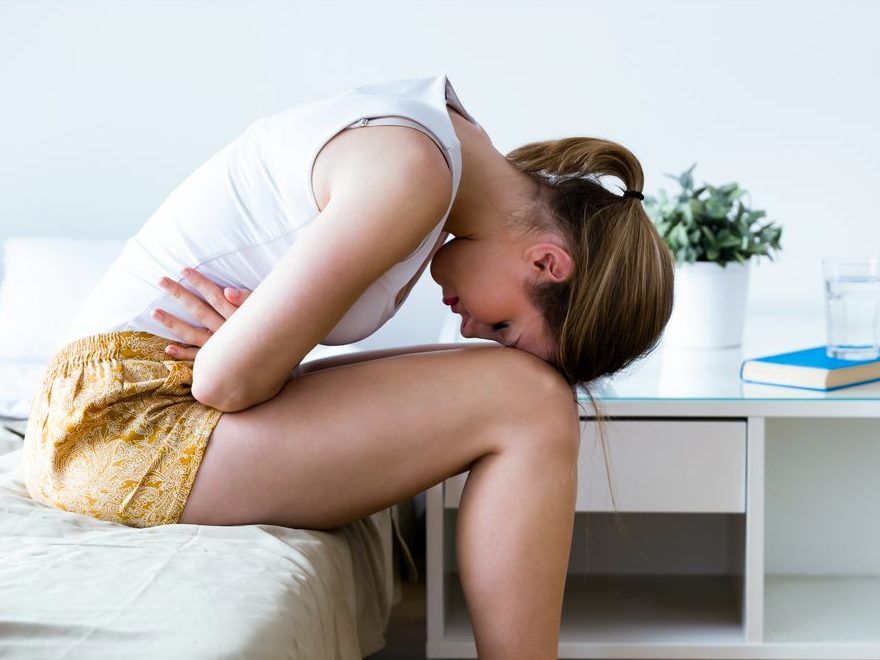 Destigmatizing the taboo topic of menstruation, Pixar’s animated feature Turning Red is turning heads. Though monthly bleeding affects half of humanity, we’re still behind the times with having real conversations about periods and the pain and it suffering it often brings.

That’s why it’s important pop culture and social media honestly embrace this natural bodily function. A recent survey by Pinterest shows Pinners are turning to the social media platform for education on menstrual cycles and period products more than ever before.

According to Pinterest’s Mindful Menstruation survey, a quarter of those who have periods admit they don’t understand their menstruation cycle. Those aged 18 to 24 are most interested in learning more about their periods and menstrual cycles, with almost 80 per cent reporting they want to educate themselves.

Normalizing the conversation and getting up to date with facts is what Dr. Jaelene Mannerfeldt, a pediatric and adolescent gynecologist at Alberta Children’s Hospital, would like to see.

“Culturally, it’s not talked about. We have different phrases from ‘the curse’ to ‘the rag’ and it makes it not normal. What is normal is having periods. Up until 100 years ago, women’s reproductive life was pregnant or breastfeeding and not having periods. Nowadays, women find themselves suffering and they shouldn’t.”

Menstruation is highly variable. What one person can tolerate versus another can be on the opposite ends of the spectrum. However, anytime someone becomes incapacitated from pain or bleeding and can’t carry on normal activities (like going to school), help should be sought.

Dr. Mannerfeldt recommends taking an over-the-counter anti-inflammatory (like Advil or ALEVE) at the first sign of spotting – in combination with acetaminophen (like Tylenol). She advises taking the medications according to the package directions for the first three to four days of menstruation, not waiting for the pain, as teens tend to under-dose.

Keeping your body moving can also help. When feeling unwell, it’s common to stay still, but that encourages the mind to pay extra attention to the pain. The more one validates pain, the more excruciating the situation seems to be.

“We do know that for girls who exercise, their periods are better. Exercise isn’t going to take the pain away entirely, but it’s beneficial and helpful for overall state of mind,” affirms Mannerfeldt.

If pain medication and exercise aren’t cutting it, family physicians are very capable of providing options such as hormonal contraceptives for menstrual management. Additionally, there are four sexual and reproductive health clinics in Calgary, where teens can go on their own to seek medical care  – as long as they can show mature decision-making capacity.

Hormonal contraceptive options range from the daily birth control pill, a patch that is changed weekly or the NuvaRing that goes into the vagina and is replaced every three weeks. All three options can be taken in cycles or by continuous use – backing menstrual cycles up to each other to prevent periods for two to three months. Young adults shouldn’t need a pelvic exam for the pill, patch or ring.

Intrauterine systems (IUS) are also highly effective contraceptives to diminish period pain. Similar to an IUD, but without copper (which can increase flow and cramping), Mirena® or Kyleena® IUS last up to five years and either produce lighter periods or stop the flow completely. Talk to your health care provider about pre-treatment options to help improve the experience during insertion.

Finally, there is NEXPLANON®, one of the latest contraceptive options in Canada. A matchstick-sized rod is put under the skin on the inside of the arm and releases a progesterone hormone that thins the lining of the uterus, making for shorter and lighter periods.

The key to success is matching the right product to the individual. A teen that finds sticking to routines challenging, for example, may not be the best candidate for the birth control pill. Typically, the most successful product is the one the teen has the most confidence in.

While birth control for non-contraceptive benefits may seem surprising to some, the Canadian Pediatric Society validates the use of contraception in the youth population. In addition to managing period pain, there are many other advantages, such as reduced risk of endometrial and ovarian cancer.

“The vast majority of teens do really well with contraception. You don’t need to bleed once a month. The only reason you need a period is if you want to achieve pregnancy. There are so many myths around this that are unfounded and have no basis. When they choose to start a family, they can go off the pill and their periods will go right back,” declares Mannerfeldt.

For caregivers, talking about painful periods is also a good opportunity to talk about sex. By age 17, more than half of Canadian youth are sexually active, and having a teen on birth control addresses their emerging sexuality in the same token. Talking early and talking often is the best way to bust myths and outdated thinking.

“Whether you’re male or female, this is a conversation we should be able to have with each other. There shouldn’t be shame. Women need to be supported through their menstruation. There’s this myth that because it’s natural you need to suffer through it. There’s a lot of unnecessary suffering,” admits Mannerfeldt.

As much as we want to encourage teens to develop resilience to painful situations, Mannerfeldt warns that misery doesn’t help anyone reach their full potential.

‘Women can have their reproduction there when they want it, but when they don’t want it, they don’t need to suffer. I say down with periods. Down with suffering. Up with control. Let’s give girls the power to lead a pain-free life.”

Jody Robbins is a Calgary-based lifestyles writer. Follow her wellness adventures on her blog: Travels with Baggage and on Instagram @TravelswBaggage.