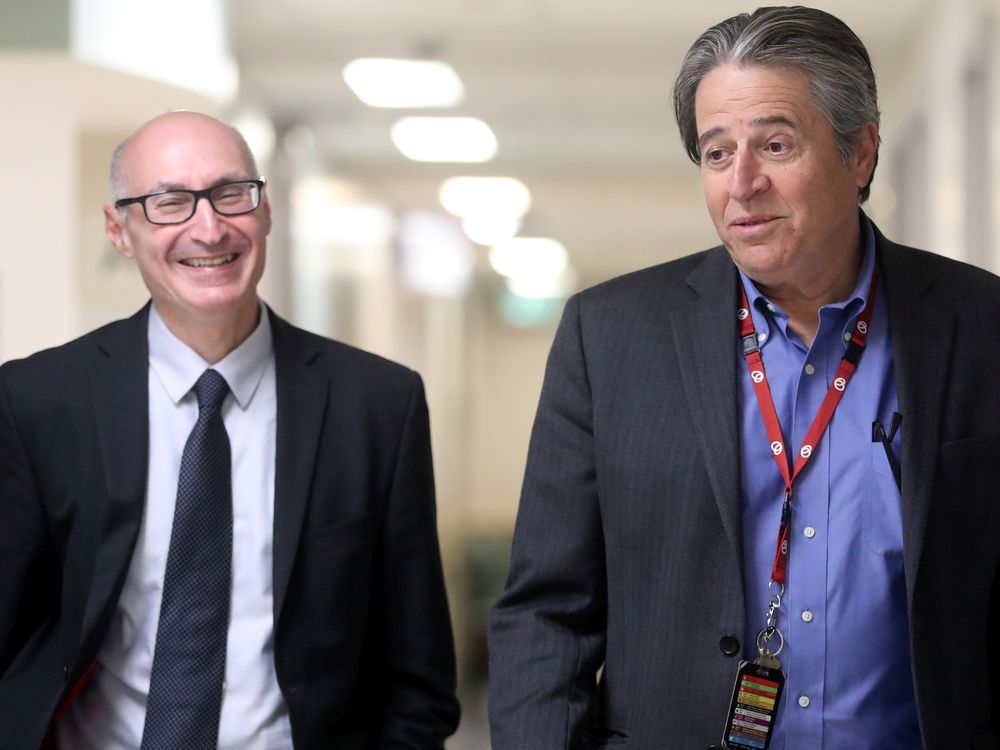 Dr. Thierry Mesana, who heads the University of Ottawa Heart Institute, has devoted his professional career to treating and understanding heart valve disease. Now a new research chair named in his honour will help improve treatment and care for what Mesana calls the next epidemic of heart disease.

The Dr. T.G. Mesana Endowed Team Chair in Heart Valve Disease, with an initial amount of $4 million, is among the largest chairs dedicated to cardiovascular research in Canada.

A former valve disease patient of Mesana’s, Ottawa businessman John Bassi, helped lead fundraising for the team chair. It will be jointly held by one cardiologist and one cardiac surgeon, starting with cardiologist Dr. David Messika-Zeitoun and cardiac surgeon Dr. Vincent Chan. Both are internationally recognized experts in valvular heart disease.

Mesana, president and Chief Executive Officer of the University of Ottawa Heart Institute, is recognized as one of the leading heart valve surgeons in the world.

There is an urgent need for research that can help advance treatment of heart valve disease, he said.

Twenty-five years ago, coronary artery disease dominated heart disease, Mesana said. But medical advances mean the aging of arteries can be better controlled through prevention, by treating cholesterol and diabetes and with fewer people smoking, for example.

Valve disease, on the other hand, is increasing as the population ages, and it often goes undetected until late, which can result in additional heart damage or heart failure. There have not been the same advances to detect or prevent heart valve disease early.

“This is an increasing problem in the population, mainly due to age,” Mesana said.

There has been a technical revolution in valve surgery, though. While valve replacement or repair once meant open-heart surgery, now up to half of surgeries and treatments can be done through catheters, which means a significantly shorter recovery time for patients. The treatment also allows surgeons to operate on patients who would not be good candidates for open-heart surgery because of their age or health.

Valvular heart disease affects nearly 25 per cent of patients admitted to hospital for cardiovascular reasons. Most are treatable.

Mesana said he considered the newly endowed team chair a key part of his legacy, not only because of its focus on heart valve disease, but also because it requires the co-chairs to work as a team, which reflects his approach.

Under Mesana, the heart institute has pioneered a team approach to heart valve therapy in which a cardiologist and a cardiac surgeon decide jointly the best approach for each patient.

The chair “crystalizes my two legacies,” Mesana said — work to improve treatment of heart valve disease with a focus on teamwork.

Messika-Zeitoun, the cardiologist who leads the Centre for Valvular Heart Disease at the Heart Institute, said one focus of the chair he shared with cardiac surgeon Chan would be to improve screening for heart valve disease.

Part of his research will involve providing some primary caregivers in Ottawa with technology that will enable patients to be screened for possible heart valve disease in their doctor’s offices with support from the Heart Institute.

Screening will mean patients can be followed to allow for timely intervention, instead of waiting too long.

There is also potential medical therapy aimed at preventing or slowing progression of heart valve disease in the works, he said. One drug trial is expected to begin this summer.