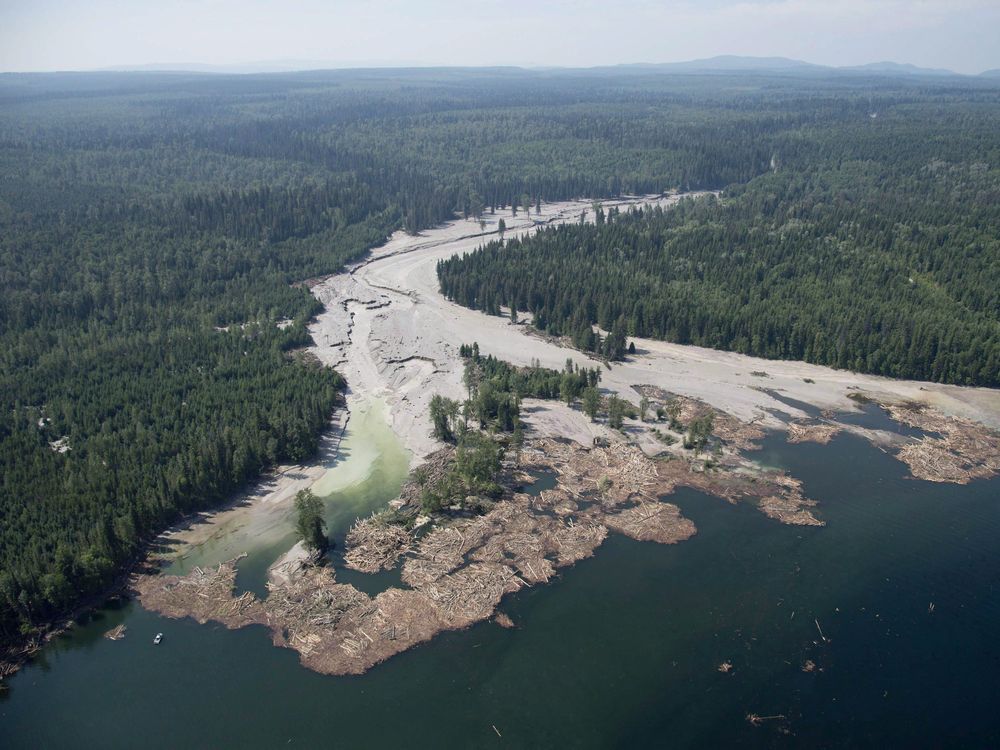 Three engineers have been disciplined nearly eight years after one of Canada’s worst mining catastrophes.

Engineers and Geoscientists British Columbia, a provincial regulatory and licensing body, said in a statement that its years-long investigation into the Mount Polley disaster was among its most complex cases.

As a result, two former engineers have been ordered to pay a combined $226,500 while a third has been temporarily suspended and ordered to complete additional training.

“This marks the final chapter in a long and difficult story for our province and our professions,” CEO Heidi Yang said in the statement.

The tailings dam at the Mount Polley copper and gold mine, owned by Imperial Metals, failed in August 2014, releasing more than 20 cubic metres of mining wastewater into surrounding waterways in B.C.’s Interior.

The regulator reviewed thousands of documents including contracts, technical reports and drawings, correspondence and daily site reports, it said.

During the disciplinary hearings, it did not make allegations or findings as to the cause of the embankment failure, it said.

Former engineers Todd Martin and Stephen Rice were ordered to pay $94,000 and $132,500, respectively, in fines and legal fees after the panel found both acted unprofessionally.

Martin resigned his licence in 2020, while Rice resigned in 2018. Neither is permitted to practise professional engineering in British Columbia, however they can reapply under conditions.

The regulator said Martin, who was responsible for the geotechnical engineering work at the mine, admitted in a consent order that some of his work was not consistent with prudent engineering practices, including his failure to recommend drilling to improve embankment foundation soils and his failure to record important field observations in 2011.

Rice’s unprofessional conduct included failing to properly fill the role of review engineer and allowing a junior engineer with little experience in embankment design to act in a senior role on the project, the regulator said.

Laura Fidel, who was the junior engineer in question, was found to have failed to ensure sufficient observation of the dam and to monitor seepage flows that could provide evidence of unsafe embankment conditions. The panel ordered her to undergo more training and suspended her registration as a professional engineer for two months.

Martin, and lawyers for both Fidel and Rice, could not immediately be reached for comment.

In June, British Columbia’s chief auditor of mines found changes in 2016 to the province’s requirements for tailings storage facilities made after an independent investigation into the disaster have generally improved the management of mining waste. However, it also found the Mines Ministry is not consistent in its approach to enforcement at tailings storage facilities that aren’t in operation, in contrast to its systematic approach for operating ones.

The Mines Ministry and Environment Ministry could not immediately be reached for comment.

It is currently updating guidelines on legislated dam safety reviews, it said.

“The conclusion of these cases, combined with resources we’ve developed to improve dam safety, will strengthen our professions and our province’s environmental safeguards,” Yang says in the statement.