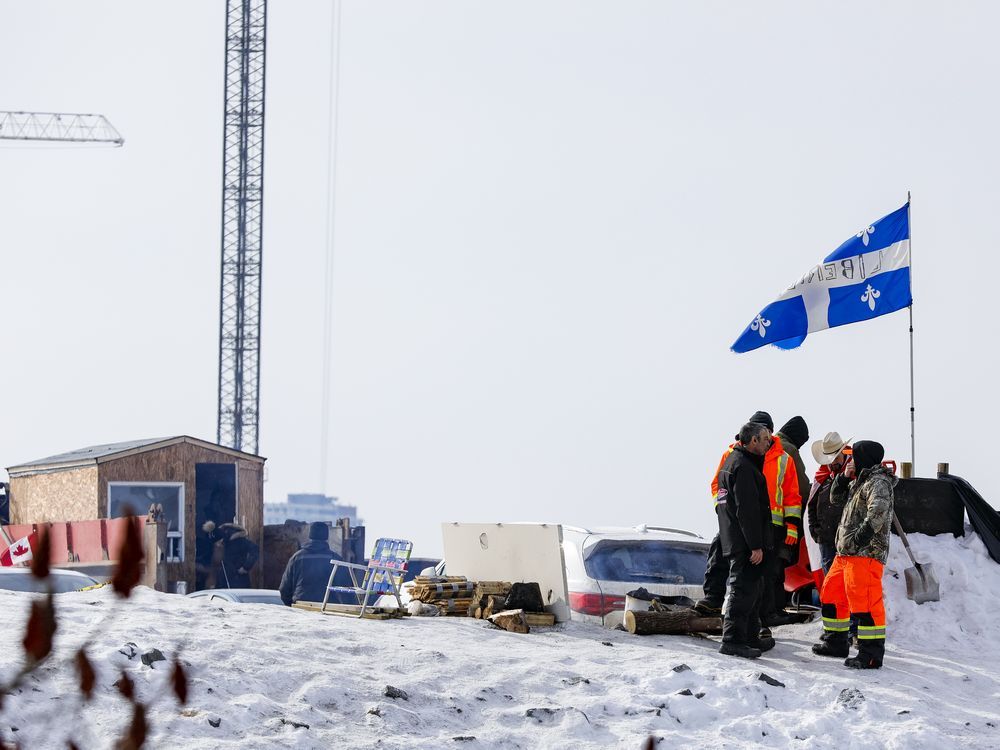 A Quebec man has been arrested and charged in relation to the “Freedom Convoy” protest in downtown Ottawa.

Charland, who was scheduled to appear in court Sunday, was charged with mischief and counselling to commit the offence of mischief.

The Grenville, Que., man appears to have been a spokesman of a group known as Les Farfadaas, which led a protest near the intersection of Laurier and Laval streets in Gatineau on an undeveloped part of the massive Zibi project in support of the “Freedom Convoy” demonstrations in Ottawa.

The group had said it was paying $1,000 a day for parking and had permission from the host First Nations to stay on the site.

Les Farfadaas began as a satirical organization that took aim at targets mostly involving government regulations. Charland, a poet and actor known as Steve L’Artiss Charland, has been involved in other protests, especially since vaccination mandates were introduced.

Last March, Charland and five other Fafardaas were charged with mischief when they allegedly conspired to close the Louis-Hippolyte-La Fontaine Bridge-Tunnel in Montreal’s east end. Several people taking part in an anti-mask protest stopped vehicles at an entrance to the tunnel and caused a traffic jam.

The trial on those charges was set for January 2023.

In December 2020, Charland was one of the organizers of an anti-lockdown party held in the Laurentians that was attended by 30 people. At least half of those who attended were given fines.

There have recently been reports in the Quebec media of confrontations involving Farfadaas members, who wear biker-style leather jackets with “middle-finger” signal patches.

Charland’s arrest follows those of other protesters and organizers. Friday, convoy organizer Pat King was denied bail. Fellow accused convoy leader Tamara Lich will mount a court challenge next week for her release after she was denied bail on Tuesday.