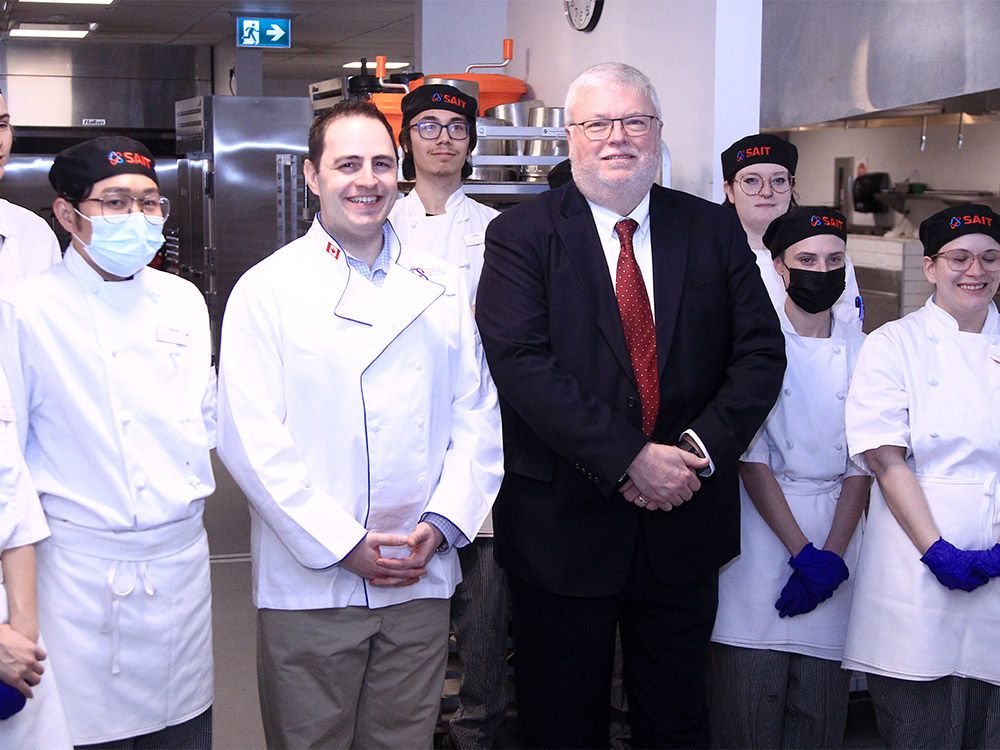 SAIT’s John Ware Building is getting a $49-million facelift and an increase to its student capacity by 150 students.

The province is committing $41 million over three years, originally announced in the Alberta budget in February and unveiled on Thursday by Demetrios Nicolaides, minister of advanced education. The redevelopment of the interior of the building is set to start this spring and will modernize the school’s vaunted culinary arts program.

“This investment will greatly improve the quality of programming here at SAIT’s culinary program,” he said. “The redevelopment will enhance the student experience through facility improvements, the creation of new learning spaces and the development of a new centre of excellence for the SAIT culinary program.”

The technical school has invested $8 million over the last three years into this second phase already.

SAIT completed a $20-million provincially funded upgrade to the John Ware Building’s exterior in 2018, and this was always designated as a second phase of the project.

The provincial funding for this phase is from the $100.5 million in Budget 2022 designated to create modern learning environments at post-secondary institutions.

The culinary program is the largest occupant of the John Ware Building — which opened in 1958 — and has received much acclaim in recent years. Currently, there are about 400 culinary students and more than 100 hospitality management students who use the building. There is also room for more than 200 students for general theory on the second floor. The increased capacity will be spread across all programs that use the facility.

The project will modernize the interior spaces of the building, improving technology and the overall learning experience of students.

“The province’s investment in SAIT enables us to further enhance this infrastructure to match the quality of education that we provide our students in the hospitality and tourism sector, which I also know is vital, absolutely vital to the Alberta economy,” said David Ross, CEO and president of SAIT.

The funding for this project is in addition to the $171 million set aside to expand student enrolment in areas with identified skills shortages as part of the Alberta at Work program, geared to creating 7,000 new spaces. The funding recipients for those dollars will be announced in the future. They will be geared more to technology, health care, agriculture, financial services and aviation.