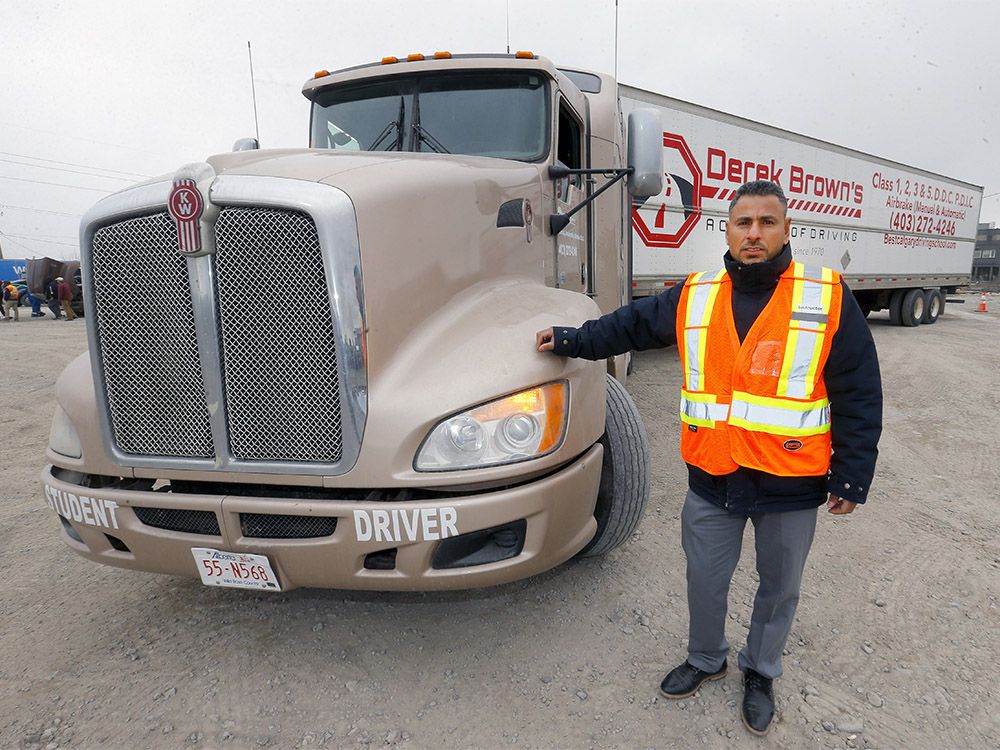 With a trucker shortage that continues to grow, the provincial government has unveiled more details of its Driving Back to Work grant program from February’s budget.

The $30-million program, designed to roll out over three years, is aimed at aiding in recruiting 600 new commercial drivers, in particular Class 1 drivers going through the Mandatory Entry Level Training (MELT) program. Transportation Minister Rajan Sawhney said the provincial trucker shortage is expected to grow to 3,600 by 2023 if left unchecked, and has already had large impacts on the supply chain.

“The pandemic proved to everyone in Alberta just how vital the commercial carrier industry is to meeting all of our needs,” she said on Thursday in a press conference in Edmonton.

The province has been running the Driving Back to Work grant since November 2020 and has supported 800 unemployed Albertans in completing the MELT program at a cost of $8 million.

Chris Nash, president of the Alberta Motor Transport Association, said the workforce issue pre-dates the pandemic but has been exacerbated over the last couple of years. The challenge for the industry is not just in recruiting — it’s that recruitment is not keeping up with those leaving the industry. He said between 2019-20, there were 4,600 drivers who did not renew their licence, all under the age of 55.

“Today, we need to get butts in the seats,” he said. “Next we have to find a way to make this a career path and a long-term solution to how we can create that career pathway — recognized credentials, more efficient ways of getting the education, and this touches the bases on all of that.”

Nash added 51 per cent of the province’s GDP is delivered by trucks, and even the rail industry relies on trucks to get products to them.

Sue Ferris, an office manager at Derek Brown’s Academy of Driving in Calgary, welcomed the program, though she did say the previous iteration had issues with people getting trained up without actually entering the sector as a commercial driver.

She said this funding, however, is making it possible for more people to get into the industry. Those who do not qualify for funding or do not have work covering the cost of training are paying between $9,200 and $9,300 to get their licence. MELT also takes 121.5 hours to complete.

“(Driving Back to Work) is a good program, it does let people come in, get the training and go into that industry so they can better their lives and get a career,” said Ferris.

Currently, only about three per cent of truckers in Alberta are women, though Ferris said they are starting to see more come through their doors for training. This includes four in their current airbrakes course. Previously there might be one, if that.

Automatic transmission licensing is seen as a major barrier for new drivers. Ferris estimated that between 10 and 20 per cent of failures are on the ability to shift properly.

The new licence will restrict those who qualified with just an automatic licence to driving trucks with an automatic transmission and it will be denoted as a restriction on their physical licence.

Sawhney said automatic transmission trucks are making up more of the trucks on the road.

Nash said the shift to automatic transmission is creating efficiencies and a safer environment.

“Some of our largest carriers in our membership have full fleets of automatic transmissions,” said Nash. “The ability now to train on the equipment you’ll be operating is key. There might be folks now who are driving that might never see a stick.”

He added the industry will continue to work with the province on more programs and grants for access to other underrepresented demographics and those who are not currently on EI.