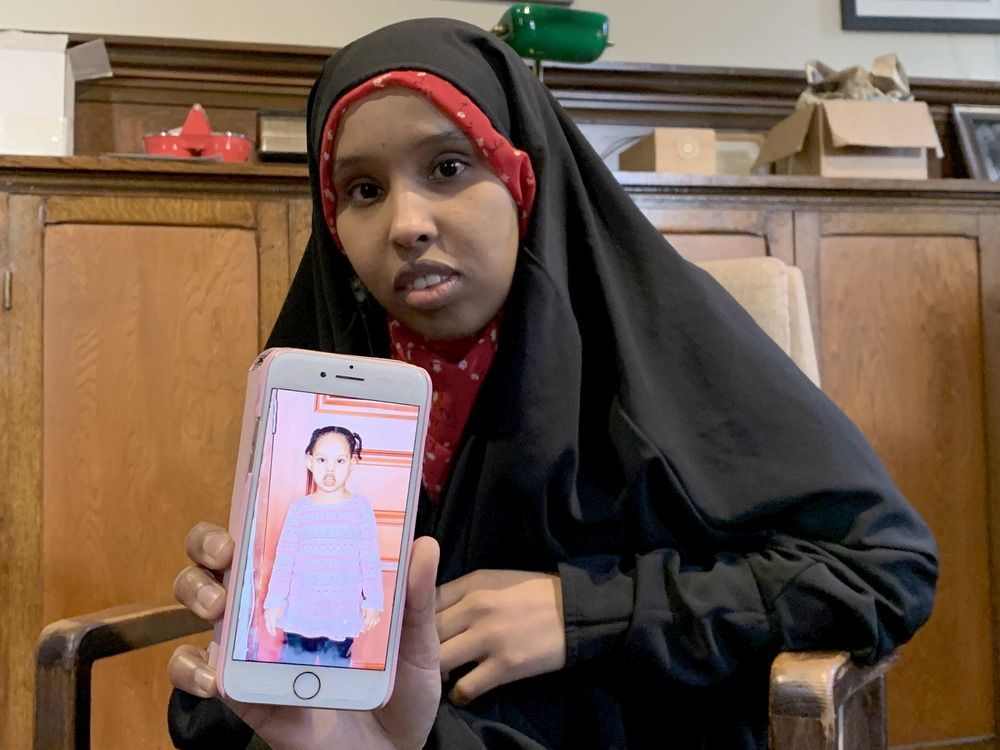 BROCKVILLE — After being stalled for more than two years, efforts to reunite a young Brockville-based Somali refugee with her husband and little girl have begun moving forward.

The husband of Nasro Adan Mohamed has passed an interview with a Canadian visa office in East Africa and is now awaiting a security check on the way to coming here with their daughter, said First Presbyterian Church minister Rev. Marianne Emig Carr.

“There is progress being made. This is really good news,” Carr said Wednesday.

“Hopefully, soon they will be able to clear the last hurdle.”

Mohamed, 27, has been living in Canada since late October 2019, while her now three-year-old daughter, Afnaan, and husband, Liiban, have been living as refugees in Uganda.

The Brockville Freedom Connection (BFC), a local refugee sponsorship group, has been working in partnership with First Presbyterian to reunify and settle the family here. Recently, the Rural Refugee Rights Network, a loosely-knit group of refugee advocates, has also taken up Mohamed’s cause.

Mohamed’s refugee ordeal began at age 18, when she fled the violence of Somalia’s capital, Mogadishu. Both her father and brother were killed in a bombing in that troubled city in 2013. Mohamed fled to Uganda, where she ended up marrying Liiban while part of the lengthy refugee process.

Her Canadian supporters say she never received an explanation of how Canadian sponsorships work and, as a result, relied on the poor advice of fellow refugees in Uganda who told her not to list her husband and baby girl on the sponsorship paperwork.

Carr said Liiban had his interview with the Canadian visa office in Dar es Salaam, Tanzania, via Zoom, and was told he had passed. Both he and Afnaan were to get their medical exams on Wednesday.

After that, the visa office must process the background and security checks.

Carr believes the pressure on the government, including the December rally in Ottawa, which included a petition, and advocacy on Mohamed’s behalf from the office of Leeds-Grenville-Thousand Islands and Rideau Lakes MP Michael Barrett, helped unblock her file.

Carr was preparing a different refugee-related presentation for next Tuesday evening, when she is scheduled to address Brockville council about helping resettle Ukrainians fleeing their country’s invasion by Russia.