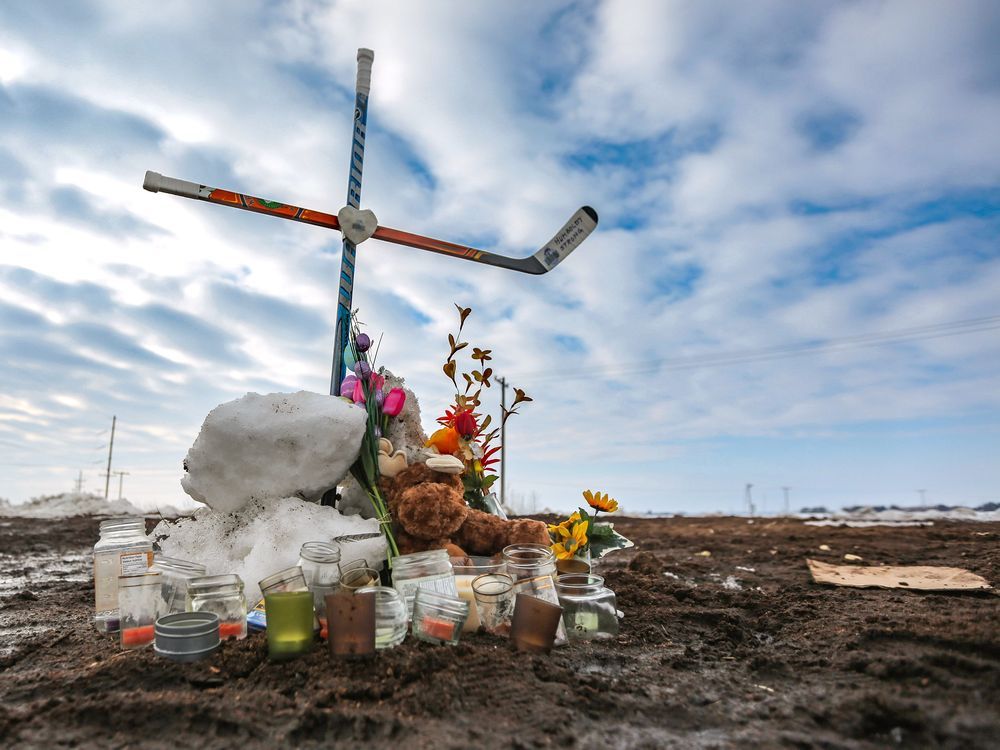 HUMBOLDT, SASKATCHEWAN – The manager for a Saskatchewan city planning a multi-purpose building in remembrance of a deadly junior hockey bus crash four years ago says plans are moving more slowly than had been hoped.

The City of Humboldt announced plans a year ago to build a tribute centre, including a gallery honouring the 16 people killed and 13 injured in the April 6, 2018, collision with a transport truck.

The $35-million price tag also includes an arena, a fitness and physiotherapy area, and a permanent memorial at the site of the crash north of Tisdale, Sask.

City manager Joe Day, who also advises the Humboldt Broncos Memorial Committee, said the project is bogged down with feasibility studies and what the final cost could be.

“The reality is slower than any of us would have hoped,” Day said in an interview. “We would have liked to have been making some more announcements by now.”

Day said preliminary talks are underway with national companies, individuals and levels of government — all indicating an interest in donating to the project. But the official fundraising can’t begin until the feasibility studies are complete, he said.

“We need to reach out to some of the bigger national corporations that are showing interest as well as the government itself,” he said. “This makes sense not just from an emotional perspective, but from a long-term community sustainability perspective as well.”

Day said the arrival of COVID-19 two years ago also slowed down progress, especially in fundraising discussions, and it’s possible that what ultimately is built will be different from what is being proposed now.

“If there just isn’t that level of support out there … we’re prepared to bring it to a smaller size … to ensure something happens,” he said.

The community is to mark the collision’s fourth anniversary at Elgar Petersen Arena, home ice for the Humboldt Broncos, late Wednesday afternoon.

“There’s going to be some tribute videos and sound clips and that sort of thing run through the big screen,” Day said.

“It’s going to be rather quiet and for people to show up and reflect on all the things that happened over the past little while.”

There is to be a moment of silence at 4:50 p.m., about the time that the crash occurred four years ago.