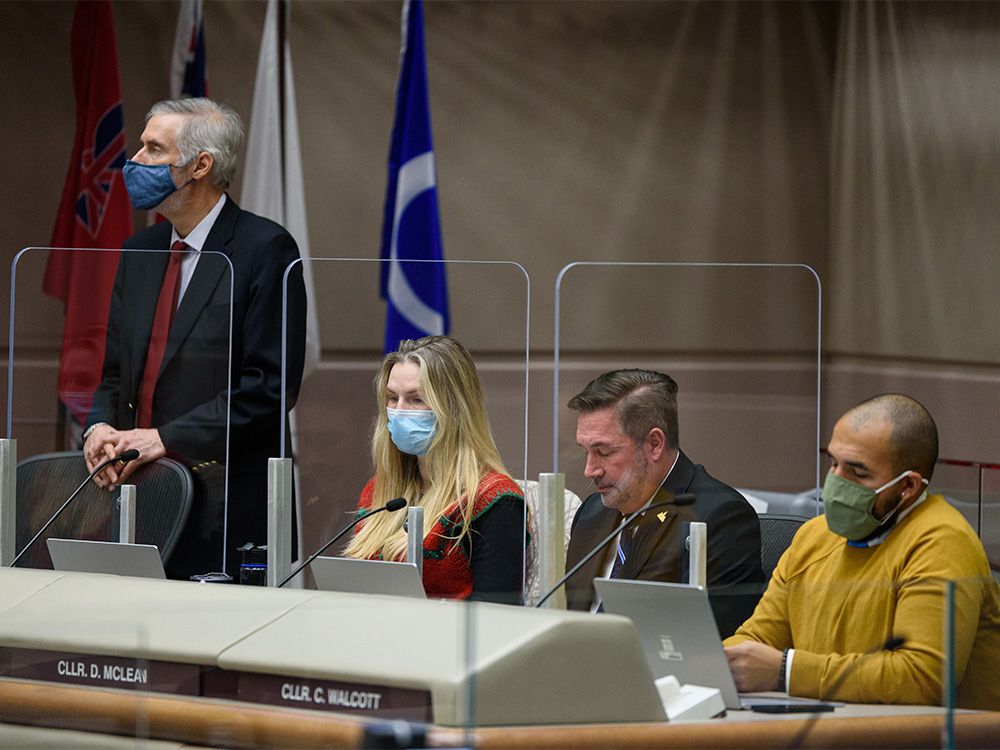 Two Calgary politicians are facing heat for social media posts related to drug use on the city’s transit network.

In a Twitter thread on Monday about crime and disorder on Calgary Transit, Ward 13 Coun. Dan McLean posted a photo of a man passed out on a CTrain. McLean has been pushing for action to curb disorder on transit, including potentially installing turnstiles at train stations.

That was in response to Ward 11 Coun. Kourtney Penner, who had argued access to supervised consumption sites is needed to boost transit safety.

Harm-reduction advocate Euan Thomson slammed the tweets, and condemned McLean’s decision to post the photo of the man passed out on the train.

“It’s absolutely egregious that he chose to post somebody’s photo in that state without permission,” said Thomson, executive director for EACH+EVERY, a business collective pushing for drug policy reform.

Responding to criticisms on Twitter on Tuesday, McLean said he’s focused on safety for all — those who ride the train and drug users.

“I’ve been accused of not being compassionate but I care about the safety of ALL Calgarians, including those with mental health and addictions,” McLean said.

“That’s not to minimize people’s perception of safety,” Thomson said. “But I think as a community, we do need to come together and recognize the real danger here, and it’s about drug poisoning right now. It’s about lack of housing.”

When asked about the controversy, Mayor Jyoti Gondek said it isn’t her role to police other elected officials’ Twitter accounts.

She said she hadn’t seen Ellis’s tweet, but said she was “incredibly disappointed” by his message.

“We are in a very difficult situation trying to deal with addictions, mental health and safety. We have prioritized that as an issue we will be tackling jointly with our provincial counterparts,” Gondek said.

Penner called the comment “reactive” and “callous.” She said she hopes the city and the provincial government can collaborate on ways to address the opioid crisis.

“My door is open, my inbox is open, my phone is open, and if the minister would like to reach out to me, he is more than welcome to,” Penner said.

Ellis’s department has prioritized a “recovery-oriented care” model, adding detox and treatment beds to the province while rejecting harm-reduction services such as safe drug supply.