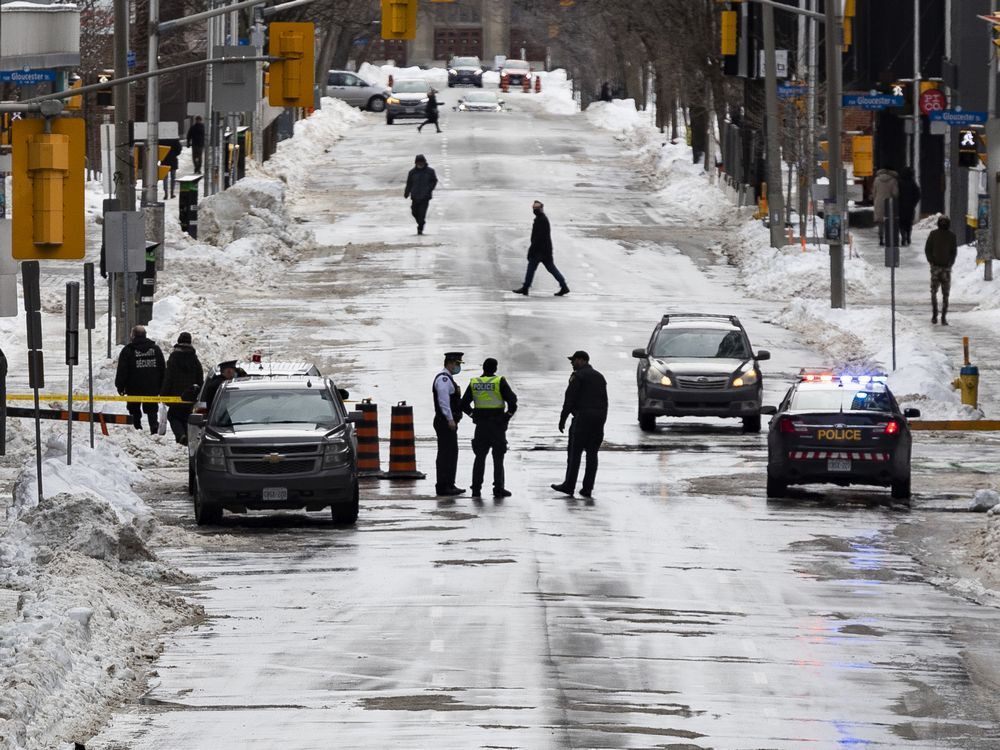 Police continue to watch over the capital to make sure there isn’t a flare-up of the “freedom convoy” occupation.

“We’ve had a lot of success, but this operation isn’t over,” Ottawa Police Acting Chief Steve Bell told the police services board during a meeting Thursday morning.

Bell and his executive command provided police board members with a summery of how a massive police operation unfolded on Ottawa’s downtown streets, starting with the operational launch last Thursday.

Acting Deputy Chief Trish Ferguson described the “calculated manner” that the integrated command, with the Ottawa Police Service at the helm and supported by the OPP and RCMP, planned the operation until occupiers were either arrested or left.

Several municipal police forces, from as far away as Vancouver, provided officers to the operation, which Ferguson described as “an all-of-Canada effort.”

The occupation crisis started on Jan. 28. It wasn’t until Feb. 16 that people saw a significant increase of police resources on the streets.

Ferguson said as police moved from east to west through the downtown, “at no point was gained ground given up to protesters.”

As of Monday, police had made 191 arrests and laid 393 charges against 122 people. There were 407 criminal investigations launched. Police helped issue 4,250 tickets with partners, such as bylaw officers.

On Thursday, checkpoints remained in a downtown footprint bounded by Bronson Avenue, Wellington Street, the Rideau Canal and Laurier Avenue.

Police are in a “position of observation” as another weekend approaches, Ferguson said.

Council has already endorsed an after-action report on the city’s response to the occupation, though the reviews are part of the city’s procedures after a state of emergency.

Bell predicted that a “major crux of the review” will be why big rigs were initially allowed into the core.

It’s the No. 1 question on the minds of councillors and, perhaps, the entire Ottawa citizenry.

Police executives received credit from board members and councillors for the OPS use of social media during the operation. The police force has a communications rep in the command centre to regularly push out information to the public in both official languages, including explanations of what’s happening on the ground.