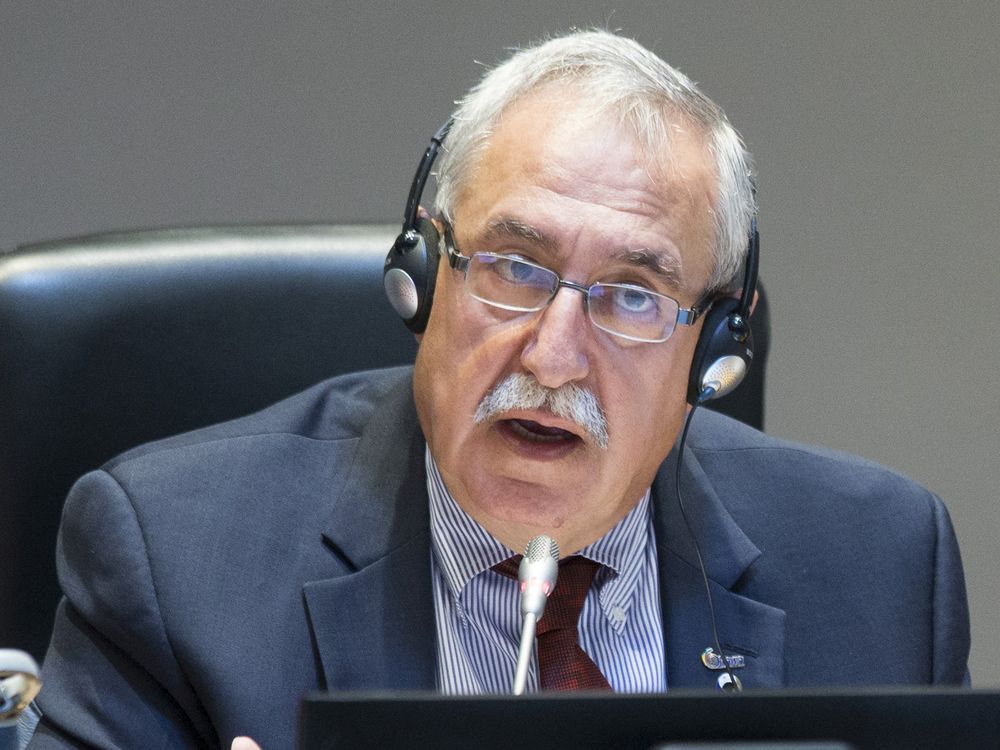 The Ottawa Police Services Board is holding its first in-person meeting in more than two years on Monday, after cancelling last month’s regular virtual session amid upheaval on the board.

Among the items under consideration will be spending nearly $100,000 to hire an outside firm to aid in the search for a new Chief of Police.

Meetings moved to Zoom in April 2020 during the early weeks of the COVID-19 pandemic.

The public viewing gallery won’t be open, but meetings will continue to be streamed live on city council’s YouTube channel.

Public delegations who don’t want to appear in person can submit comments in writing to be distributed to board members.

The board’s move to cancel its regular monthly meeting in February angered community members who expected to talk about their experiences during the “Freedom Convoy” protests that snarled downtown Ottawa for weeks.

Ottawa’s police chief, Peter Sloly, resigned in mid-February amid criticism that the service was failing to act against the unlawful protest in the downtown core. Deputy Chief Steve Bell is currently serving as interim chief.

Deputy Chief Uday Jaswal also resigned from the police executive last month, two years after he was charged with discreditable conduct under the Police Services Act.

According to an executive report set to be tabled at the board meeting, staff recommend hiring the Odgers Berndtson firm to support the search for a chief and a new deputy chief.

The executive search firm would come with a price tag of approximately $95,800 plus HST, according to the report.

The staff report also recommends cancelling the search for a third deputy chief, which is currently “on hold,” the report states.

The recruitment process for both executive positions should instead commence at the completion of several inquiries, independent reviews and evaluations of the three-week convoy protest, the report states.

The report does recommend continuing all community-based “consultation activities” to solicit input from community members on the search for the next chief.

That strategy, according to the report, would “(maximize) the board’s use of its time prior to the municipal election in the fall (on Oct. 24).”

Following the election, the report states, “it is anticipated that there will be further changes to the board’s membership…”

One day after Sloly resigned, city council removed Diane Deans from her position as chair of the police services board. Three other members of the board resigned: councillors Carol Anne Meehan and Rawlson King and council-appointed member Sandy Smallwood.

City council appointed councillors El-Chantiry and Jeff Leiper to the board and chose Suzanne Valiquet as the citizen appointee. El-Chantiry became the chair of the board, regaining a position he had formerly held for 12 years.

In the statement Wednesday, El-Chantiry promised to listen to the community and to work with fellow board members and local partners to deliver the policing Ottawa wants and needs. He thanked previous board members for their service during “one of the most difficult times in policing history in Ottawa.”

El-Chantiry cited priorities including reaching out to Indigenous, racialized and marginalized communities, rebuilding morale on the force and promoting equity, diversity and inclusion, and ensuring strong fiscal oversight and new services to respond to mental health crises.

-With files from Aedan Helmer and Matthew Lapierre