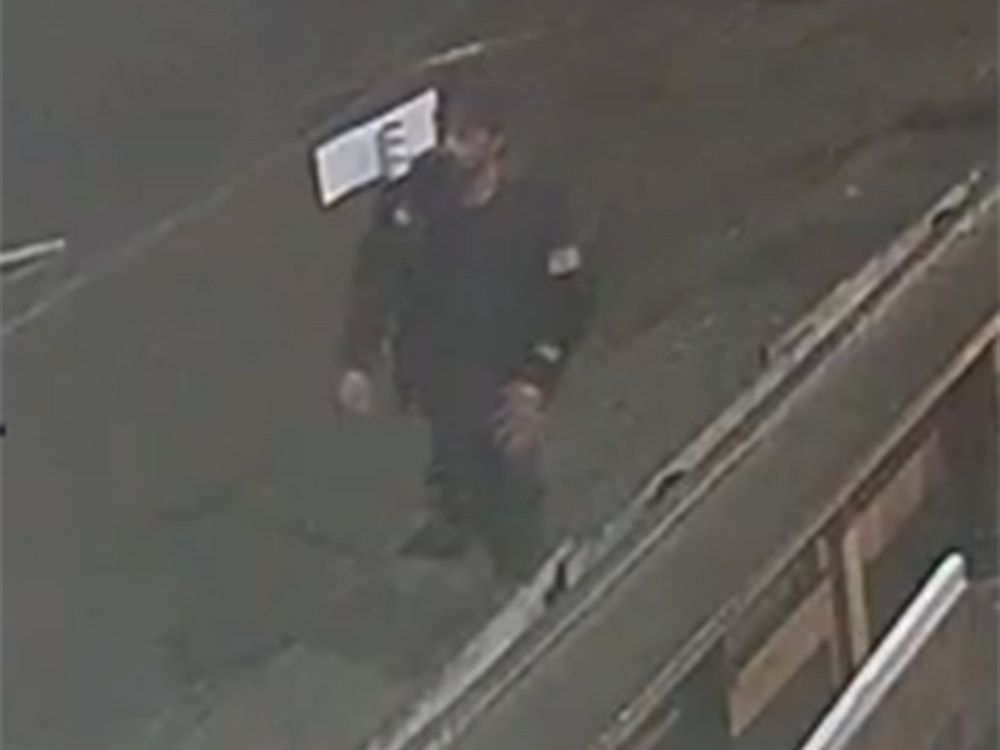 Calgary police are seeking help from the public to identify a suspect believed to be involved in an assault that occurred in Victoria Park in June.

It’s believed an assault took place involving two men unknown to each other outside of Bacchus Karaoke & Bar on June 5, around 12:05 a.m., according to a police statement issued Friday.

The victim was walking along 14th Avenue with a group of friends when he was approached by an unknown man who engaged in a brief exchange before allegedly striking the victim in the face, causing him to fall. The victim sustained minor head injuries and a concussion. Bystanders who witnessed the incident called for medical help and the victim was transported to hospital.

The suspect is described as approximately five feet six inches tall and having brown hair and a beard. Police said at the time of the incident, the suspect was wearing a dark-coloured leather jacket with a yellow horizontal stripe on the back, an olive-coloured hoodie underneath and a baseball cap.

Anyone with information about this assault or the identity of the suspect is asked to call the police non-emergency number at 403-266-1234. Tips can also be submitted anonymously to Crime Stoppers.