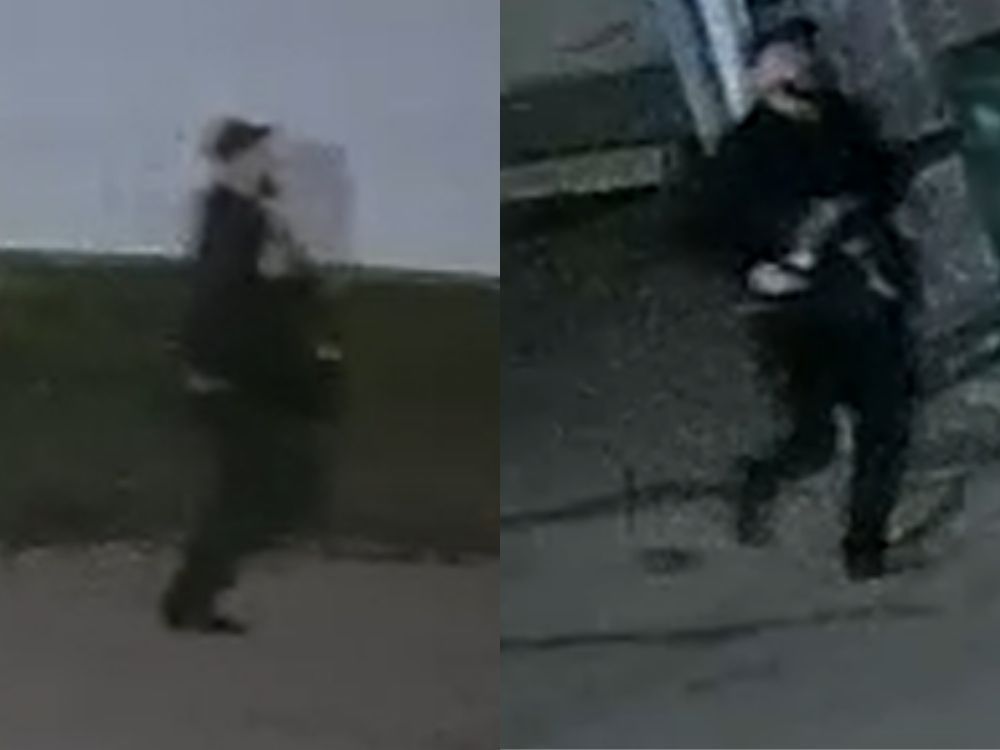 The suspect is described as a 25- to 30-year-old man with a medium build. He was wearing a baseball cap and was carrying a laptop-style bag

Calgary police have released surveillance video and images of a suspect wanted in an incident that involved a shooting and multi-vehicle crash Tuesday night, killing an innocent mother of five.

Witnesses said a red Chevrolet Silverado was driving in pursuit of a grey Volkswagen Jetta on 36th Street S.E. around 11:10 p.m. Tuesday.

As the occupants were shooting at each other, the two vehicles crashed into two unrelated vehicles at the 17th Avenue intersection.

Angela McKenzie, a 40-year-old mother, was inside a silver van when it was struck by the red truck. She was found dead at the scene.

Witness testimony originally suggested two people were seen fleeing the red truck after the collision. However, police said a review of CCTV footage has not confirmed a second person.

“We have verified that the truck was stolen and have a description of the main suspect who fled the scene after the collision,” said Staff Sgt. Sean Gregson with CPS major crimes section in a release.

“This suspect remains at large, and we encourage anyone with information about their identity or whereabouts to contact police.”

The suspect is described as a 25- to 30-year-old man with a medium build. He was wearing a baseball cap and was carrying a laptop-style bag.

We continue to investigate a shooting and collision that took an innocent woman’s life. We are seeking information on the identity of a suspect captured on CCTV. Anyone with info is asked to call 403-266-1234 or Crime Stoppers. #yychttps://t.co/BGO1OkMem5 pic.twitter.com/BMjq293ZDw

Gregson said it is still too early to confirm the motivation or connection between those involved in the shootout.

“We continue to investigate and again want to call on community members to help us with our investigation. Even small pieces of information can have a significant impact.”

Anyone with information about this incident is asked to contact police by calling 403-266-1234. Tips can also be submitted anonymously to Crime Stoppers.