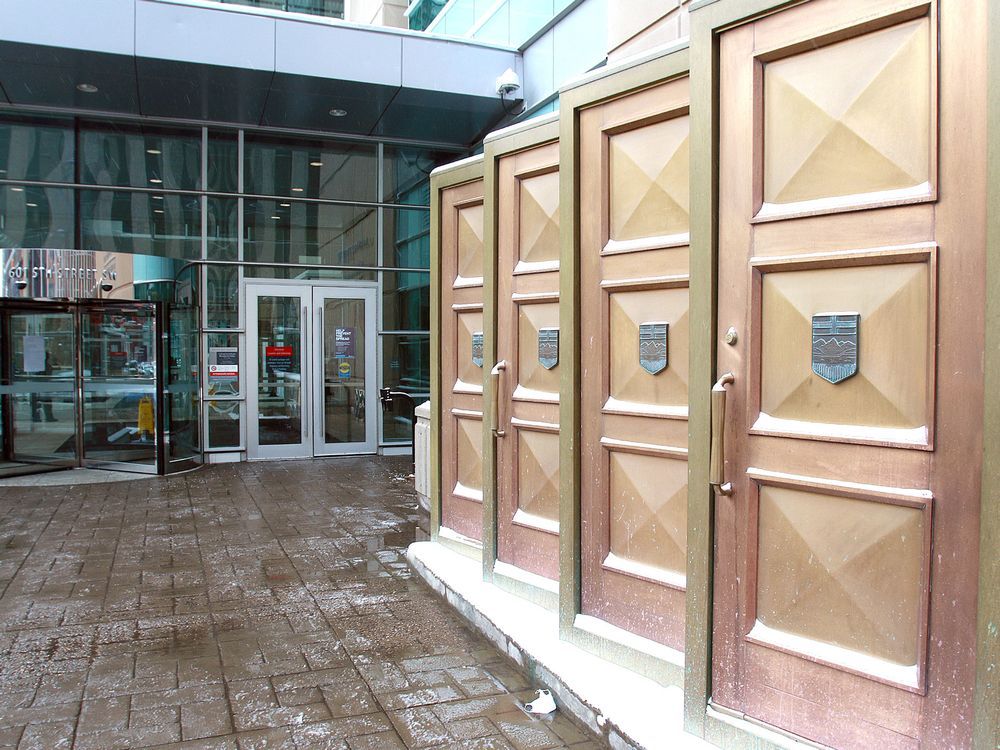 Justice Davidson concluded Cst. Mooney was held to an impossible standard of perfection

A Calgary Police Service officer fined for careless driving after he twice ran over a pedestrian has had his conviction overturned, says his lawyer.

Last October, Const. Laurence Mooney was ordered to pay a $750 fine after a Calgary judge concluded he was guilty of careless driving for backing his car over Evangelos Lagoudis on Dec. 4, 2018.

Traffic court heard that Mooney was backing his truck into a curbside parking spot on 2nd Street S.W. at approximately 17 km/h when he ran over Lagoudis.

Mooney, who at the time testified he thought he’d struck a snowbank, then ran his truck over the man a second time while moving forward to complete his park.

The constable’s lawyer, Cory Wilson, argued Lagoudis, not his client, was responsible for the accident that left the injured man with pelvic and rib fractures, along with lacerations to his liver, spleen and kidneys.

But traffic court Justice of the Peace Steve Davis disagreed.

While Wilson was successful in arguing against the imposition of a driving suspension, Mooney was relegated to desk duty pending the outcome of an appeal.

On Thursday, Court of Queen’s Bench Justice Kent Davidson acquitted Mooney of the charge, also ruling there’ll be no retrial.

Davidson concluded Mooney was held to an impossible standard of perfection for the two- to 2.5-second period of time in which Lagoudis was behind his truck before the collision.

The constable, he concluded, was already satisfied there was no one behind his vehicle.

And he said no analysis was conducted last October by Davis about Mooney’s use of the other mirrors while reversing, and that an accident itself is not evidence of carelessness.

“I am very pleased that Cst. Mooney has been vindicated,” said Wilson.

He said the 16-year CPS member’s assignment to desk duty will now be reversed.