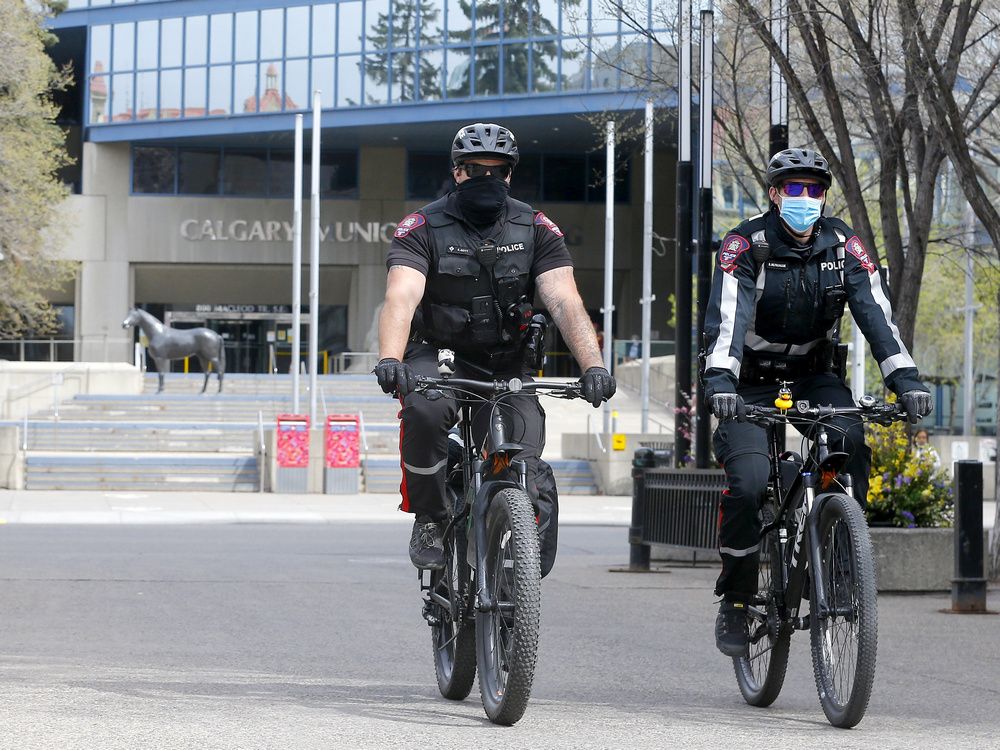 The Calgary police commission chair told city councillors that while she doesn’t have any numbers just yet, it’s “very likely” they will be seeking a funding increase at budget time.

Commission chair Shawn Cornett said the ongoing work of police reform, as well as the growing complexity of policing, is driving that need for more funding.

She said they’re looking at what that request would be and where it would be directed in the force.

In its written annual report, the commission said it is looking to increase hiring after a slowdown during the pandemic, with 70 vacant civilian positions and 125 vacant police positions.

Calgary’s police service has been the subject of much scrutiny, especially since the May 2020 death of George Floyd at the hands of a police officer in Minneapolis.

His death led to a wave of protests across the world, including here in Calgary, with some citizens calling for a defunding of police departments so that money could be diverted to social services.

Cornett warned that police morale is low at the moment, and she said part of the problem can be traced back to the provincial Police Act, which governs how police forces can operate. She said they can’t always deal with problems as they arise in a timely manner because of the current act.

“The process for addressing police misconduct is very antiquated,” Cornett told councillors. “And delays in investigating police actions are both hurting member morale and undermining public trust and police.”

She said anti-racism work they’re undertaking within the service is complex and has been slower than hoped at times. Cornett said both the service and commission are committed to delivering on the reforms they’ve committed to.

Chair Peter Copple explained how the civilian committee reviews instances where transit peace officers use force, in part to learn from the actions that were taken.

Numbers put forward in the report did appear to show an increase in the use of force incidents on transit, from 448 in 2020 to 819 last year. However, the number of incidents that met the threshold for a review was almost unchanged between the two years, at just over 110.

Coppel explained that use of force is a broad term, ranging from a hand on the shoulder to escort someone away, to the use of a baton or handcuffs.

The written report that went to council said the increase was in part caused by “the pandemic and the opioid crisis,” which “significantly changed how transit peace officers utilized force to keep (the) public and themselves safe.”

Coppel said officers are learning more about how to deal with people who are experiencing addictions or mental health problems, and described Alpha House as a “strong partner” in the work that is done by transit officers.