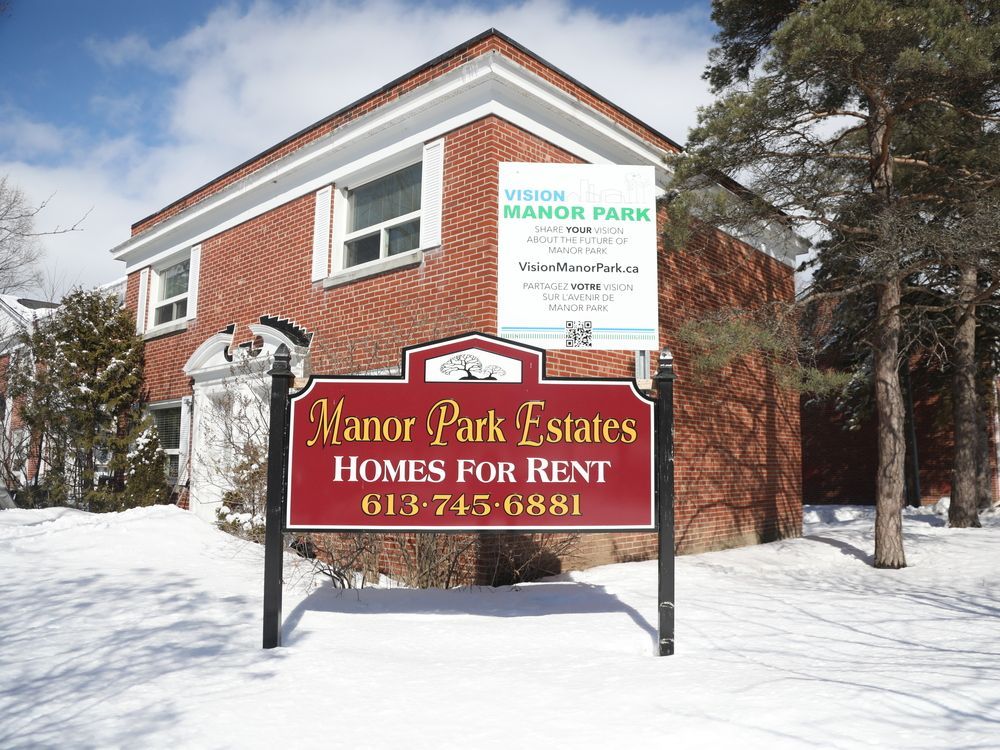 For a proposal to redevelop an entire low-rent, low-rise mature community in the city’s core, there was remarkably little friction on the way to a unanimous planning committee vote Thursday in favour of amending the city’s official plan for a transformed Manor Park Estates.

That’s not to say there was no opposition to the vision brought forward by Lalit Aggarwal and his family’s company, Manor Park Management. The mixed-use development plan they want to pursue over 50 years could deliver near 4,000 new residential units on the east Ottawa site they’ve owned for decades and where 654 mid-century townhouses currently sit. According to a staff report, there were hundreds of concerned submissions during the review of the developers’ application.

But at Thursday’s meeting, it was mostly traditional planning objections that were raised by the area’s councillor and the short queue of residents who spoke against the proposal –– from the level of density to traffic and green space impacts to the heights being contemplated for the 35-acre site: up to nine storeys on the northern parcel, and up to 30 in Manor Park South.

When displacement and affordability were mentioned, it was mostly to applaud the developer’s work to address those concerns. Absent was the condemnation that still surrounds Heron Gate, a now-notorious and fairly similar large-scale redevelopment whose spectre has hung over the Manor Park Estates project.

Jean Cloutier, a planning committee member whose ward is home to the Heron Gate community, congratulated Aggarwal on Thursday.

“You got out early with your communications, with your consultations, and the (Memorandum of Understanding) that you are going to adhere to I am sure,” Cloutier said.

Every existing tenant received a phone call before the developer submitted the planning application, the committee heard. Aggarwal held office hours to speak one-on-one with those who wanted meetings and organized consultation sessions on the redevelopment.

Then there’s the Memorandum of Understanding between the developer and the city, tied to the planning application, that includes a commitment that current Manor Park residents will be offered paid relocation to similar units at the same rents within the neighbourhood.

It also guarantees that existing townhouses will stay affordable until they’re torn down and that at least 10 per cent of new units will satisfy affordability criteria that have yet to be specifically defined. Director of housing services Saide Sayah said via emailed statement that the city and developer “will try to set rent at levels so that they are affordable to low and moderate income households in the community, so that households do not pay more than 30 per cent of their annual household income on rent.”

One thing the MOU doesn’t address is how rents will be handled into the future for those current tenants relocated into units not subject to provincial rent control or MOU affordability commitments. Project spokesperson Suzanne Valiquet said she couldn’t get comment when asked about the developer’s plans in this regard.

Another highlight of the MOU, one enthusiastically supported by area councillor Rawlson King, is an agreement by Manor Park Estates to work with residents “on a voluntary basis” on a community benefits agreement.

While noting that the MOU itself was voluntary, and negotiated in the absence of any policy framework, planning committee co-chair Glen Gower said he thought it “does raise the bar on expectations for builders.”

Even residents with opposing views on whether the official plan amendment should be supported shared a common appreciation for Aggarwal’s consultation efforts.

Manor Park Community Association president Natalie Belovic said the Aggarwal family had been very open to discussion and improved the original proposal, but the current plan was still “far too intense for the absorbent capacity of our community and our neighbours who share the infrastructure.” And, speaking from her 43 years as a realtor, Belovic said that, although they might start out there, “families don’t really want to live in a box in the sky to raise a family.”

She requested that a decision on the application be deferred to allow for more work on density and building type and increased clarity around recreation infrastructure, transportation and schools.

On the other side of the spectrum was Ayse Comeau, a seven-year Manor Park tenant and past volunteer with the community association, who said renters “would much prefer to work with Mr. Aggarwal than to deal with a big developer who won’t blink an eye before evicting tenants with minimum legal notice and compensation,” and suggested the Aggarwals could sell to someone else if roadblocks to redevelopment became too much.

Planning committee’s newest member, Cathy Curry, said she felt for King over the complexity of the file and added that, if this development was proposed in her Kanata North ward, she imagined she’d be hearing similar things from residents.

“I don’t think this is NIMBYism. I think these are real issues that need to be worked through,” Curry said. “The other thing I’m hearing, though, is a willingness by some of the residents to say, ‘You know, this could be the best developer anyone could ever have to work with.’”

Staff explained to committee members that the proposal was “largely consistent” with official plan policies and that the vast majority of building heights being pursued wouldn’t actually require an official plan amendment (OPA).

If council approval is ultimately granted to the proposed secondary plan and associated OPA, establishing maximum building heights and land-use designations for Manor Park Estates, more granular details would be hashed out in subsequent phases of the development process, such as zoning and site plan control.

Before recommending approval, most planning committee members kiboshed a request by King to defer their vote to allow for more negotiation between the developer and community members who still weren’t satisfied with the proposal.