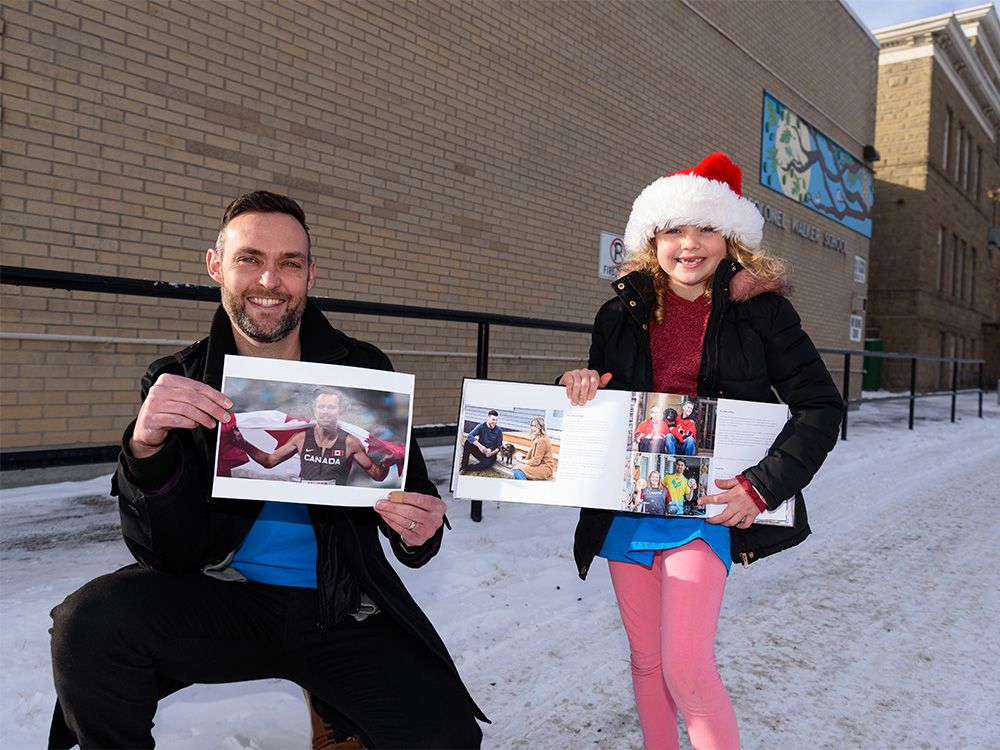 Nathan Riech was just 10 years old when a regular round of golf turned tragic.

A player from another group drove a ball into the back of his head from about 150 yards away, causing a devastating brain injury and paralyzing his entire right side.

“It was one of the most difficult times of my life. I still remember lying in my hospital bed, my family around me, and I can’t move.”

Yet Riech was able to pull himself out of the darkness.

Working with doctors and therapists, Riech eventually regained movement on his right side, relearning how to walk and then run.

“Track was actually my rehab, I really loved it, and things kind of took off from there.”

By high school he was competing in track, earning NCAA scholarships at two U.S. colleges.

And today, at just 26 years of age, Riech has broken world records in the 800- and 1,500-metre events, and has placed first in five international competitions, including a gold medal at last summer’s Paralympics in Tokyo.

Riech has translated his lifelong journey through adversity into strength, success and mental fortitude, and now shares those lessons through his work with Classroom Champions.

Spanning the U.S. and Canada since its start in 2010, the non-profit program based in Calgary connects athletes such as Riech with teachers and students, inspiring them to tackle their own unique challenges.

“It’s been such a great opportunity,” Riech said. “I get just as much reward through the program. These kids, and their great questions, really make me smile.”

Geoff Kearney, a Grade 3 teacher at Colonel Walker School, says the program has become an instrumental part of his curriculum in teaching students about life skills.

Kearney’s class is one of about 40 across the city that regularly work with Classroom Champions.

Riech connects virtually with Kearney’s class once a month through video, setting a new challenge for the kids, including goal setting, handling strong emotions, deep breathing, meditation and service to the community.

As a young athlete, Riech recalls many times, especially at the beginning of races, he would feel incredibly stressed, anxious and overwhelmed.

He started working with a psychologist who taught him the benefits of meditation and deep breathing, which he is now translating into his work with students.

Kearney says Riech has taught his Grade 3 class about success, not just in sports but in life, by talking through emotions.

“It’s hard, especially with young students. Sometimes they wear their heart on their sleeve, but other times they’re so resilient,” Kearney said.

“Nate talks about how he handles his emotions, that he still can get nervous, have doubts. But he shares his strategies, too, whether it’s deep breathing or meditation, just simple things the kids can do.”

This month, students in Kearney’s class created Christmas cards with positive messages, anonymously dropping them into mailboxes throughout the community near their school.

“The students have really enjoyed that, it’s very hands on, and they know they’re making an impact each time they drop a card in a mailbox.”

Kearney, who’s been working with Reich for eight years, says Classroom Champions has become especially important during the pandemic, with students facing a whole new set of stresses yet still able to connect with athletes virtually.

Josephine Brown, a Grade 3 student in Kearney’s class, said COVID has made it hard not being able to see friends, having her swimming lessons cancelled and having to wear a mask at school.

But she says Nate has taught her to tackle frustrations head on.

“I’ve learned how to handle my emotions when I’m feeling frustrated. I like to cuddle my stuffies, take deep breaths, and talk to my mom and dad about how I’m feeling.”

Josephine is also setting new goals thanks to Nate, she adds, such as reading more at home.

Riech says the program allows him to provide supports similar to the ones he’s benefited from since his accident.

“My success has always been about all the great mentors I’ve had in my life, through so many hard times.

“So if I can be that for someone else, whether it’s one kid or many kids, I never wanted to regret not putting myself out there.”

Today he spends much of his time training in Victoria, B.C., preparing for next summer’s World Championships in Japan.