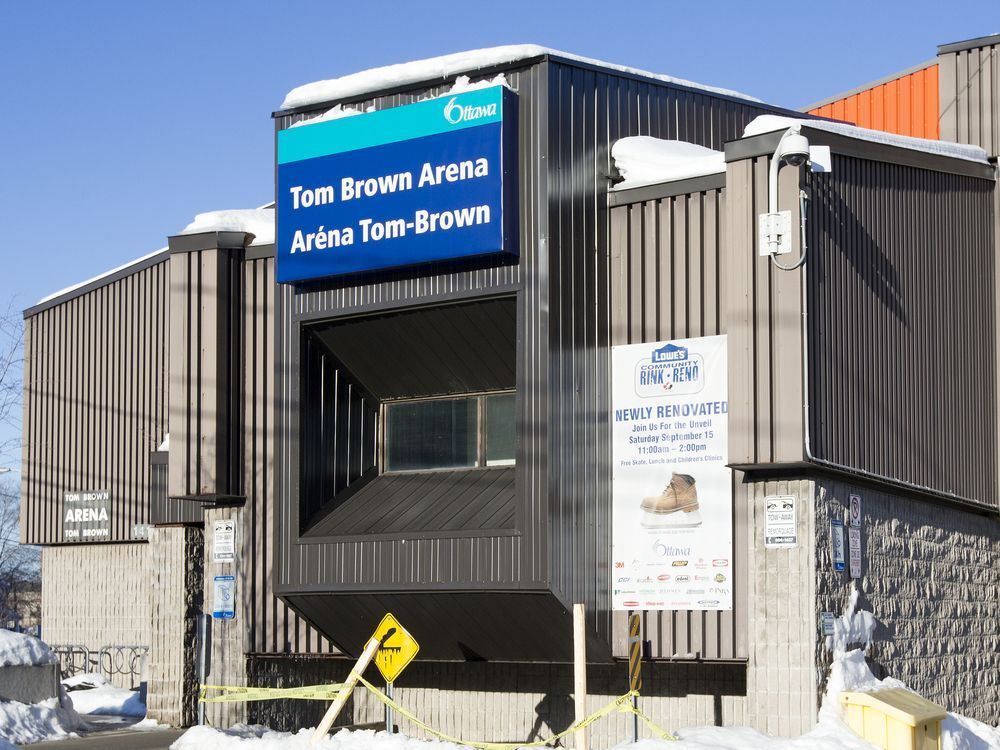 In response to a virus outbreak in the city’s shelter system, it was used from mid-January forward to house about 70 people experiencing homelessness overnight.

The overnight emergency shelter at Tom Brown Arena is closing this week, ahead of schedule and in the aftermath of vocal complaints about crime, drug use, late-night noise and loitering.

A memo from the City of Ottawa’s COVID-19 “Human Needs Task Force” command centre said the arena would return to a day-respite centre on Thursday, instead of a planned May 31 switch.

The arena and associated community space on Bayview Station Road had mostly been a daytime centre since November 2020 to help vulnerable residents cope with the isolating effects of the pandemic.

In response to a virus outbreak in the city’s shelter system, however, it was used from mid-January forward to house about 70 people experiencing homelessness overnight. They slept on cots set up on the former ice pad.

Local residents said this was “a different population” from those using the daytime centre and problems emerged: syringes left around the arena and nearby Bayview LRT station, piles of drug paraphernalia and liquor bottles and disruptive behaviour.

Residents and businesses noticed a spike in crime, late-night noise and loitering, thefts and people in mental health distress.

This change in service delivery is due to the lifting of outbreak status within the single adult shelter system and pre-existing arrangements to transfer the residents in April,” reads a city email sent to the community Tuesday.

The memo said the plan is to maintain the day-respite centre until early August, when those services will be moved to a building on Catherine Street. Tom Brown should return to being an arena and community centre in the fall.

Local residents and businesses had been supportive of the respite centre but grew concerned when the overnight shelter was still in place beyond the initial April deadline.