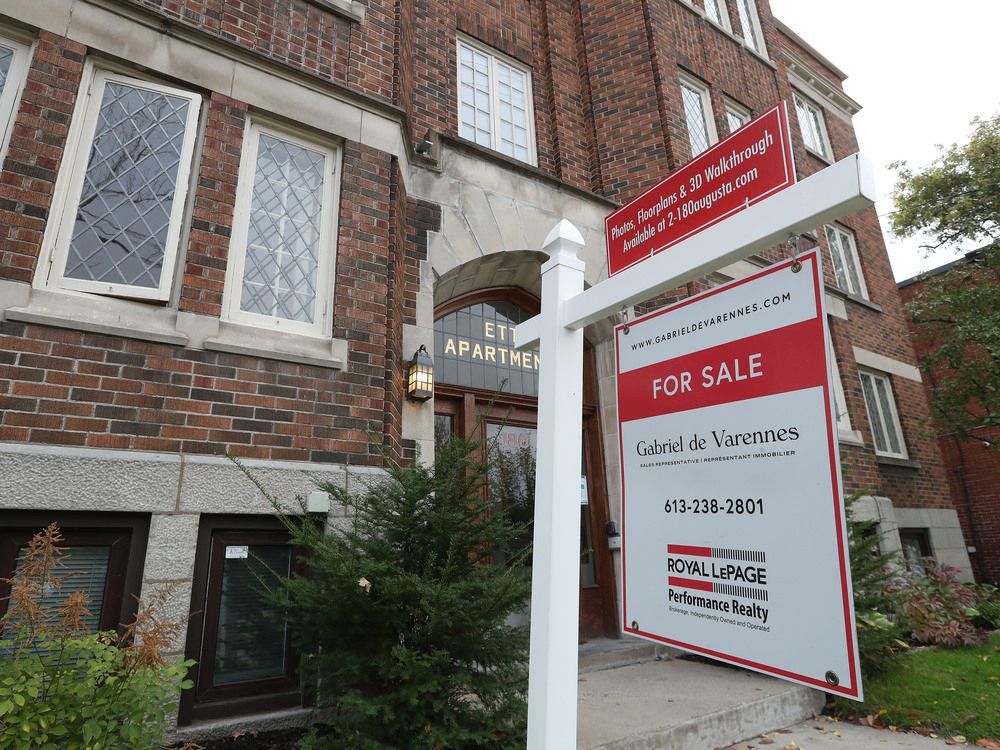 It will take a lot to slow the pandemic-fuelled momentum of Ottawa’s residential resale market. In March, the average price for a residence topped $853,000. Condominiums fetched $479,000. Both were record averages for the region, according to data published Tuesday by the Ottawa Real Estate Board. Sales of residences in the surrounding valley accounted for about one-quarter of the total.

For those seeking a sign that this real estate bubble might stop inflating one day, there was a thin reed of hope in the relatively modest gains year over year: The average price rise for residences in Ottawa and the valley was 12.5 per cent, while condos appreciated slightly less than 10 per cent. These were the lowest increases since the beginning of the pandemic in early 2020.

However, a deeper look at the data reveals some powerful price momentum still at play despite the prospect of rising mortgage rates. Last month’s relatively modest gains came on top of some truly spectacular jumps the year before. For instance, average residential prices in March 2021 had soared 36 per cent from the previous year. During the two years of the pandemic, residential properties have seen average price rises in excess of 50 per cent, representing a capital gain of nearly $294,000 for the typical homeowner.

Condo owners over the same period have seen the value of their properties jump 30 per cent or roughly $110,000.

The forces behind these trends are well known: historically low interest rates, slim inventories and an increase in the number of investors and people selling even more expensive properties in Toronto and elsewhere to pick up what seem relative bargains in the national capital region.

For first-time homebuyers, it’s distressing. A look at the March sales data for residential properties shows astonishingly few districts in which the average price is below $700,000. Of approximately 50 districts, four were in the surrounding valley and just one — Carlington/Central Park — was in the city proper. The latter district might even be an anomaly because residential sales there in February averaged more than $720,000.

Indeed, it’s little wonder that shopping for homes outside the city has been so popular, quite aside from the work-from-home phenomenon. The average residential price for valley districts in March was $670,000, up nearly 16 per cent from the same month last year. When valley data is removed from the totals, Ottawa’s residential prices last month averaged $913,200 for a gain of 11 per cent.

The board reported a slight increase in the number of properties available for sale across Ottawa and the valley. There were 953 residential listings at the end of March, along with 282 condos for a total of 1,235. This was up nearly five per cent from a year earlier. Sadly, shrinking inventories remain a long-running problem as well as being the trigger for multiple bidding wars in recent years for most properties. Just four years ago, potential homebuyers could pick from among nearly 4,700 listings. That was when the city’s resale market was thought to be normal.

Residential resale prices in Ottawa still had momentum in March though the yr on yr rise was the lowest in nearly 2 years a.t. @OREB! Ave.prices in the Valley climbed 16% to $670,000 while residences within Ottawa sold for $913,200 — up 11%. Here’s the breakdown by district: pic.twitter.com/wnz9H4X4KU