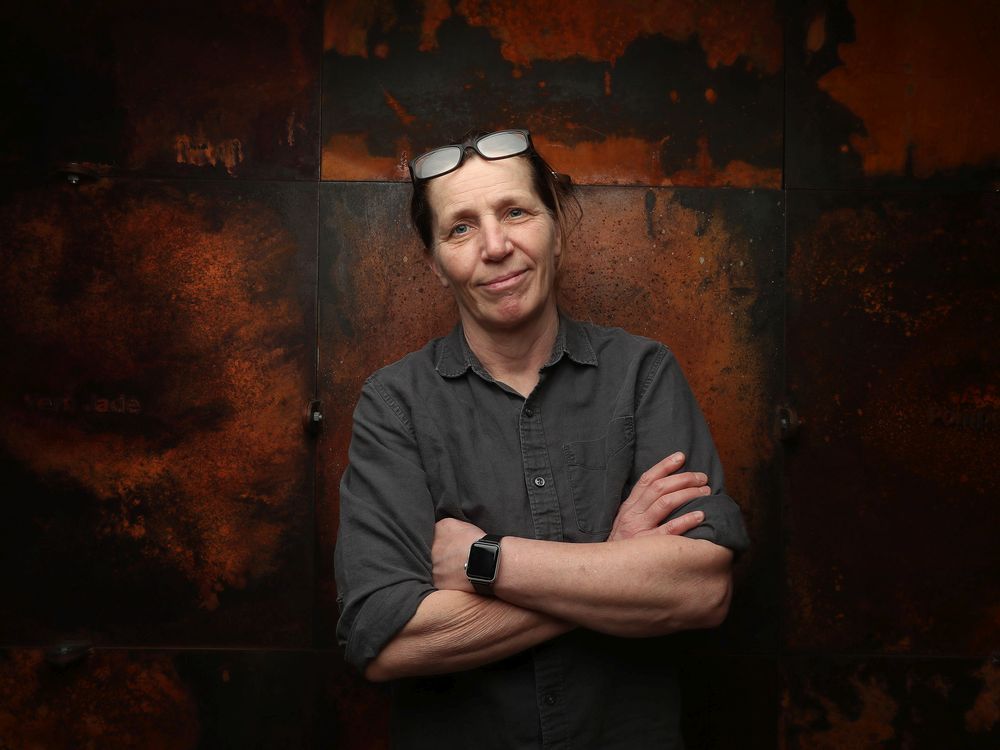 When Annette Hegel joined the marketing team of SAW Video in 2015, the artist-run new-media centre had an identity problem.

Although it had been part of Ottawa’s cultural landscape for decades, few people outside the contemporary art world knew anything about it.

There was, as Hegel put it, “brand confusion” between SAW Video, Club SAW and the original artist-run centre, SAW Gallery, which began as part of the legendary Sussex Drive cafe, Le Hibou. All but lost in the mists of time was the fact that the name, SAW, was derived from the street location, Sussex Annex Works, not that that clarifies things.

“The people of Ottawa had absolutely no idea who we are and what it is we do,” said Hegel, a German expat who came to Ontario in the 1980s to attend art school and found herself working in cultural marketing with a specialty in branding.

She became director of the Arts Court-based organization in 2018, and at the top of her list of things to do was to change the name. After a consultation process, the decision was made in 2020 to rename SAW Video to the Digital Arts Resource Centre, or DARC for short.

Why? “Because digital arts is what we do,” she said, noting that their work encompasses more than just video. The centre offers a range of training, resources and specialized equipment in all aspects of digital production, from cameras and lighting to synthesizers, audio gear and installation expertise. What’s more, it’s about to open a new, fully equipped soundstage at the nearby University of Ottawa campus, which will be available for the exclusive use of independent media artists.

Hegel’s to-do list also included coming up with something to celebrate DARC’s 40th anniversary, and she knew she didn’t want another retrospective, which had been assembled for the 35th anniversary. This time — ever since the extensive Arts Court/Ottawa Art Gallery renovations — the centre has a small gallery space, and a curator, Amin Alsaden, to fill it.

“We really felt that this year, at the point in time that we are, with the world on fire, that we need to look forward in a hopeful sort of way,” Hegel said. “Basically, I said to Amin that I really want us to bring voices into the space, and I would like to bring voices that are beyond the Ottawa white, middle-class homogenous community.”

Alsaden came through in spades, conjuring an ambitious series that features the work of a different artist every month for eight months. Entitled Tending Land, the exhibition revolves around the theme of land, seen from various perspectives. It continues until Aug. 12.

“There are all these crises in the world, from environmental breakdown to the rights and struggles of Indigenous communities,” Alsaden said, “but the more we thought about it, the more we realized it all boils down to land. The question of land is central for communities in Canada, but it’s also central to many around the world, especially those who have experienced colonialism, which is actually the global majority.

“So every single one of the works is about the experience of colonialism from a different angle.”

The exhibition started in January with a short film by a Black American, Ariel Rene Jackson, called The Future is a Constant Wake, which was inspired by the discovery of the bones of enslaved people buried beneath institutions. The next instalment came from Brazil-based artist Aline Motta, who explores her roots in a contemplative film that journeys between Brazil and West Africa.

This month’s work is the compelling Pre-Image (Blind as the Mother Tongue) by Hiwa K, an award-winning artist based in Germany. His film recalls pivotal moments of his long journey on foot in the ’90s from his homeland of Kurdistan to Europe.

To see it is to experience a perilous trip through a beautiful landscape. Until Hiwa finds his way onto a ship, you hear every sound of the countryside and follow every footstep, with an unusual prop giving a sense of his fragmented perception. The prop is a steel pole, adorned with small mirrors, that he balances on his nose, navigating only from the snatches of land reflected in the mirrors.

“He never knows where he’s going,” said Alsaden, who will conduct an online conversation with the artist at noon on April 22. “He relies on these fragmented reflections, and it’s always about being in the spot that you are, and how you have to build coping mechanisms, like that rod, that allow you to establish a relationship with a place, but never having a full picture.”

As for the future of DARC, there are plans to expand the centre’s training courses into a full-time educational program for emerging artists, with fundraising to provide students with a stipend during their studies. Also in the works is a proposal to bring programming and courses to folks in the rural areas of Ottawa.

Says Hegel: “I think we’re in great shape for another 40 years.”